During the software development life cycle, it is common for developers to modify existing code or introduce new features to their system. When doing so, the changes introduced can wreak havoc on the system by affecting the existing functionalities. To avoid code breakages every time you push changes into your codebase, you should execute a set of tests to verify that the code has no negative impact on your system. And this is where regression testing comes into play.

In this article, you are going to learn the importance of regression testing, how it can be automated, and some practices for successful execution.

Let’s start with a quick refresher on regression testing.

It should be conducted after any of the following events:

Testing the entire system after manually after any of the above-mentioned events would be tedious, costly, and time-consuming. Development teams can speed up their workflow by leveraging the power of test automation. Through automation, a series of pre-developed testing scripts are executed after every single code modification.

This way, they can cut down their testing costs, reduce human errors, and maintain higher precision while running continuous regression tests.

Why Use Automated Regression Testing?

Development teams perform regression tests repeatedly, which makes these types of tests excellent candidates for automation. Additionally, there’s a need to test every system component thoroughly before it moves to the next phase of development. Otherwise, you risk piling up technical debt, which is costly and highly detrimental to your development workflow.

Remember that the cost of fixing bugs increases exponentially across the phases of software development, and could be up to 30 times more when a product is released.

Here’s a quick illustration of how this cost increases over time. 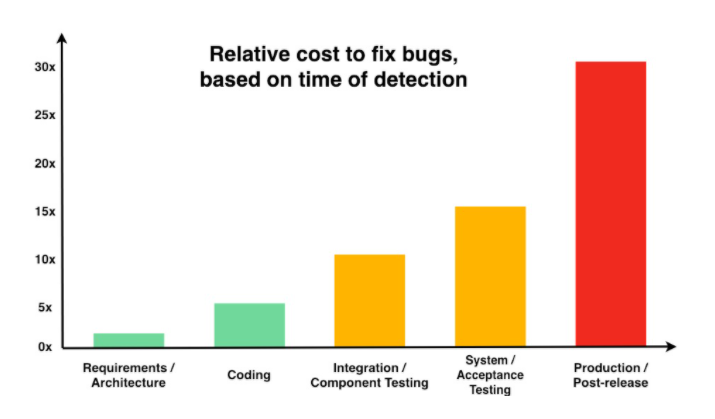 The Exponential Growth of Bug-Fixing Costs

The insanely high costs of fixing bugs can be avoided by conducting thorough tests to detect bugs in the earlier stages of development. Automated regression testing is one such effective solution that helps development teams to detect and fix the bugs early enough.

Other than improving bug detection, automated regression testing brings a host of benefits to your development workflow, including:

How To Perform Automated Regression Tests

Like any other type of automated software testing, you must follow a pre-defined testing roadmap for the successful execution of regression tests.

Next, follow the following four steps to automate your regression tests

There are many techniques for performing automated regression testing. The approach you choose depends on your development priorities, the size of your codebase, and available resources that you can commit to the testing process. Here’s a quick rundown of three of the most common approaches:

Other than these, you can use a hybrid regression testing technique by executing priority tests first, then running other necessary tests to achieve full coverage and avoid missing out on bugs.

As mentioned, regression tests take different forms depending on the changes made to your codebase. Some are performed after adding a new feature while others are executed after fixing a pre-existing bug in your system. Some practical scenarios for regression tests include:

When a new build introduces an ‘update data’ feature that allows users to make modifications to the data, a regression test is performed to ensure this new feature does not affect the ‘Add’, ‘Save’, and ‘Delete’ functionalities.

Once an effective fix is implemented, the testing team will check the system to ensure that the fixed bug works correctly and that it does not affect other modules. The process of ensuring existing functionality remains unaffected after fixing a bug, in this case, is our regression test.

A scenario like the one above presents multiple test cases that you should look at. One such test case would be verifying the login functionality, where a user enters their login credentials (username and password) then clicks the login button.

A step by step implementation for testing this functionality would look like this: 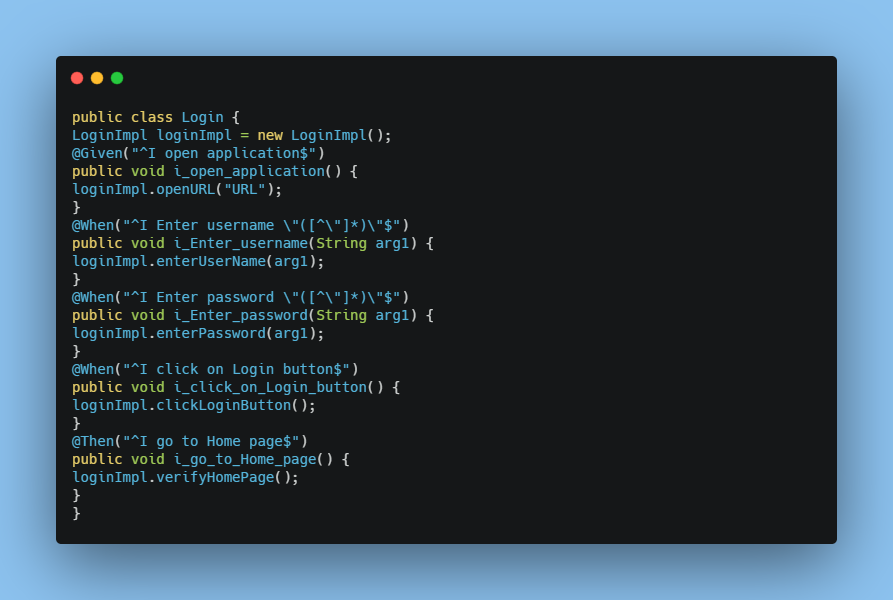 When implementing the feature file for this test case, the resulting login functionality class should look like this: 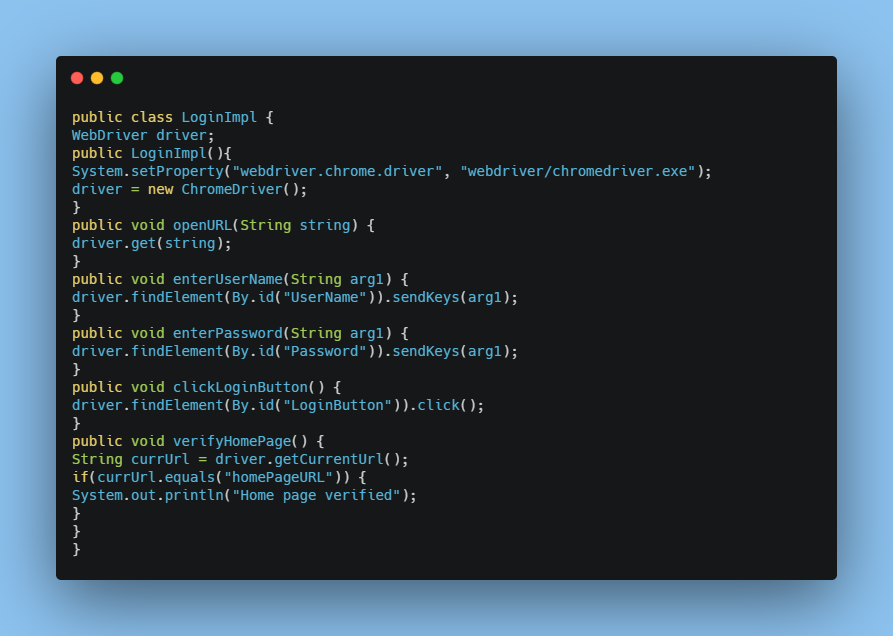 The above is just an example of a manual regression test. When using automation, there’s no need to hard code the test script. Let’s say we’re using a test tool like Perfecto, which allows you to automate your regression tests.

You’d start by identifying possible regression tests and documenting the workflow for each test case. Next, you use the Perfecto dashboard to model your test scenarios. Here, you will create a flow of steps and Perfecto will transform your workflow into test scripts.

Here’s an example Test flow on the Perfecto dashboard: 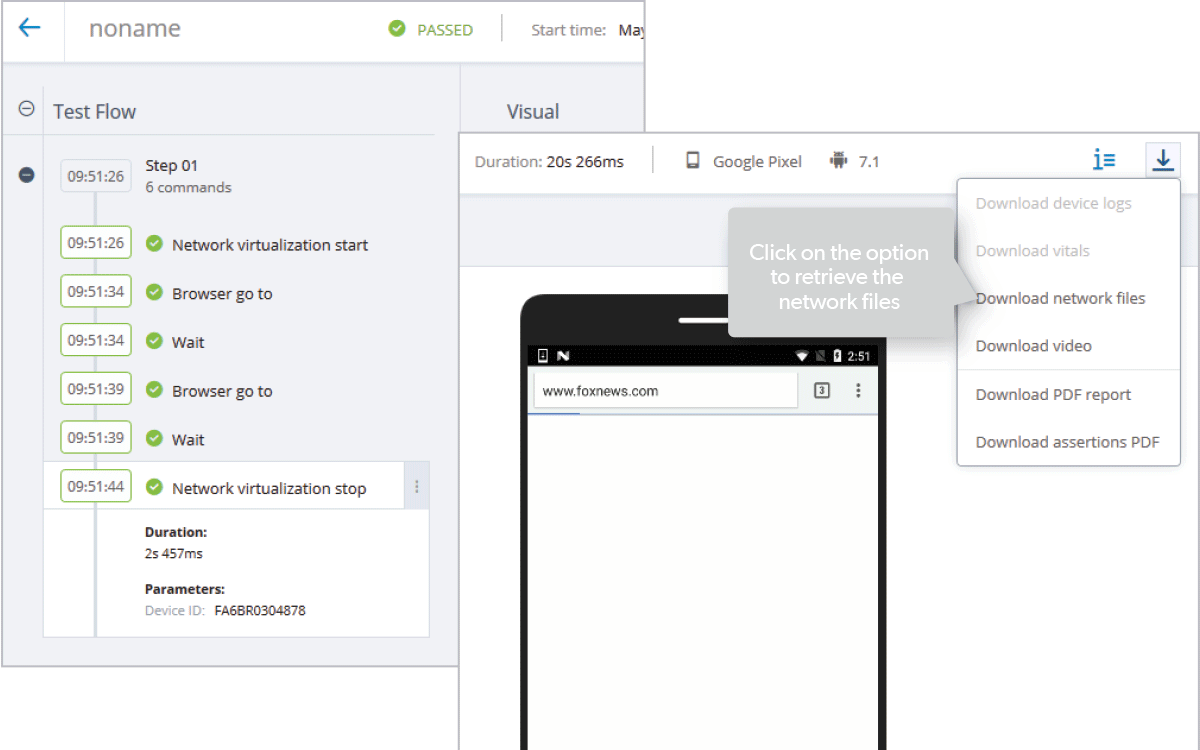 Once your workflow is ready, you can execute the test and wait for your results. After completing the test, Perfecto returns a pass or fail status with detailed feedback for every executed command. You can then analyze test results, generate reports, or re-test the changes.

So, how can you address these challenges and make your automated regression tests a success? Here are a few pointers.

Following the above practices will help you run smooth regression tests that guarantee a positive outcome.

Regression testing is an effective way of improving the maintenance of software projects while reducing potential technical debt. With automation testing tools like Perfecto, development teams can streamline their regression testing efforts and ensure the quality, stability, and proper functioning of products before they are shipped to production.