The concept of a heavily segregated logical design in order to achieve “Almost-Infinite” scalability systems is stated in the illuminating paper “Life beyond Distributed Transactions: an Apostate’s Opinion” by Pat Helland, as well as in “Implementing Domain Driven Design” by Vaughn Vernon’s.

In this article, I’ll try to give a few insights from my perspective, regarding the concept of “Almost-Infinite Scalability” and its strong relationship with logical design.

According to my experience, one of the hardest parts to put in practice in DDD has always been the design of aggregate roots boundaries. Typically, in the early years of DDD, we had big clusters of entities, all starting from a “central” one. Each of those entities was related to other ones by means of direct and unidirectionally navigable associations.

The ORM takes care of fetching related entities usually by lazy-loading them. This mechanism was used between aggregate roots themselves – although I’ll show that it wasn’t so beneficial to the model.

One justification was to easily support reads in the same model used for writing, which was another very strong “hidden” assumption. Everything was simply well supported by all the tools we had in place. ORMs, proactive and imperative technologies and relational (transactional) databases, all seemed to support this kind of design so well that the expressing concerns of “transactionality by design” was simply perceived as overkill.

The guidelines discussed by Vernon in the form of four “rules of thumb” lead to a completely different design perspective. They are logically justified by OO fundamentals like the Single Responsibility Principle, Interface Segregation Principle and so on. 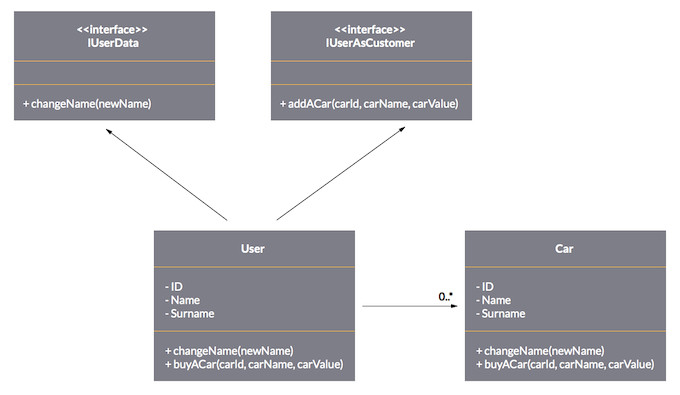 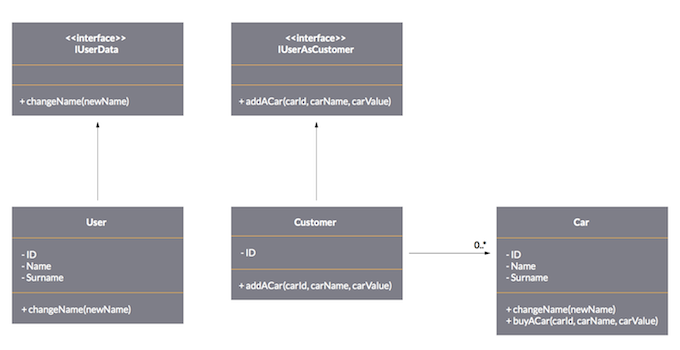 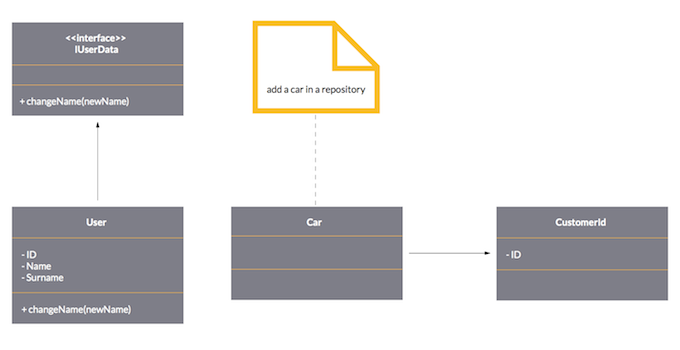 As seen above, by using a consecutive application of a set of well-known OO principles, we inherently achieve an aggregate partitioning that complies with Vernon’s “rules.”

Architectural Benefits of a Segregated Model

Actually, in a distributed system, each entity could stay on different machines. That implies transactional locks on different places with reliability and performance problems. This effect is made even more apparent when considering distributed elastic systems where the effects of massive distributed transactions are even less predictable. It’s true that it’s possible to imagine scale-aware Data Mappers that would preserve model “transparent” navigability.

My whole point, though, is that tool-based navigability between aggregate roots is a mistake per se. It does not give any benefit out of the simplicity to think about it from a relational perspective, but it comes at the price of renouncing to all the benefits mentioned above.

What I really like of domains segregation, from the scalability and transactions management point of view, is that it models transactions in a way that enables system distribution by (logical) design. In other words, everything is in the domain.

DDD is all about making domains and contexts at the center of the application, so the in-memory relational approach misses the whole point. Furthermore, it generates the same problems of lazy-loading (database overshooting), made more severe by the fact that the majority of NRDBMSs is not as good as RDBMSs when it comes to responding to big bunches of queries at a time.

In this sense, non-relational technologies are a very good chance to put in practice domain normalization, as they usually reduce the gap between a carefully designed in-memory domain model and its persistent representation.

As we have been witnessing more and more at Apiumhub, functional programming principles often aren’t in contrast at all with the classical ones of Object Oriented design. It’s important for us to stress the concept that small focused domains carry an important feature: composability over navigability, as opposed to the typical approach of “nesting aggregates” that comes from more classical approaches in DDD.

Composability might be the most highlighted property that comes from functional programming. In this sense, application transactions can be seen as a (monadic) composition between domain services.

Disclaimer: I’m writing about the logical segregation we see above. I won’t map it to physical units of deployment here, nor will I go through the “microservices” debate in this article.

In our experience, the drawbacks in segregating “too much”, are mainly:

While the first point can truly be a problem, even for experienced teams, it is often only up front perceived like proliferation of modules. Even if I acknowledge that it’s not easy to catch abstractions in the first place, it obviously calls for an iterative process, and having smaller modules normally helps it.

Another fact is that, if there are “too many domains,” it probably is because of some duplication in business rules modeling, or because it calls for a new bounded context.

Nevertheless, it’s true that, very often, developers perceive a problem when logical modularity forces to a proliferation of physical modules.

Regarding the second point, we are convinced that there are better ways to express domain services, removing lots of boilerplate code and physical files by using higher levels of abstraction in connecting code. This is especially relevant in technologies like Scala language.

Published at DZone with permission of Christian Ciceri. See the original article here.