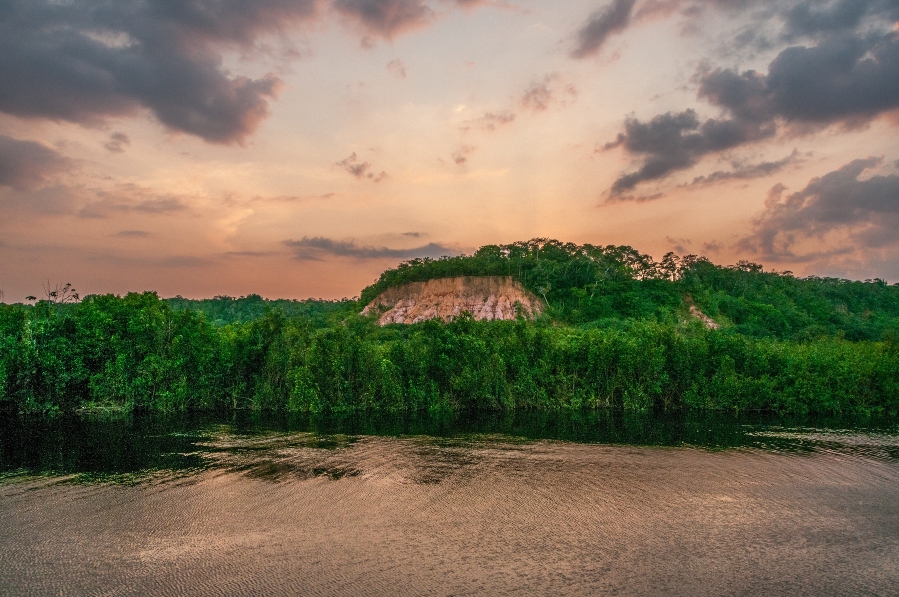 According to the National Institute for Space Research (INPE), satellite data showed an 84 percent increase in Amazon forest fires compared to 2018. The space agency reports its satellite data has detected more than 80,000 fires since January 2019. And the latest one has extended for over two weeks now.

As per NASA, "The intensity and frequency of droughts...regional deforestation, and anthropogenic climate change" are responsible for these fires in the Amazon forest (a forest that contributes 20 percent of the oxygen). Cattle ranching is another major contributor to this tragedy, and that boils down to our dependency on meat.

Could big data have helped Brazil avoid fires? In my opinion, yes. Then, what went amiss that there was no prediction or emergency alarm? Well, Bolsanaro has initiated an investigation to figure out what went wrong. While they continue with their study, let us learn how big data plays a vital role in fighting fires. Big data analytics can help every government to save their forests from fires by taking precautionary measures to protect their environment.

You may also like: Stopping Extinction: IoT and Wildlife Conservation.

First, analytics can help detect dead trees by location. The count of fallen trees, since the wood is dry, can alert forestry for immediate removal. Analytics can also help locate patches of dry weeds and shrubs. It can identify areas of tree-density and corresponding weather to analyze if the weather dry enough to cause a fire.

Second, with the help of analytics, forestry can determine patches of dry land. Through this determination, forestry can make arrangements to soak those land areas by digging tunnels from the nearest waterbody. Cloudseeding and weather modification could be two artificial ways for the forestry to increase the induction of moisture into an environment to cause rainfall.

Third, analytics can help analyze the distribution of animals. Studying migratory movements of birds and animals is a good indicator of the climatic status of specific land areas, as these creatures have advanced sensory organs amiss in humans. Abandoned rainforest areas elicit climatic investigation through special research groups and grassroots mobilization.

Fourth, analytics can help analyze scattered indigenous populations who by living close to nature can have a better sense of the environment in a specific area than others. After birds and animals, tracking the relocation movement of the tribes can be a vital indicator to send personnel for investigation of the abandoned area.

Fifth, analytics can help harvest fruits and other forest produce before an impending fire. Even if it is premature harvesting, doing so could save the supply chain immensely, both in terms of raw material availability for recovery and financial loses.

First, modern analytics is not local — it is global. Weather monitoring institutions across the world can collate their data to understand indicators, causes, and patterns of a wildfire. This will be a way to understand the amount of preparation required to combat a particular scale of the fire. Climate intelligence bureaus of each country can draw from data and mechanisms for collective disaster management.

Second, periodic field audits can help counter the massive outbreak of fires. This data is not inexpensive, but governments can undoubtedly allocate a fraction of its risk mitigation budget to keep a check on enormous fire breakouts. Scientific bodies should take active participation in alerting countries under massive fire threats.

Third, the Los Angeles Fire Department leverages Wifire that predicts the movement of the fire by studying wind-direction and atmospheric density. It is a web-based platform that processes signals, assimilates data, models space footages, and analyzes current and historical data to predict fires. The Thomas Fire of Santa Barbara and Ventura was combatted using Wifire.

Fourth, data can be gathered using lightweight drones. For that, a government does not even have to bank on external liaison. Forestry can use this as an intelligent device to map unpenetrable parts of a rainforest. In this area, technologists are working hard to strengthen these drones to carry dry ice for seeding clouds for rain. I know that it'll be a significant breakthrough in firefighting technology.