Recently, Apache Ignite 2.0 introduced a beta version of the in-memory Machine Learning grid, which is a distributed Machine Learning library built on top of the Apache IMDG. This beta release of ML library can perform local and distributed vectors, decompositions, and matrix algebra operations. The data structure can be stored in a Java heap, off-heap, or in distributed Ignite caches. At this moment, the Apache Ignite ML grid doesn't support any prediction or recommendation analysis.

In this short post, we are going to download the new Apache Ignite 2.0 release, build the example, and run it.

Download the Apache Ignite 2.0 binary release version from this link. Unpack the distribution somewhere in your workstation (e.g. /home/ignite/2.0) and set the IGNITE_HOME path to the directory.

Run the following command in the terminal window:

Go to the /examples folder of the Apache Ignite distribution. If you've already installed and configured Maven, run the following command from the examples folder:

The above command will active the Machine Learning (ml) profile and build the project.

Let's run the simple local on-heap version of the vector example. Execute the following command in your terminal windows:

You should get the following logs in your console:

All the examples are autonomous and don't need any special configuration. Examples named with Cache such as CacheMatrixExample or CacheVectorExample need a remote Ignite node with P2P class loading. Let's run CacheMatrixExample with the following command:

This above command will launch a web browser and provide some HTML output as follows: 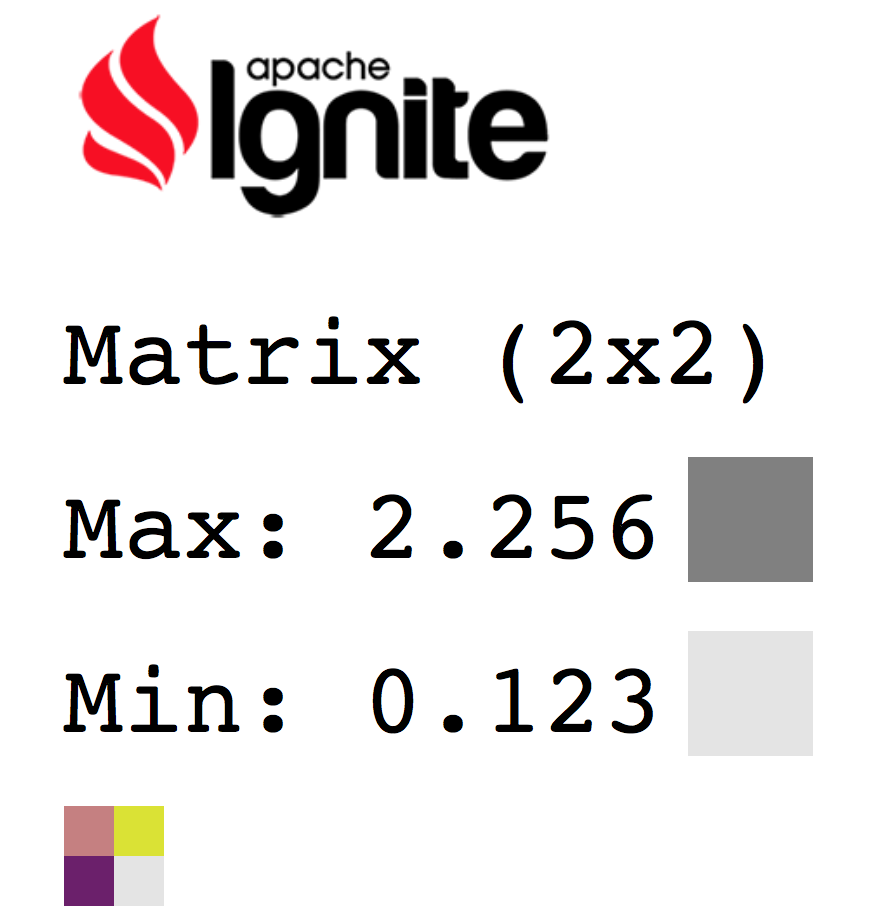 This is enough for now. Learn even more from the High-performance in-memory computing with Apache Ignite book.