Test automation is booming in the IT industry, and it wouldn't be too far-fetched to begin calling automation itself an industry. However, we're not so far ahead that there will be a less manual intervention in the functional testing of any product. There are lots of test automation tools in the industry and the one which is leading the pack is Selenium WebDriver. It's not just because it's open source, but because of the versatility it carries. Selenium does not require an in-depth introduction as it should be familiar to every QA expert.

We identify WebElements through different locators on the web page when we are using Selenium WebDriver. Some of the locators are mentioned below:

These eight locators are used to identify objects on any UI to perform testing operations with Selenium WebDriver. Among these, XPath is the most important one as it helps to handle dynamic elements.

There are two main types of XPath that are used in Selenium:

How to Create a Relative XPath to Identify Dynamic Objects

There are some ways to create a relative XPath which further helps to identify frequently changing objects on web UI.

Let's see the ways to create a relative XPath.

This is the format of creating a Relative XPath. For example, let's go to my DZone profile page. I need to write a Relative XPath to identify my name. See screenshot below: 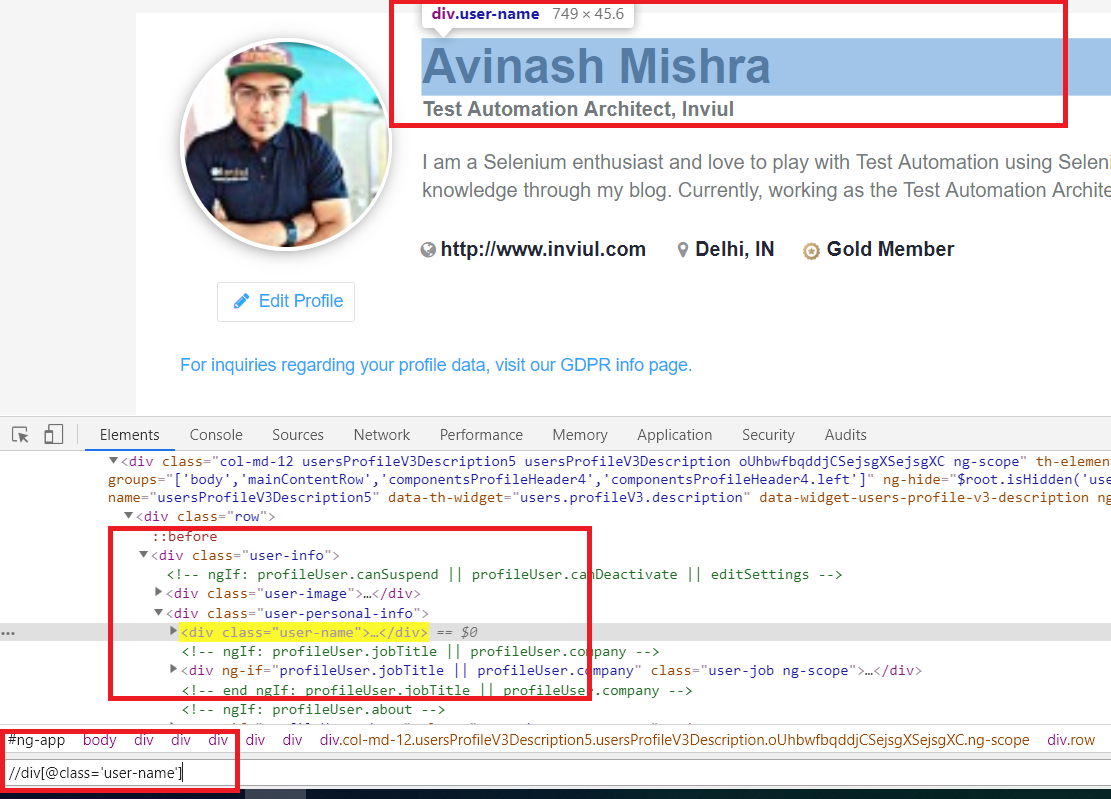 If you look at the screenshot above, you notice that I used div  as the tagname, class  as the attribute and user-name as the value of the attribute. This creates a complete XPath that looks like this: //div[@class='user-name']

We can identify elements through the axis as well by using some methods like following, preceding, parent, following-sibling, self, contains, starts-with, and ends-with.

Query Languages That Can Handle ShadowDOM

How To Use Name Locator In Selenium Automation Scripts

The Top Resources Around the Web For Learning Selenium WebDriver