As companies intensify their push toward adopting DevOps practices and cultural values, there are several practical methodologies cropping up. One such concept is GitOps, which stems from the DevOps need to automate everything and the philosophy of you build it you run it.

The fear of losing out to the competition warrants the need to be agile which then leads to a retrospective of how teams and organizations are getting code from ideation to production. DevOps! The motivation is simple: The faster the release, the more chances of securing the survival of your product in the fast-paced world of technology.

So, why is this such a big problem?

Well, the success of an organization or product leading to the scaling up of the teams and development capacity eventually becomes inimical to further success. Increased development capacity means more deployment coordination, larger and more complex systems to pull out of incidents, and more noise when building new features. Long story short, the smaller the team or organization, the quicker they can operate and push out code. This is quite intuitive and is also seen replicated across industry research.

However, this is not the only problem. A less intuitive issue impeding teams in their efforts to increase their velocity is adapting to new technologies. In this new age of software, cloud development is a popular choice for development. More specifically, Kubernetes as a cloud computing container platform is quickly gaining in popularity. 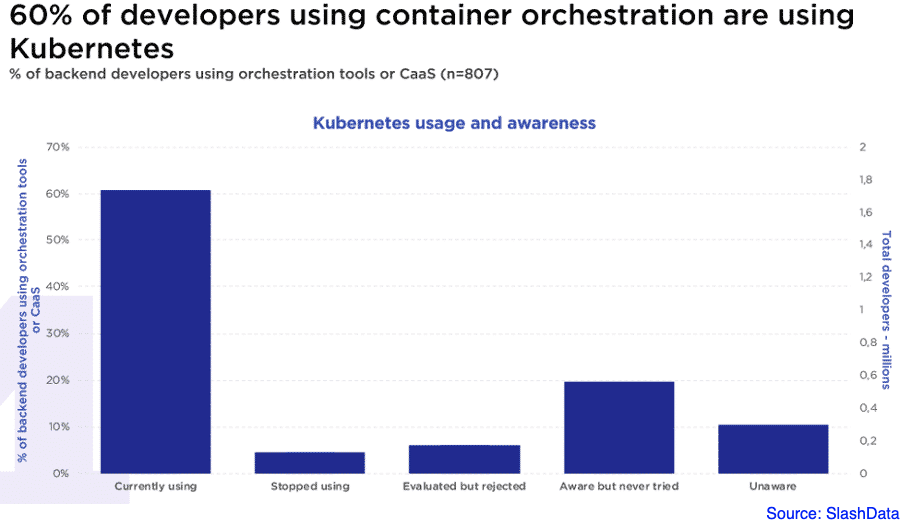 Therefore, teams attempting to adapt their development practices to better their performance also need ensure that these practices comply with their technology stack.

An Overview of GitOps

The aim of GitOps is to promote git as the single source of truth by which all other pipelines in the release cycle can be automatically triggered by git operations. The idea is to replace push-based pipelines with pull-based pipelines, enabling developers to perform deployments directly with their pull requests. This ideology is supported by a simple yet sophisticated infrastructure that kicks off a series of events in the deployment process once developers perform merges or open up pull requests.

For example, GitOps can be achieved with the following stack fo tools: 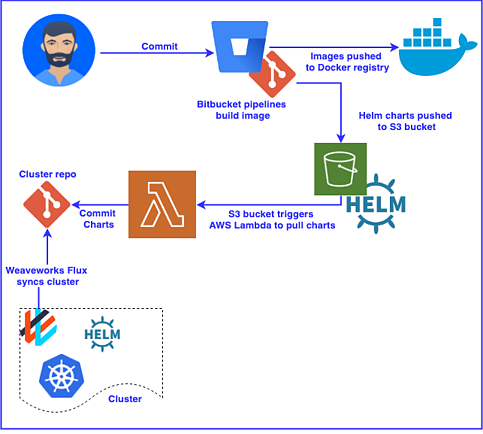 Considering what GitOps archives, the benefits are quite evident. One of the first obvious advantages achieved with GitOps is the developer’s experience and achievements in DevOps.

Considering the DevOps goal of breaking down silos, GitOps brings more control to developers, where developers work. The pull-based pipeline model allows developers to trigger the entire release and deployment process from within their code development tools, reducing the need for two things: The need for enhanced expertise in separate release and deployment infrastructure and tools, and the effort in switching between these different tools throughout the software building and operating process. GitOps really does promote the shift-left attitude, consolidating DevOps practices to a handful of tools that developers are familiar with, hence increasing productivity.

Similarly, there are many more advantages that GitOps achieves, but this is where we also get reminded of the fact that there is no such thing as a silver bullet in software. Alas, we do see some sacrifices made in our endeavor to increase velocity in building our Kubernetes-based systems.

Not All Is Well

Going through the literature and resources regarding GitOps, there is a lot of praise for how it simplifies the otherwise difficult Kubernetes plumbing. The basic idea of deploying to production just by creating the necessary pull-request brings in required automation and ease for software development teams.

However, there is an intrinsic issue that arises as we give up full control of the automated method, and that is the issue of observability. With the more traditional method of going to production, we see the involvement of a team member almost every step of the way. With GitOps, we no longer need this proactive involvement. That also means that there is a possibility of reduced reliability and assurance in what we are pushing to production.

Hence, one thing we see with GitOps is that extensive testing becomes imperative. We need to ensure that whatever we are creating a pull request for does not break production. Nevertheless, no matter what our test coverage is, there is always a possibility of missing some edge cases or encountering new unintended behaviors with new code deploys.

This is where observability comes into play, adding to the practicality of GitOps by providing the right insights to increase the visibility and assurance of what is being sent to production.

These insights are in the form of the three pillars of observability which are as follows:

These three forms of insights allow us to answer the most crucial question, which is the actual state of the intended state after deployment. This question expands over all facets of the system, including the intended UI, intended configurations, intended architecture, intended behavior, intended resources, etc.

For example, if the intended system is meant to have four Redis instances as per the definitions of the Kubernetes system in the Git repository of your GitOps system, then monitoring tools will periodically check for this. If the required number of Redis clusters is not met, then as per the alerting configuration, diff alerts can be sent.

These diff alerts not only inform us of divergence in the system but also play an integral role in the convergence of the system to the intended state within the scope of GitOps.

Considering our example above, when the system becomes aware of the fact that the actual number of Redis instances do not match with that desired, then diff alerts trigger the Kubernetes convergence operator. The operator then attempts to sync the actual stage with the desired state, leveraging Kubernetes’ convenient convergence property.

Finally, if there are no more diff alerts or if there is a converged alert, then the mechanism can conclude that the actual state has reached the desired state.

In this entire process, the imperative point is that we were initially aware of the difference. After all, we can only fix or sync that which we know has diverged from the intended state. As a result, it can be seen that observability isn’t only a concept to supplement GitOps but is absolutely necessary for achieving it.

Concluding Remarks on the Case for Observability

As a result, when considering our initial basic GitOps system illustrated in Fig. 1, we need to supplement it with the required observability enabling monitoring tools. 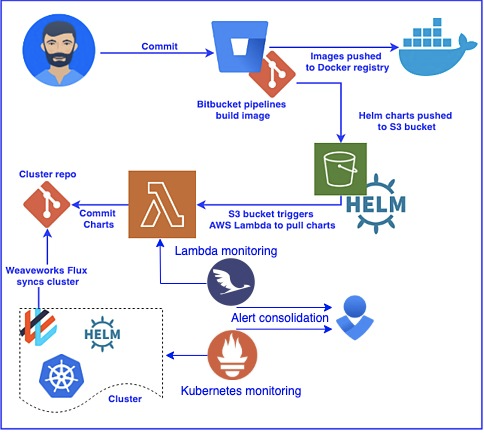 At the end of the day, when we consider the benefits of GitOps, it is clear why the concept is gaining in popularity. However, premature adoption is something we need to avoid at all costs, and this can only be ensured by securing the right practices in operating our Kubernetes systems. That means making observability an integral part.
Topics:
kubernetes, gitops, devops, cloud computing, observability, monitoring, alerting and notifications, container, aws, docker