anaconda announced the results of their first "state of data science" survey today. out of the 4,218 responses, 26% were from students, 16% were from data scientists, 15% were academics, and 15% were software developers. 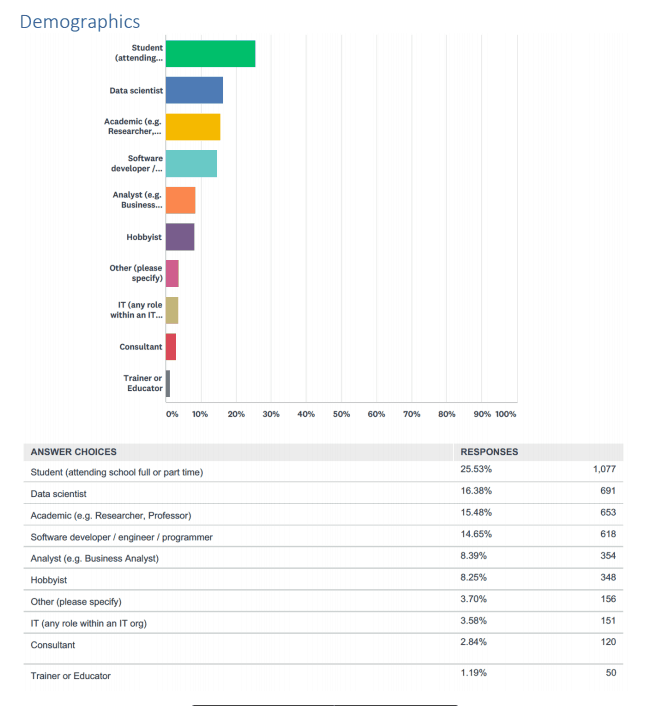 the key takeaways according to anaconda are as follows:

that last bullet point kind of bothers me, but i guess students don't understand the importance of open source. regardless, this is a really interesting survey on one of the top alternative versions of the python distribution. you can read the full announcement here .