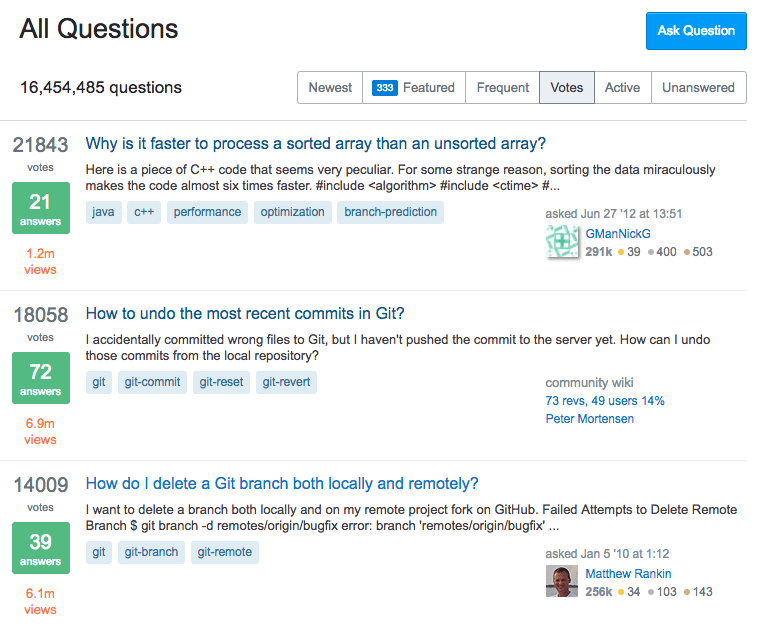 It's not hard to notice that 3 out of top 4 voted questions on StackOverflow are on Git!

This may mean one of two things (or both): Git is hard/unintuitive, or Git is one of the most common technologies used. It's the combination of both.

Let's analyze the top voted question for Git: "How do you undo the most recent commit in Git?"

Or in a picture:

The user says he has committed but haven't pushed yet. Why do you think this is perplexing in Git? Here are some of the adjacenta questions that might be asked:

Even if some of the above APIs existed, there are too many options. Let's review the first answer.

The first answer suggests to use the git reset command. The best way to think about git reset   is as if you can ask the HEAD pointer to move across the Git history graph.

In Git, we commit. Each commit adds to the history, which is a commit in time, right?

History can be described as a graph, meaning each commit is pointing to another commit (parent commit in case of non-merge commit), and thus we have a directed acyclic graph, yet another term.

So the answer asked the user to go back in time with the git reset HEAD~ command:

We have moved to the past!

So by using the reset command, we are telling Git: "Git whatever you are pointing to right now (HEAD) point to minus 1 place." The previous place, in other words. And Git happily does this for us.

Note that as we didn't specify any flags (like  --hard) to the reset commands; it will not change anything in our working directory, so only the head moved there.

So just manually revert that change locally on your working directory and make another commit.

A Few Words About The HEAD

We said that HEAD is pointing to the last commit in the currently checked out branch. As gitglossary tells us:

HEAD: The current branch. In more detail: Your working tree is normally derived from the state of the tree referred to by HEAD. HEAD is a reference to one of the heads in your repository, except when using a detached HEAD, in which case it directly references an arbitrary commit.

HEAD is normally pointing to the current branch...except when not, and when it's not it's pointing directly to a commit. Let's see an example. We have a local Git repository, so let's print the HEAD. 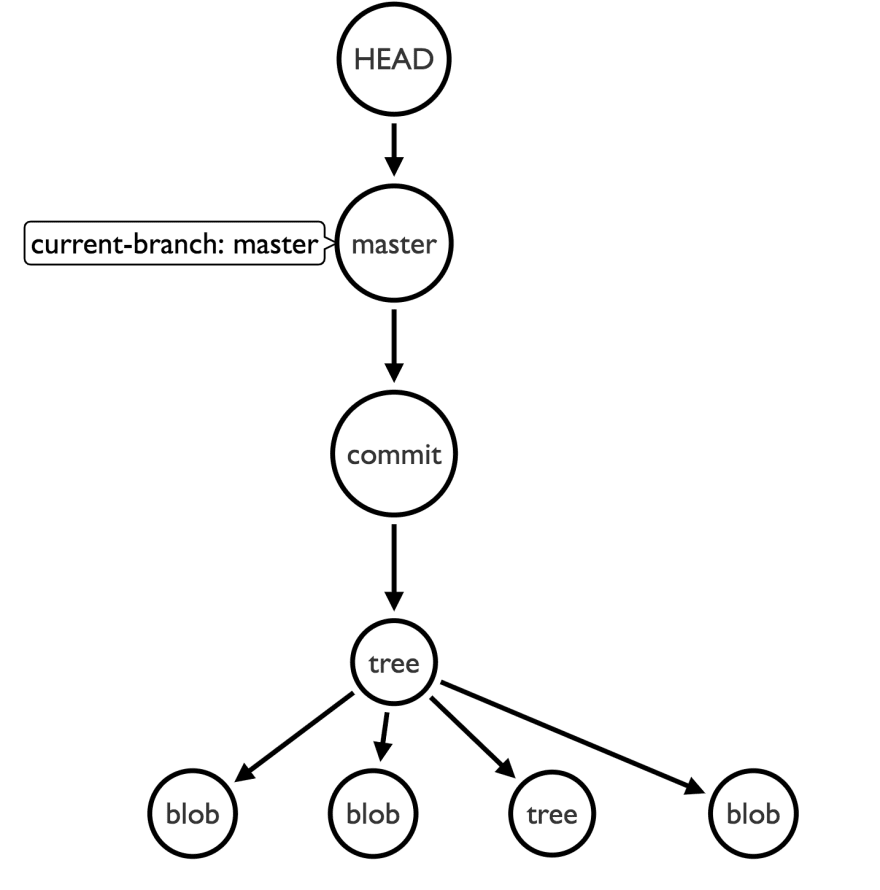 What we see in the above picture is the bash commands above, we see that:

And thus when we ask Git to move to previous commit with git reset --soft HEAD~ we have asked git that our current branch which is pointed by the HEAD should point to one previous commit that's all.

Let's do the reset to one previous commit.

But what would be the parent of that commit?

As we have moved our HEAD one commit to the past this past commit would be the parent of our current commit thus we are "rewriting" our local git history.

So after we do Git reset and go back one commit in our local repo, we are making local fixes in our working directory and then we commit. This commit is a new commit but it has the same parent as the commit that we are fixing.

So if other users already have this commit old commit of ours which we have just "detached" out of the repo and we force it into remote repo, it would cause them to get "Recovering from upstream rebase" and other nasty stuff.

We can push that to the main repository but be careful with that because this would mess up things for others. What would happen when they try to pull it and find that their parent is different than yours?

And the answer finishes with "You could have just done git commit --amend "  which is true, but that is yet another answer that we wo;; investigate in another post.

Not All Is Lost

Which tells Git, "Hey Git, remember I wanted a reset, well now I want you to reset to one previous point in time just before I did the reset."