I believe, the readers of this article are well versed or educated of Angular basics and also have hands-on experience.

There have several versions of Angular that have already been released including (BETA, Release Candidate, and Final version). If you are more interested in reading about the previous versions of Angular, I would recommend the following official links:

Please note: Google intentionally has not chosen the next version as “Angular 3” instead it will be “Angular 4” which is supposed to launch its final version in March 2017. Angular is getting more mature with its new versions. 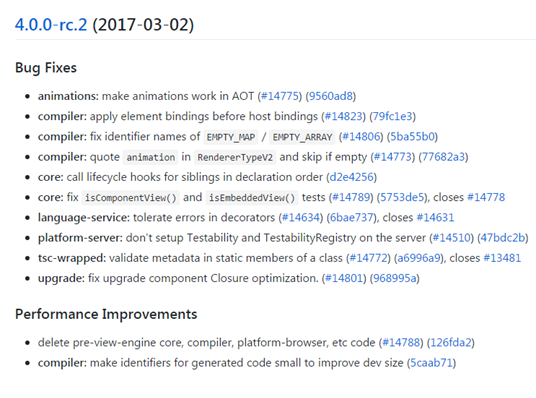 Google has a tentative plan to release in the month of March 2017. 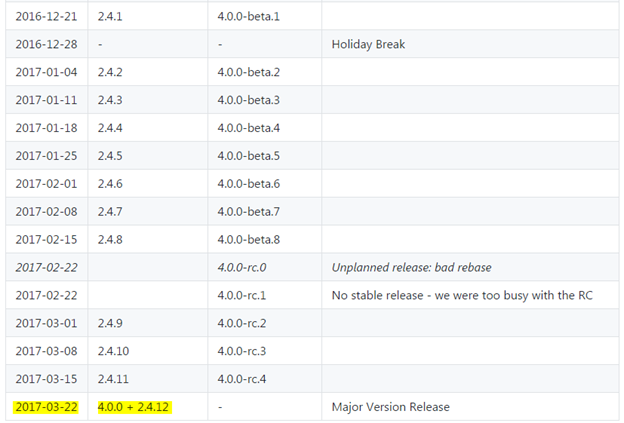 According to Igor Minar, Angular plans to have major releases every 6 months with minimal breaking changes. This seems like a pretty feasible plan unless another mistake occurs with the naming of the packages like what happened for the router package. Minar state, “Let's not call it AngularJS, let's not call it Angular 2, because as we are releasing more and more of these versions, it's going to be super confusing for everybody.”

The Angular team announced that they will be using SEMVER when releasing updates.

SEMVER is an abbreviation of Semantic Versioning. It is all about making a meaningful releases. You may look at the following table for better understanding:

The Angular team has strategically aligned each semantic with a tentative timeline. For instance:

You know switching from Angular 1.x to Angular 2.0 was a big-bang release. The concepts were dramatically changed but fortunately, the next version 4.0.0 will be a smooth shift and a major version that will be backward compatible with the previous release (version 2.x.x) for most developers but might remove APIs that were deprecated two major versions ago (6 or more months ago).

Starting with the 2.0.0 release of Angular, the Angular team adopted the following development processes:

There will certainly be feature enhancements in version 4.0.0 which we can discuss here.

I put out more information as I’ll get it. Until then, happy reading!