Technological evolution causes disruption. It replaces traditional, less optimal, complex, lengthy, and costly technology, people, and processes with economical, innovative, optimal, and simpler alternatives. We have seen disruption by mobile phones, and up next is disruption from IoT, wearables, AR-VR, machine Learning, AI, and other innovations. Software development methodology, tools, and people will also face disruption. I expect that the traditional developer will be replaced by the multi-skilled or full-stack developers. 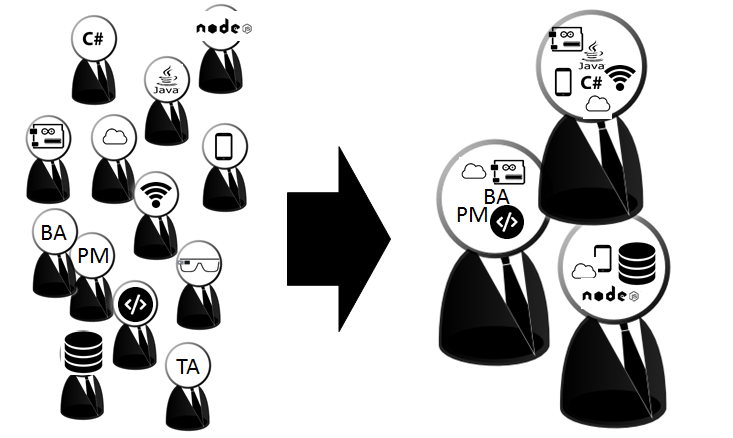 The traditional developer mindset, which binds people to Java or .NET or an otherwise specific technology will be discouraged in the near future. People with multiple skills or full-stack knowledge—who work with multiple technologies, tools, and processes—will reduce the cost of IoT development, and thus, they will replace the traditional workers.