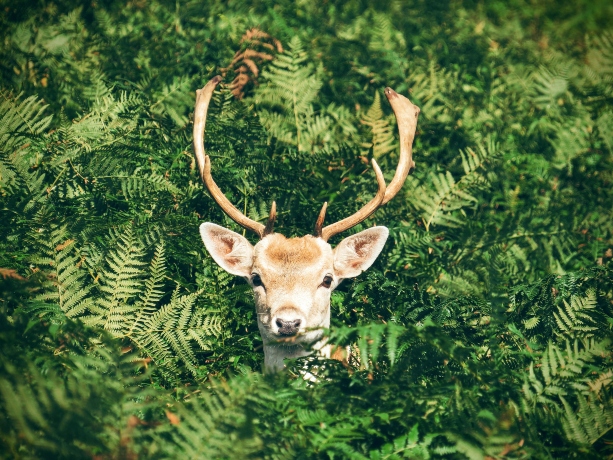 There seems to be a perennial confusion with teaching the theory behind programming in universities. The program of most universities implies teaching theory during the first two years when students actually can not code and do not understand how to employ the knowledge gained from the theory.

Courses often do not contain a sufficient number of hands-on examples and case studies. That’s why this knowledge is often treated as lifeless theory that students mindlessly memorize to pass exams only to forget it by the time they graduate. As a result, when a programmer actually faces theory in industry, they often do not even know how to apply it.

You may also like: Custom Grammar to Query JSON With Antlr.

I’ll take another way: I’ll explain only the information relevant to work or necessary for a compelling explanation of a hands-on example. We will definitely return to more complex concepts later when you develop a sufficient understanding of why we need it at all.

He had complimented me on how I spoke Italian, and we talked together very easily. One day I had said that Italian seemed such an easy language to me that I could not take a great interest in it; everything was so easy to say. "Ah, yes," the major said. "Why, then, do you not take up the use of grammar?" So we took up the use of grammar, and soon Italian was such a difficult language that I was afraid to talk to him until I had the grammar straight in my mind.
— Ernest Hemingway

There are a multitude of definitions of grammar. For now, I'll assume that only ANTLR's is important.

So, context-free, generative/production grammar is nothing more than a production set, X → Y expressions where X and Y are symbol chains or symbol rules. Grammar begins with a starting rule, S, for instance.

If we can obtain a string substitutionally from the main rule, the string corresponds to grammar; if we can not, it does not.

Example time! Supposing we define the grammar of expressions which consist exclusively of opening and closing brackets. Here is how it looks like:

S→ where is a special symbol meaning emptiness.

It is obvious that we can obtain an expression like () or (()) while we can’t obtain (( or (а). This way, we can see whether the expression corresponds to the given grammar in every sequence of symbols or not. If it doesn’t, we need to report an error.

Okay, what is grammar, then? If we consider it from the practical point of view, it looks like a set of rules that help to understand whether a given string is admissible in the given grammar or not.

The definition is non-standard and works only within one type of grammars, but this is fine with us. In my following articles, I’ll present a more rigorous definition that will be helpful when we bump into practical problems.

The same as in conventional programming, we use special symbols to write grammar to make programming more convenient. The symbols are also comfortable because they allow omitting a blank string.

If we want to say that rule A generates chain B, we write it as follows:

If we want to show that the chain repeats two times or more we use the “+” symbol, if zero or more times, then we use “*”, if zero times or one time we use “?”.

Example: Suppose we want to create grammar describing the chain of letters “a.”

If there has to be at least one letter, we put it down as follows:

If we want the chain with no letters to correspond to the grammar, we put it down as follows:

In the case where the letter “а” can repeat zero or one time we have this:

Now, let us get back to the grammar from the previous article:

As we can see, a colon is used instead of arrows in ANTLR (perhaps because an arrow belongs to special symbols and is not to be found on most keyboards). In the rest of these cases, the way we use special symbols coincides with the definition given above. Yet, there are some blind spots in this grammar description, so it’s a great time to give some explanations.

There are no lexical or syntax analyses in the automatic theory on which grammar has its base. A data structure called “automation” is analyzed. The symbols taken from the analyzed string are entered and at the end of the process. From there, we can understand whether the string corresponds to the grammar or not.

Please pay attention to the grammar in the previous article. There are rules starting with a capital letter. These are lexemes. Those that start with a small letter are rules. Structuring into lexemes and rules is pretty much conditional. It’s hard to pinpoint what we should call a lexeme and what we should call a rule. ANTLR has one major distinction: rules may consist of rules and strings; lexemes, however, consist only of strings, other lexemes, and fragments.

While you absolutely can not have this:

Like any other type of software, ANTLR did not come out of the blue. It was written by someone, and a certain algorithm was used. It is called LL(1)-parsing, left recursive parsing, or recursive detour from left to right. You are welcome to google this if you are curious about the full algorithm.

It is curious, by the way, that the algorithm can not cope with a rule that contains itself in the right end without moving along the string. In other words, while processing this rule

It’s going to loop forever. In a nutshell, the algorithm analyzes grammar recursively, from left to right. So, when processing the rule above, the rule for "A" analysis will be invoked recursively. Then once more for A, and then, again and again, until the stack is overflowed.

If we take back from abstract theory to a more specific framework we come up with some good news and some bad news.

First, let’s go with the good news: the fourth ANTLR version already supports left recursive grammars. The bad news is that it works for direct left recursion only; it won’t be able to process indirect recursion. Indirect left recursion has its definition, of course, but it is rather complicated, and it is not the case for us here.

Instead, let’s analyze the following grammar:

As can be seen, we invoke Expr and immediately analyze Product without moving stringwise; when invoking Product, we analyze Expr, without moving. One rule immediately invokes another rule, and we end up with a sink state.

More good news is that there is an algorithm for eliminating both direct and indirect left recursion from grammar. You can find it by simply googling “elimination of left recursion.”

As I mentioned in my earlier article, we can use two essentially different methods for handling grammar: visitor and listener

Let us take a look inside the code generated by ANTLR. What is actually produced? We deploy grammar we used in the previous article:

ANTLR generates an inherited interface from ParseTreeListener for the listener. For every rule or a label in it (we’ll get back to them later)

In order to redefine listener, we need to create a class where we can implement each of the methods. Or we can deploy a stub class that implements each method without leaving their body empty. If we inherit from there we can focus on implementing only those methods we need, effectively saving time for coding.

Here we work with a similar pattern. The interface is inherited from ParseTreeVisitor and is parametrized. It means that every visitor method has to return a certain value. The methods corresponding to the rule are invoked only once. This is what differentiates it from listener.

Suppose we have the following grammar:

It contains immediate left recursion, but as was mentioned above, ANTLR copes with this just fine. Yet, how can we arrange the whole thing in a way that there would be only one action for every arithmetic operation without changing the grammar itself, as in listing above? We add rules with a hash to the label rules. This will result in the grammar generated listener and visitor having handler-methods for labels as well.

Take a look — now we’ve got visit rules where we have a label name even though grammar does not contain such rules.

There you have it all in a nutshell. We will talk about it in more detail later when we need it.
My next article will deal with a review of ANTLR development tools.