Having undergone nearly two years of development and polishing with versions 5.0.0-Alpha and 5.0.0-Beta, Apache ShardingSphere 5.0.0 GA version is finally available in November.

Coincidentally November 10th marks the 3rd anniversary of ShardingSphere’s entry into the Apache Software Foundation. The ShardingSphere core team has been working hard together with the community to meet this special deadline and release the 5.0.0 GA version to celebrate the third anniversary with the broader community, and the entire distributed database and security ecosystem.

Since the early development stages of version 5.0.0, ShardingSphere started to move away from industry positioning as a simple distributed database middleware solution. The development North-Star has been the Database Plus concept, which will allow a new positioning for 5.0.0 and a development outlook for future versions.

Database Plus sets out to build a standard layer and an ecosystem layer above the fragmented database’s basic services. A unified and standardized database usage specification is provided for upper-level applications, and the challenges faced by businesses due to underlying databases fragmentation are minimized as much as possible. To link databases and applications, we use traffic and data rendering and parsing and provide users with enhanced core features such as distributed database, data security, database gateway, and stress testing. With the support of this concept, version 5.0.0 GA brings the following upgrades and optimizations:

With the shared core architecture and different ShardingSphere adapters, users can also choose hybrid adapter deployment if their production environment requires them to do so (shown in the figure below).

In the ShardingSphere ecosystem where computing and storage are separated, features are greatly enhanced in the new version including the distributed governance of databases (i.e., storage nodes) and Proxy/JDBC (i.e. computing nodes), online user metadata DDL change, on/off running storage nodes and computing nodes, circuit breaker and disabling, and high availability. Additionally, the new feature distributed lock is scheduled to be released soon. 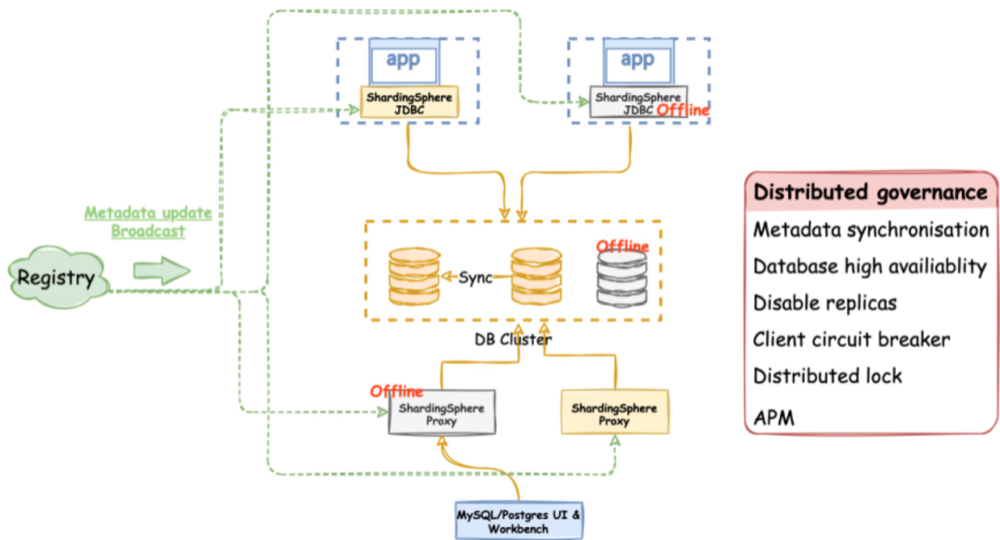 In the new version, we optimize and add more runtime status indicators to monitor ShardingSphere. Through the agent dynamic loading mechanism, we provide users with various indicators for metrics and tracing, making it convenient to integrate the APM system with the Grafana dashboard. 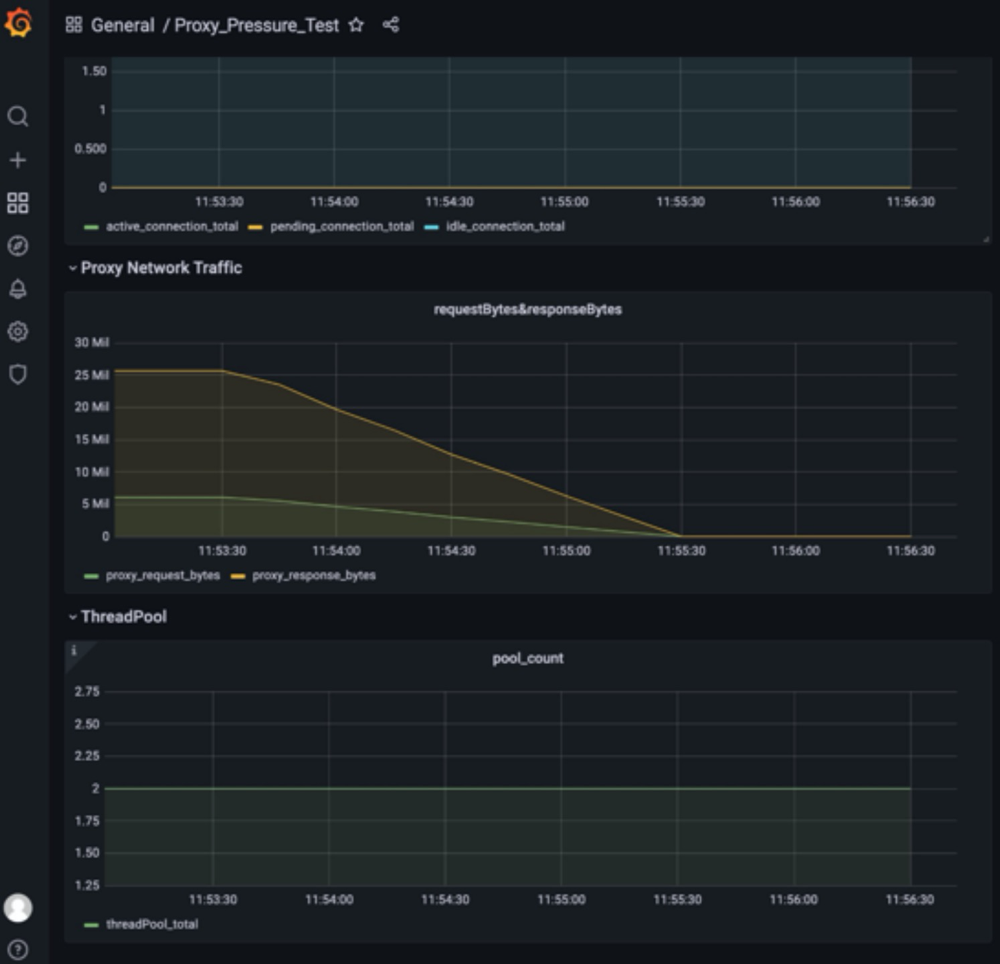 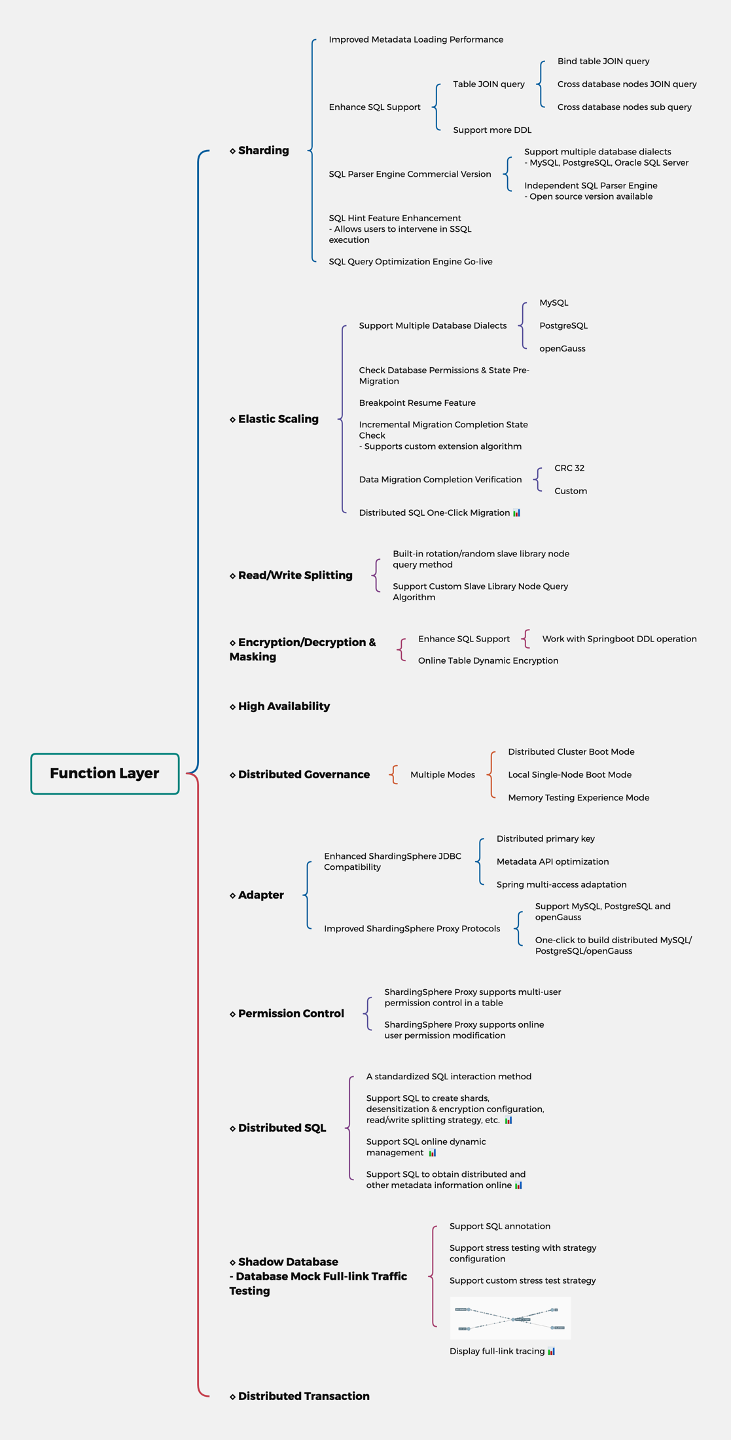 In the future, the community will continue to optimize ShardingSphere and integrate new ideas and industry scenarios, while always listening to users’ feedback. Meanwhile, the core team members of the ShardingSphere community are willing to mentor anyone interested in open source and to provide more practice “ISSUES” to students interested in open source.

Published at DZone with permission of Veronica Xu. See the original article here.