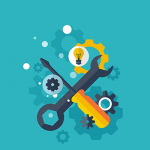 What exactly makes a “good” API? That is a question a lot of developers ask when designing their first API. While there are hundreds of resources online, all with differing opinions about what defines “good,” the majority of them share some similar themes. Logical endpoint naming conventions, clear error messaging, accessibility, and predictability are all crucial pieces in any well-designed API. Most importantly, every good API I’ve ever worked with has had clearly written and easily understandable documentation. On the flip side, poor documentation is one of my biggest frustrations with any API I use. A great example of a good API with excellent documentation is Stripe. Any developer who has worked with it can attest to how well written it is. With clearly defined endpoints, transparent error messages, usable examples, a slew of great SDKs, and standards-compliant methodology, Stripe is often used as a reference point for API development. Even their documentation is used as a source of inspiration for many freely and commercially available website templates.

When designing an API, it is often desireable to take a “build first” approach, especially when utilizing the architecture of a pre-existing product. Unfortunately, this mindset doesn’t follow the standard usability practices that we follow when building apps with graphic interfaces. It is extremely important that we take a user-centric approach to API design, because we are developing a product to be consumed by other developers. If we can’t empathise with their needs and frustrations, then who can we empathise with? This user-centric focus is an important reason to start by writing your API documentation, rather than just designing it. When you create good documentation, good design follows, but the reverse isn’t necessarily true.

Designing an API before you write any code can be difficult when you are working with pre-existing architecture. Your pre-conceived notions about how a system works will influence your design, and may result in a less-than-logical API. Starting with the documentation first will force you to design an unopinionated API. If you write documentation that you as a user would want to read, there is a good chance that your own users will appreciate it as well.

Almost as important as the content of your documentation is how easy it is to read. There are tons of services out there that make this incredibly easy, and even go so far as to generate dynamic documentation along with beautiful templates. A great way to start is an open source API documentation library called API Blueprint. API Blueprint allows you to build out API documentation using markdown, and export it into a well-structured JSON file for importing into a number of services. Apiary and Gelato.io are two services that allow you to import API Blueprint files for hosting, and even testing your API design prior to writing any code.

Remember that, while writing your API documentation, the most important factor to consider is how valuable it is to a user. To quote Apiary, “An API Is Only As Good As Its Documentation.” It may be tough, at times, to separate the perfect structure of your API from the current structure of an existing system, but it is important to remember that it is just another user interface. While the backend architecture of a current application has some influence on the frontend, we often have to find creative solutions in order to provide the best possible experience for our users. The only difference between that and API design is that our target users are much more tech savvy, and thus potentially less forgiving when something doesn’t make sense.

Published at DZone with permission of Zachary Flower. See the original article here.