This week, we have the recent API vulnerabilities at GitLab and Grindr, the APICheck tool gets donated to OWASP, there’s a summary on the basics of API authentication options, and complimentary registration links for the online conferences API World and Apidays London next week.

Riccardo Padovani found an API vulnerability in GitLab related to Elasticsearch retrieving information in code and wikis of private groups by not authorized users.

This happened for groups that used to be public but were changed into a private group. Search API calls like /api/v4/search?search=password&scope=blobs could allow accessing data that was now supposed to be private. This issue clearly had its root in indexing and caching data, because if the work in the group continued, reindexing of the data got rid of the problem. However, if the data was never reindexed, the problem would have persisted.

This is an older vulnerability that got fixed quite some time ago, but it was not disclosed until recently.

Lesson learned: Make sure your performance optimization does not put security at risk.

The Grindr website allows users to reset their password. You enter an email address and a password reset token is sent to this email address. The problem was that under the hood the API behind the web page also returned the the secret reset code (and in plaintext): 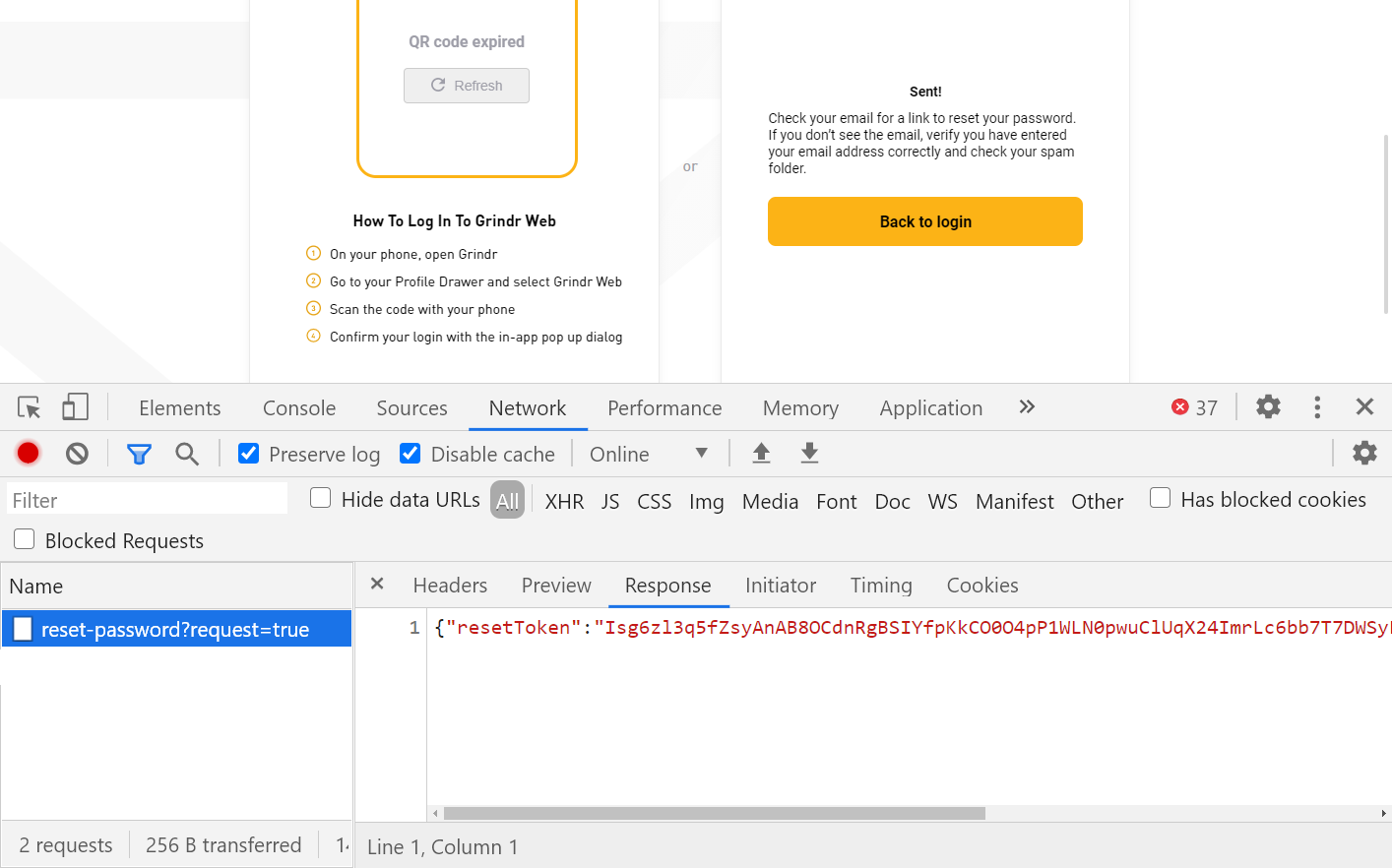 That means that attackers did not have to get access to the actual email inbox. They could simply pick the reset code from the API response and reset the victim’s password. The additional “precaution” of verifying the login with the new password in Grindr app did not really protect anything.

We covered earlier API vulnerabilities in Grindr and other dating apps, for example, in our issue 45.

The APICheck tool is both a set of API testing utilities and an extensible pipeline to chain these utilities together. You can take the JSON output from one utility and pass it as the input to the next one.

The out of box utilities include:

Obviously, both are virtual so you can attend from the comfort of your own home. Both have talks related to API security, so check out the agendas.

And there are free passes available for both events: