This week, we look into some recent API vulnerability reports on YouTube and Amazon’s Ring Neighbors app, there is a new proposed addition to the OAuth standard, and Google has developed an API proxy extension for Chrome.

David Schütz found a clever way to get (limited) access to private YouTube videos via a vulnerable API.

Schütz noticed that Google Ads allows users to generate a video thumbnail for a given point in time:

Schütz looked at the underlying API call and found that the payload had two parameters:

It turned out that this API call made the API return a Base64-encoded image of the frame in question. The API didn’t perform any authorization checks, so attackers could supply an ID of someone else’s private video and get the frame from that video.

This would have allowed them to steal the video content one frame at a time using a script to iterate multiple calls. Here’s a video demonstrating the proof-of-concept attack:

No sound was retrieved, and obviously, the attacker would have needed to know the ID of the private video beforehand, so there were some limitations as to how readily this could have been exploited. Nevertheless, this still is a Broken Object-Level Authorization vulnerability (BOLA/IDOR), and Google did award Schütz $5,000 for the report. The vulnerability has since been fixed.

Lessons learned in this one:

While the data was supposed to be anonymous, in reality, the API has turned out to be extremely leaky. As shown in the picture below, it provides the exact geographic coordinates and the address of the sharer: 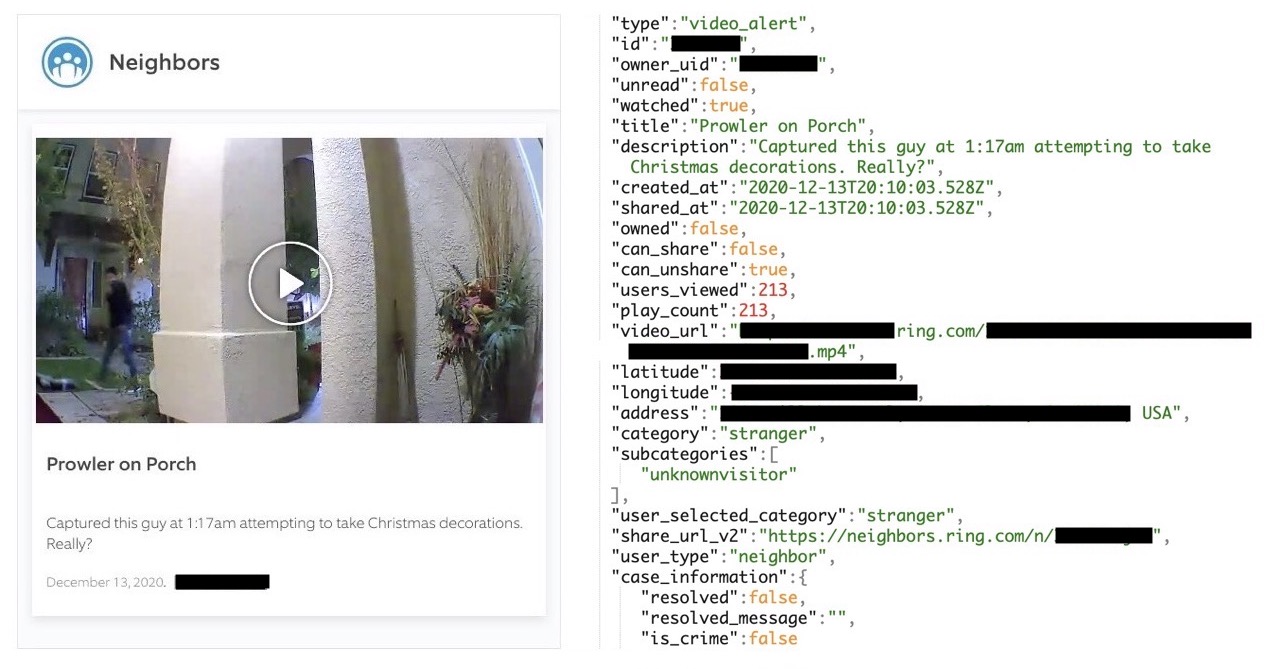 Even worse, the posts had sequential IDs that could be enumerated. Thus, attackers could retrieve the addresses of many camera owners.

We discussed OAuth 2.0 Mix-Up attacks in issue 83. In a mix-up attack on OAuth authentication, an attacker convinces the OAuth client to send credentials (authorization code or access token) that the client obtained from an “honest” authorization server to the attacker’s server: 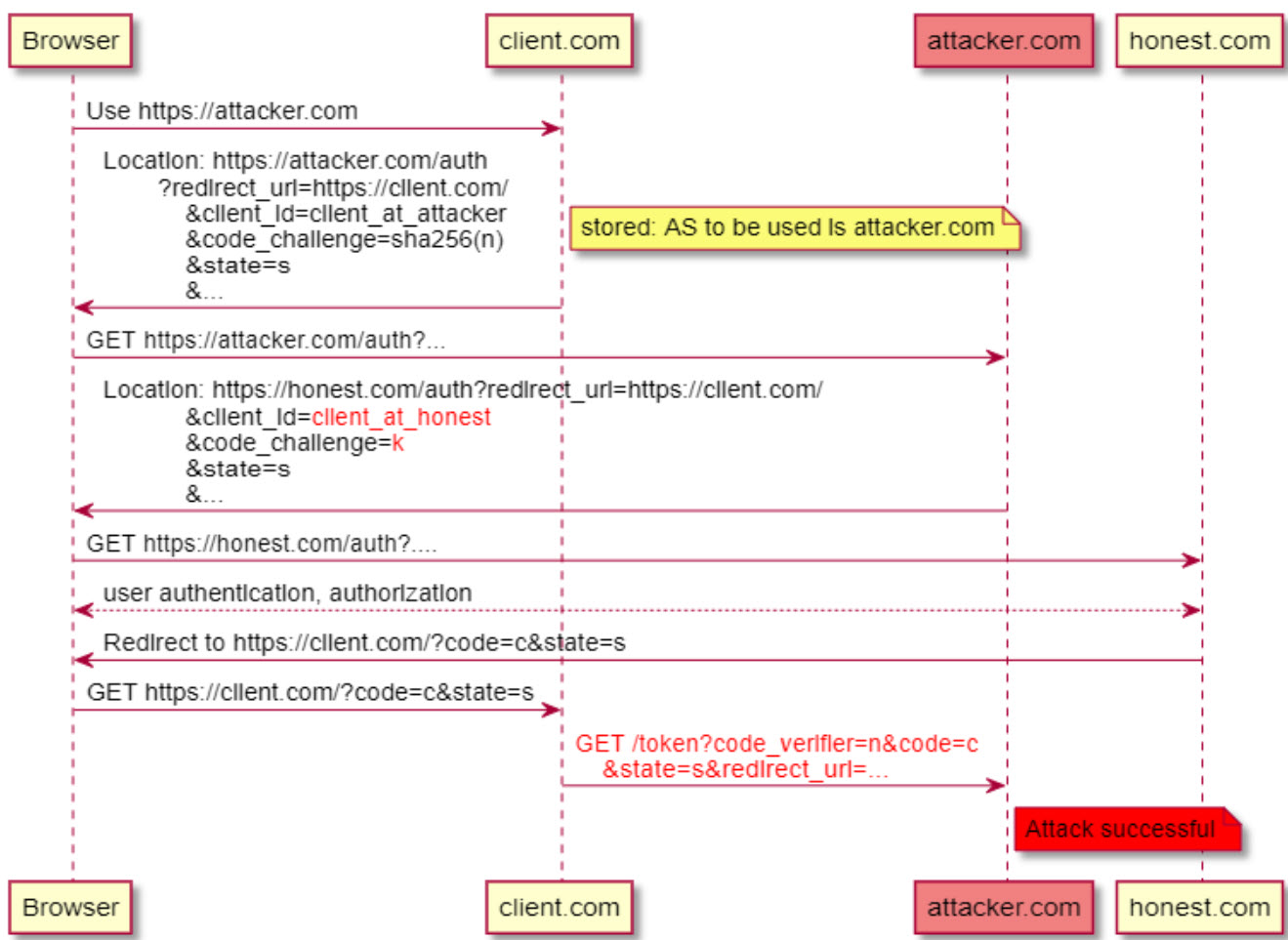 Now, the IETF OAuth Working Group has formally published a standard proposal by Karsten Meyer zu Selhausen and Daniel Fett on using the iss parameter for OAuth Authorization Responses to prevent such attacks. 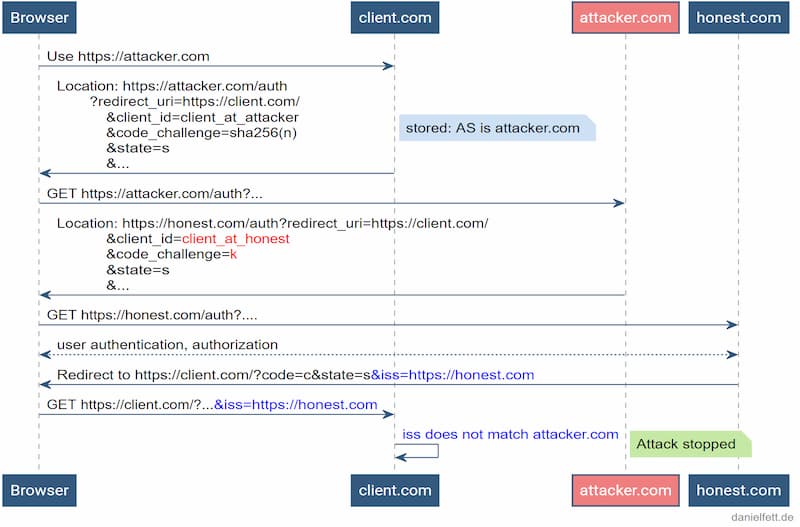 This is a draft (expiring July 10, 2021), and the working group welcomes feedback on it.

Proxy tools, like Burp and Zap, have long been popular among penetration testers. They allow intercepting calls between a web application and the underlying APIs and then replaying these calls while tweaking the parameters to find possible vulnerabilities.

A team at Google has gone a step further and released a Chrome extension that does just that. Tamper Dev allows you to intercept and edit HTTP/HTTPS requests and responses as they happen, right within your browser, without the need for an external proxy.