This week, we take a look at how cybercriminals exploit leaked API keys to steal millions of dollars from cryptoexchanges. In addition, we also have the recent API vulnerabilities in Rocket.Chat, the upcoming change in Let’s Encrypt root certificate and its impact on APIs, and another video on common GraphQL API vulnerabilities.

Researchers from CyberNews found how cybercriminals locate and exploit API keys from cryptocurrency exchanges to steal millions of dollars.

Unfortunately, many applications (and users) do a poor job keeping these API keys safe. Some applications put them in unprotected environment variable files, or the keys end up in public GitHub repositories or S3 buckets. The API keys that researchers found in various public locations at the time of their research provided access to wallets with a total value of over a million dollars.

For security reasons, cryptoexchanges typically limit API key permissions. By default, the keys give access to data and trading operations, but the permission to withdraw money or transfer it to another wallet is not.

However, being infinitely ingenious as they are, cybercriminals have worked around that limitation. Instead of transferring the money out of an account directly, they use bots and controlled trade middlemen to manipulate the market and then use the trade permissions on the leaked or stolen API keys for massive simultaneous buy or sell orders in the cryptoexchange. These cause spikes and drops in the value of cryptocurrencies that criminals use to buy the assets cheaply or sell them at a premium (at the expense of the victims!), effectively ridding their victims of their account balances in a blink of an eye. 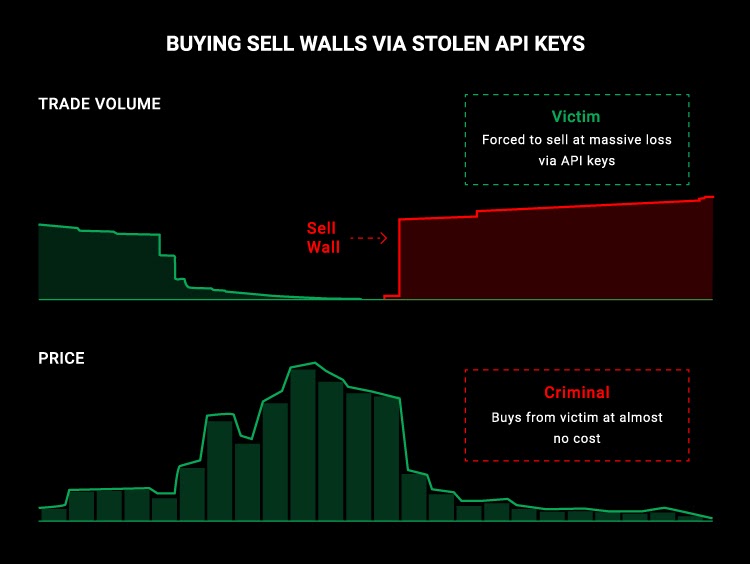 Rocket.Chat is a popular open-source team communication software that has more than 12 million users worldwide and is deployed on over 800 000 servers.

Security researchers at SonarSource found API vulnerabilities in Rocket.Chat that could be chained to take over an administrative account and lead to remote code execution. In short:

The root cause of the problem here boiled down to the fact API input was not validated, so researchers could send NoSQL injections, and initiate the whole chain of events. The fact that filtering was done with blocklists rather than allowlists did not help: it is much easier to miss something coming from outside, than when you can use your own definitions as a checklist.

You can see the attack in action in this quick video:

Are you using Let’s Encrypt certificates for the HTTPS transport in your APIs? If so, you might need to update your clients.

The old Let’s Encrypt DST Root CA X3 root certificate will expire on September 30, 2021. This is not a problem for browsers, because all modern browsers include the current Let’s Encrypt ISRG Root X1 in their list of root certificates. However, API clients might not have that and thus might require a manual update.

If you use OpenSSL, you also need to make sure you are on OpenSSL 1.1.0 or later.

See the announcement from Let’s Encrypt for more details.

“Offensive GraphQL API Exploitation” is a recording of the Red Team Village 2020 talk by Arun S. He discusses common security issues in GraphQL APIs and how attackers use them to attack the underlying infrastructure and ex-filtrate sensitive data: