This week, we have a long-standing vulnerability on a public-facing internal API on Uber, which allowed attackers to spoof emails. In addition, there’s an article by NordicAPIs on the RapidAPI report on the rise of partner-facing APIs, IBM’s views on the API security risk posed by the growth in omnichannel APIs, and finally (another) awesome API security mega guide.

ThreatPost featured details of a vulnerability on a public-facing internal API on Uber allowing attackers to spoof emails so that they would appear to be from Uber.

Details of the vulnerability were disclosed by a Seekurity security researcher and bug-hunter Seif Elsallamy, who made efforts to disclose details to Uber both directly and by submitting them to HackerOne. However, Uber rejected Elsallamy’s submission out of scope, only for it to be later discovered that the issue has previously been reported to Uber as far back as 2015! Elsallamy has since reported that the issue appears to have been finally fixed.

The vulnerability enabled attackers to use a public-facing internal API on Uber to do HTML injection and send emails on behalf of Uber. Users could be tricked into believing that the emails were genuine and potentially perform unsafe actions, such as disclosing financial details or sensitive personal information. Elsallamy showed an example of a proof-of-concept spoof email below: 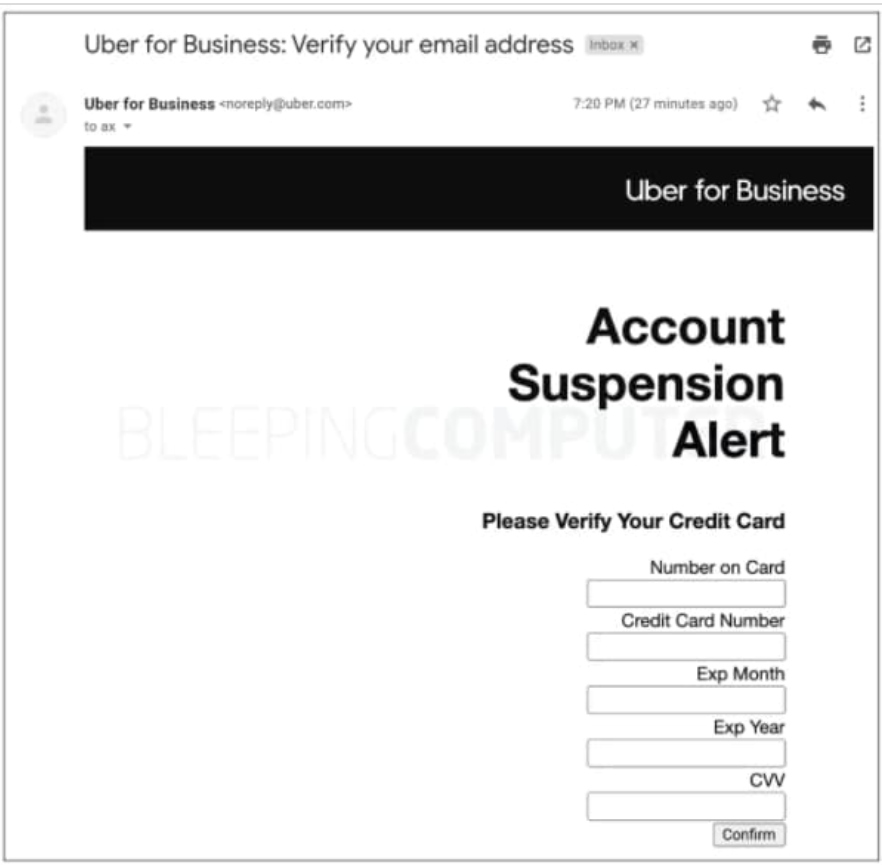 Uber has previously featured in this newsletter and suffered a large breach in 2016 that lead to the disclosure of 57 million user account details.

The key takeaways here are:

Article: Partner-Facing APIs on the Rise

NordicAPIs has featured an article on the rise of partner-facing APIs on the back of the recently released “State of APIs Developer Survey 2021 Report” from RapidAPI.

The report surveyed 2,200 developers and sampled their views on their experience with APIs, both from the perspective of internal tools to an increasing number of partner-facing APIs. The growth of such partner-facing APIs presents challenges to organizations: as the number of APIs grows, they become increasingly difficult to maintain, not to mention challenges relating to data privacy and security issues.

From a security perspective, two distinct challenges are highlighted:

Many organizations are being driven towards enabling partner-facing public APIs while being aware that these APIs are not adequately tested from a security perspective, nor do their developers have the requisite experience to fully secure these APIs.

IBM SecurityIntelligence has featured an article on the rise of so-called omnichannel APIs and how these are exposing organizations to increased API risk. The well-documented growth of APIs is being driven by three main factors:

The report highlights how an omnichannel business strategy is adding further fuel to the fire of API growth. An omnichannel customer experience attempts to ensure that the customer experience remains the same regardless of the medium used, be it a web portal, a desktop app, or a variety of mobile devices. To make this experience seamless, each platform must present a consistent view to the user — and APIs are the connecting fabric that enables this experience.

The article concludes with recommendations on how to improve API security, many of which will come as no surprise to readers of this newsletter: