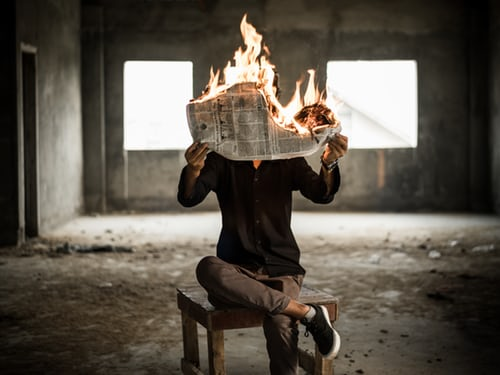 This week, API vulnerabilities were reported in Rittal cooling systems. In other news, there is an API vulnerability cheat sheet that you can print and put on your wall, an overview of common JWT attacks, and a GlobalData report on the trends in API management and API security.

Applied Risk has found two critical vulnerabilities in Rittal industrial cooling equipment. If attackers know the URLs to invoke, they can bypass authentication and turn cooling on or off or set the temperature.

From the description, it is hard to figure out whether this is API2:2019 — Broken authentication or API5:2019 — Broken function-level authorization.

The second vulnerability is not any better: the system also has hard-coded credentials.

IoT remains a big source of API vulnerability news. Vendors in that space are often used to caring more about the physical side of the product and not paying enough attention to the security of the software and services components.

We have covered the OWASP API Security Top 10 project in the past. This is a community effort (currently in the Release Candidate phase) to document the most frequent vulnerabilities in web APIs.

To make it easier for you to keep these in mind, we have created a cheat sheet that you can print and put on your wall.

The graphics and short descriptions make navigating the categories easier, and there’s also advice on how to mitigate the risks. 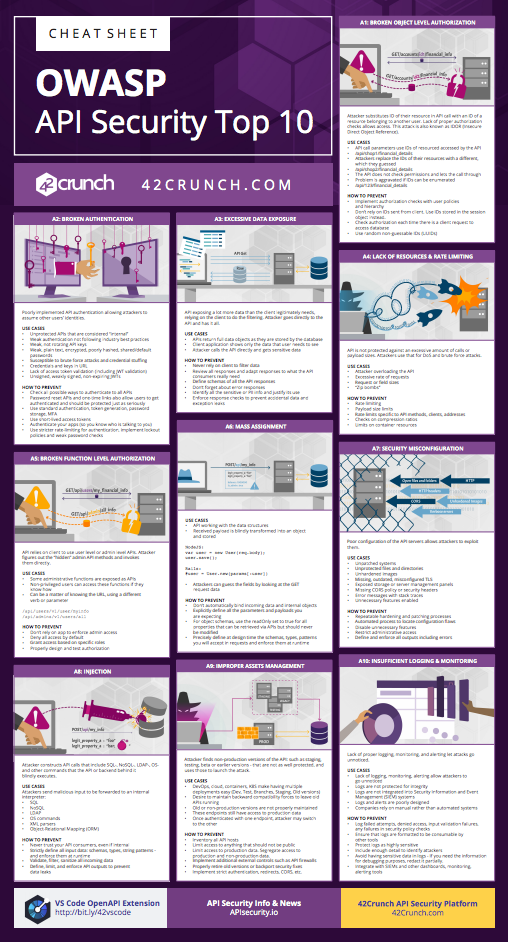 JSON Web Tokens (JWT) are one of the most frequently used methods to pass caller information with REST API calls.

Unfortunately, it is also frequently misused and misunderstood. Hackers can take advantage of that to launch successful attacks on your APIs.

Vickie Li has just published a good quick overview of JWT and the most frequent vulnerabilities in its use.

The most common JWT attacks are:

Charlotte Dunlap from GlobalData has published a new report “API Security tops API Management”. The highlights from the report include: