if your app is not as major of a player in the app store as some other apps like instagram or minecraft, then you’re probably not seeing hundreds of thousands of downloads on a monthly basis. but that doesn’t mean that you can’t get there through some simple optimization.

those of you who have (or will soon have) an app listed in the app store or from direct links are always looking to improve your click-through rate (ctr) and conversion rate (cvr). you want to get those downloads, right? by improving elements of your app’s listing page, including name, description, icon, screenshot and app preview, you’ll see the clicks and conversions rise. once your conversion rates improve, apple and google receive signals that your app shows a relevant result for defined searches.

let’s take a look at the best practices for each element individually in order to get the clicks and conversions you’re looking for.

your app’s name is important when it comes to search results and grabbing a user’s attention. app names that have keywords in their titles ranked higher by 10.3% compared to those who didn’t , a significant gain. while many apps won’t struggle with this problem, it’s becoming increasingly difficult for apps to even rank for their own name (think cola app).

when crafting or refining your app name for the app store, you want to keep in mind the following principles: 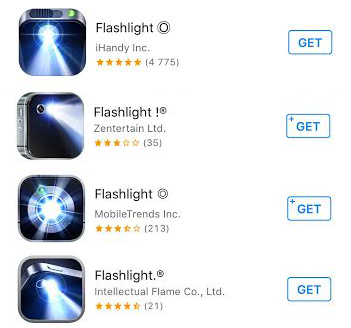 keeping your name intriguing, simple and parallel to what your app is all about will attract users from the get-go.

although your app’s name plays a higher role in search results, your app’s description helps your users better understand your app’s purpose, converts them into downloads, and is indexed by apple for keyword search relevance. here are some best practices when crafting your description:

remember, you shouldn’t go on a keyword stuffing frenzy — apple will reject your app if you do this — but instead supplement your keywords and have copy that’s compelling enough to get users to install.

an app’s icon plays a significant role during the initial ctr and cvr as well as after the app has been installed on the user’s smartphone. why after? because the average smartphone user has 42 apps installed on their phone, but only uses 10 of them on a daily basis , making it really important for your app to stand out. here are some points to keep in mind when designing an icon for conversions:

here are some examples of ones that do a terrific job of standing out. 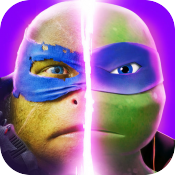 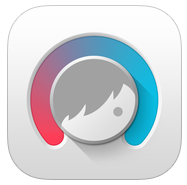 
when it comes to clicks and then conversions, your icon really matters. it needs to be eye-catching enough to get a user to even consider learning more about your app, and relevant to your app’s core values for more clicks.

think of your screenshots and app preview (video) as an extension to your ad on the web. when a user sees an ad online, what makes them want to click and ultimately convert? the graphic elements, for the most part, is what will grab their attention. what comes after is convincing them why they should install your app. as such, you have the most freedom to express your apps benefits through screenshots and a video. however doing so requires some skill. here’s what you should keep in mind when creating these two graphical elements.

if you’re looking for some inspiration for a great video that’s designed for conversions (and will make you laugh a little too), check out keezy .

once you’ve established your app name, description, screenshots and app preview for your targeted audience, you’ll then want to test variations to make sure your optimized for clicks and conversions. there are tools like testnest that have the capability to a/b test variations of your elements for your app store listing page. remember, producing the best possible assets for your app will get you the downloads you’re looking for, which in turn will rank your app higher in search results.

kristina altman is currently head of content at testnest , an a/b app store page testing platform, and has been marketing and working with apps for almost 5 years. she is also a graphic designer and loves expressing her creativity in all of her work.