Apple has released its latest version iOS11.0.3 on October 11. It is the Apple's third recent update since the release of iOS 11 to its users last month. This version is promised to be backward-compatible with the prior release. However, it mainly addresses two issues that some users were facing while other several issues have not been addressed that were reported by users.

Apple iOS 11.0.3 major promised capabilities include audio fixings and haptic bugs fixings. This update is of 276.6MB in size. Moreover, this update is particularly meant for iPhone 5s and above models, iPad mini 2 and above, iPad Air and above as well as the iPod touch 6th generation.

Being a point update, this version majorly offers several improvements instead of offering new features to its users. 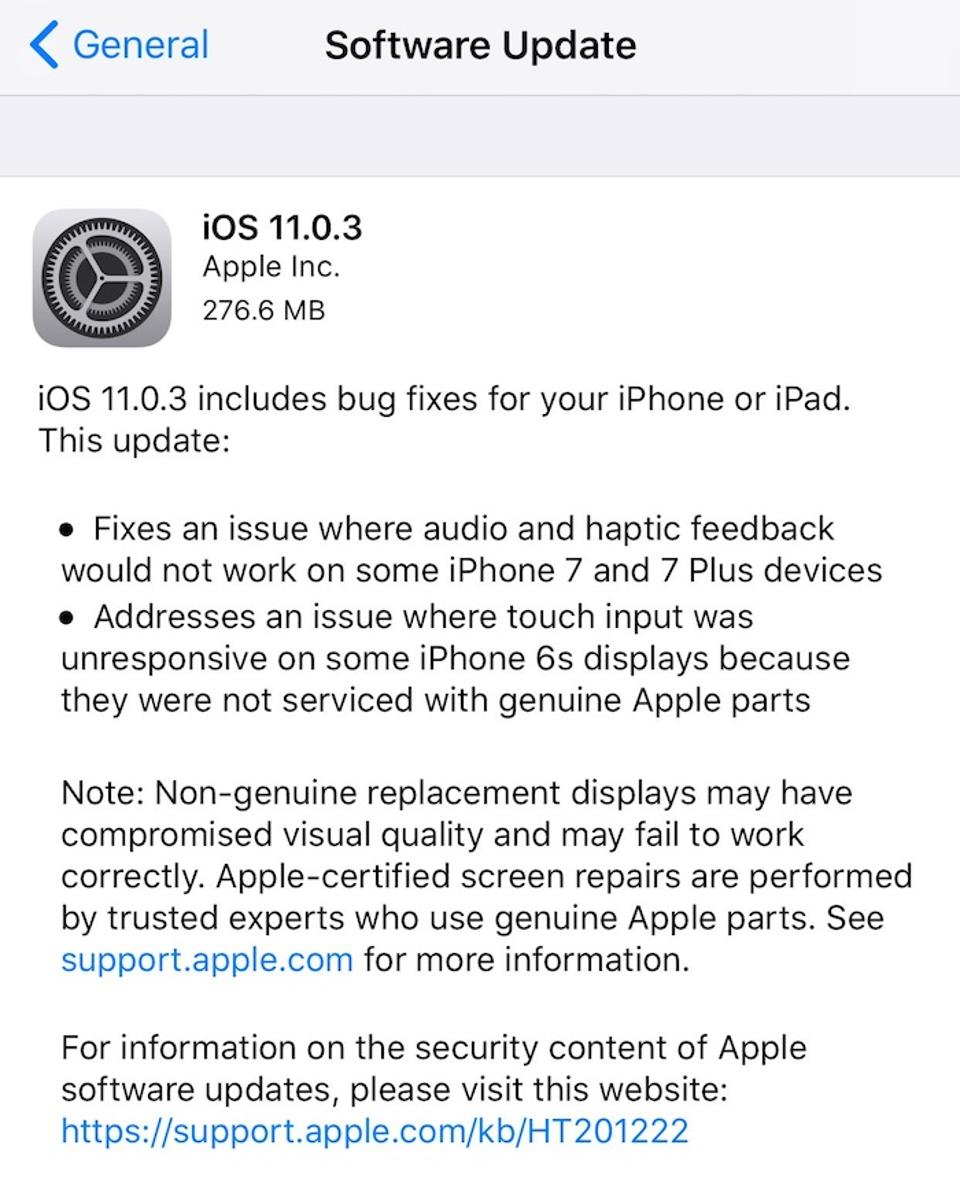 In this blog, you will find some of the key updates of iOS 11.0.3 in details along with some major updates on its previous versions.

Besides, there are still some issues left which company will address in its next update. This will deal with shorter battery life and text notifications issues while rebooting the device. 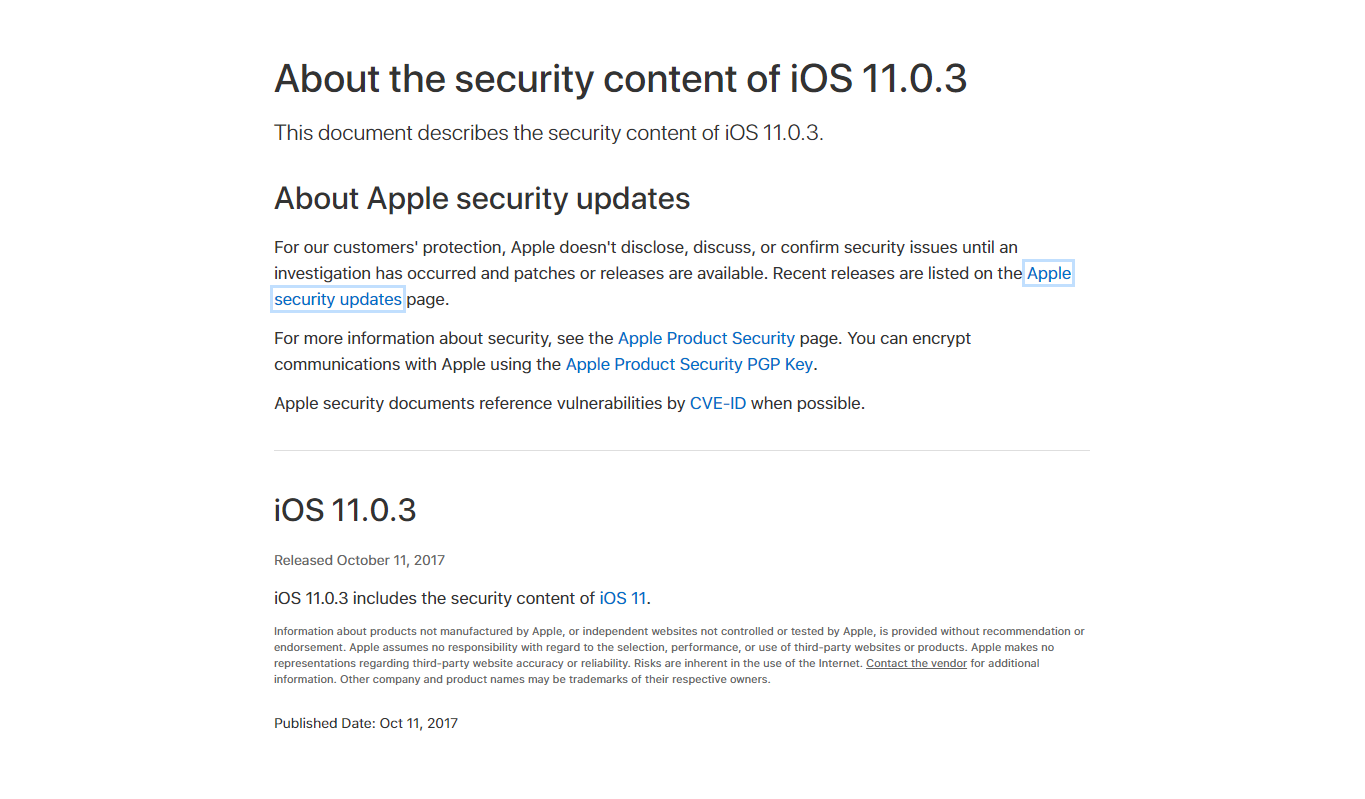 Check out the entire list of Apple iOS 11 security changelog and new additions by clicking here.

Apart from this, you can have a look at the following video for detailed features of iOS 11.0.3 update:

As far we have seen, Apple iOS 11.0.3 update provides you various bugs fixings for iPhone 6s, iPhone 7, iPhone 7 Plus and much more as already listed above. You might not be confused now for not upgrading to its latest version after watching the above video.

In fact, you can easily install iOS 11.0.3 by performing this step:- Settings app > General > Software Update on your device or you can also update your device by connecting it to the computer and then install the update through iTunes.