In 2007, I got a job with EffectiveUI here in Denver as a Flex Developer.  I’ll never forget my first day there: I was sitting alone at my desk for almost the entire day with nothing to do because nobody there had thought to have a computer ready for me when I started…

(I actually spent my first few weeks with nothing to do, but that’s a whole different nightmare of a story.)

So, it’s the afternoon and the lady who was tasked with coordinating with the guy who was lazy about going to the Apple Store in the first place comes over and I think she has my laptop!  It’s going to be a Mac Book Pro and I’m both nervous and excited because I’d never used Mac up to that point.  First, she pulls out a skinny notepad from a sheath and is handing it to me and now I bet she’s going to grab my new lap–hang on…

So began my love affair with Apple.  The beauty of the machine. The ease at which I picked up on OS X. (I lept in on Tiger.) Soon, the iPhone would come out and what gloriousness it was!  Then later the iPad.  For me, Apple was miles better than PC’s and had the hardware you just lust for!

I thought it was a marriage that would last.

The past few years have been a nightmare as an Apple user.  Quality has gone way downhill as Apple insists to get in a macho arms race for technologies nobody’s asking for and fewer people needed.

First, I had to replace my iPhone 5 not once but twice.  Each due to problems with the hardware buttons.  I mean, seriously, we’re talking about the buttons.  While Apple is building a fucking spaceship in California right now, they can’t make sure something as simple as a button can be stable?

Alright, chalk it up to bad luck.  Yet next, Mavericks comes out, and that’s when I learn that Finder has taken a nose dive.  Since its release, followed by Yosemite, Finder has consistently had problems simply copying files.  It can hang.  You have to know how to relaunch Finder.  Any time I need to replace one I cross my fingers.  Something so simple…yet my faith wavers.  To this day.

Then comes Continuity, the ability to move between your Mac and iPhone or iPad “seamlessly.” I was puzzled as to why Apple would invest so much time and effort into allowing someone to edit a Numbers file on their iPad and then magically continue it on their iMac.  I can’t see how simply hitting save and then opening on the iMac is that big a deal.  However, I’ll be the first to admit how useful I found it to send SMS messages from my desktop.  It kept me focused on my work while I communicated with friends and family (and Craigslist sellers from whom I was buying games, games, games!)

Yeah, sending SMS messages was great for the few months it worked.  It’s been a year since it stopped, though.  I’ve googled, re-configured devices, pretty much everything and can’t get my phone to talk to my desktop anymore.  Nor my laptop!  It’s ridiculous.  One tiny little feature in a whole set that I liked, and it no longer works. Fantastic.

Let’s talk about my saga with Time Capsule.  Tired of my sketchy Linksys and in need of a local backup solution to replace unreliable online services such as Carbonite (sucky client) and Backblaze (the backups said they were happening, but they weren’t), I plunked down $400 for a Time Capsule.

This wireless-router-and-backup-system-in-one would be freaking great if it actually worked. To be fair, the wifi part has been excellent.  Yes, I still have to reboot it from time to time because it’s 2015 and we still can’t have reliable wifi routers, yet it’s the backup system which has been a nightmare.

The first one I got would have this problem where, every so often, the backups would start failing.  I’d reboot it and, presto, they’re working again!  Cool.  Then a few days later, nope, it’s down. Eventually, it never worked anymore  Finally, I brought it in to the Apple Store and the (figurative) genius replaced it for me.  Alright, it was just a bad one, let’s bring this puppy home and enjoy stress-free backups now!

My new Time Capsule worked for a month or so without problems, but since then, I’d say every month, the dreaded, “It’s been 10 days since your last backup” message will pop up on my three machines.  The Time Capsule is still doing wifi, but the backup system is stuck.  Nothing fixes it except a power cycle.  Oh, joy.  That might sounds like not a huge deal but realize that this is the backup system, not the wifi.  When wifi starts failing, rebooting it works and it’s really no big deal.  For backups, I only know something had gone bad a week and a half after the problem starts!  There’s no option I can see that will warn me when just a day goes by without a backup.  I just have to manually check each day I guess.

I put up with it, but it’s bullshit.  Two broken Time Capsules?  Hardly likely.

How about iCloud?  Once again, this was a technology I didn’t think I really needed, but it has proven useful.  For one, it’s an easier way to backup my devices.  For a progressively smaller amount of money each month, I can back up all my photos to the Internet. Sweet! Better yet, those photos sync to all my devices so when I take a picture with my phone it will immediately sync with my desktop!

Uh, maybe after a few minutes.

Alright, honestly, I have no fucking clue when the photos will sync.  Sometimes it’s pretty quickly and sometimes it takes days.  The general rule of thumb is that when it would be really handy to sync quickly, it never happens. I never have a problem with Dropbox…but iCloud?  Oh, man.  Problems all the time.

Along to the rescue is…Photos for Mac! This handy app replaced iPhoto because…well…I don’t know why it replaced iPhoto.  It has less features, looks ugly as shit, and best yet…it does not support the ability to drag and drop from the app itself into, say, a file selection dialog.  That used to be really useful, but Apple says Photos is better for me. And, after using it for many months, I still can’t really tell you if the iCloud synchronization happens when it’s open or in the background.  I don’t know because the syncing has gotten worse.  Won’t somebody tell me?

(Oh, hey, I just ran the app and it looks like the two photos I took this morning finally synchronized over to my desktop. Too bad I emailed myself the files 10 hours ago.) 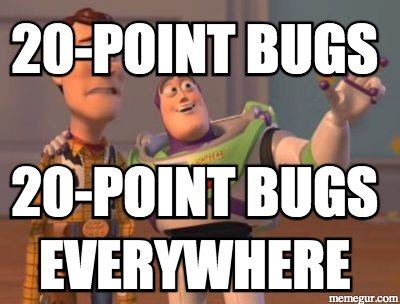 Moving to my iPhone, let’s see, I’ve had a whole slew of problems: spontaneous reboots, apps like eBay breaking under iOS 9, many graphical glitches in apps ever since iOS 7 drastically altered UIKit for no real reason, hooking it up to a charger may or may not actually initiate charging, they moved the power button to the side (directly across from the volume buttons) so I take lots of accidental screenshots of my phone now, and the best part has been when Apple decided that being the only phone that knew how to handle portrait/landscape photos correctly was not enough and opted to fuck it all up instead. (How am I supposed to laugh at Android users posting sideways pics on social media when I can’t tell who’s who anymore?!)

And we can’t forget the Apple Maps launch, can we?

What the Hell Happened?

I’ll tell you what happened and it’s simple: Apple has gone away from iterating on tight, well-tested systems and shifted to pumping out huge, complex technologies that the PR department can make hype commercials with.  We’ve seen Continuity, iMessage, iCloud, Game Center, Apple Pay, Flat Design, Siri, Apple Maps, PassBook, Touch ID, Facetime, iBooks and the list goes on and on.  Some of these are really great, too!  But, look at all the technology and integration that goes into each one.  It all has to be re-tested for every update.

Digging a little deeper, there’s a lot of blame to place on the changes to the Developer API.  In the early days of iPhone, the API was clean and easy to work with.  Then, Apple started introducing an endless chain of expansions that do nothing but lead to buggy code:

There’s no one thing that has brought us to this point.  In my mind, Apple is stretching itself thin in trying to maintain so many devices, technologies, and features at a stable level.  In getting the complicated things working, they fail to keep the fundamentals such as file copying stable. Fixing a bug requires a lot of cross-device testing, too, so updates come slower as well.

Whatever it is, it’s come to the point where I’m considering not only a switch to an Android device, but stopping iOS development completely, too.  I don’t want to, but right now keeping up with iOS SDK “advances” (I can’t air quote this enough) is a monstrous headache.  I’m still catching up with advanced UICollectionView stuffand that’s years old now.