As imaging technologies continue to evolve, consumers are presented with more and more on our devices. Increasing size and enhanced definition are essential for all types of screens, including mobile phones, television, and OLEDs. The standard for "high-resolution video" has increased from 1080 to 4K and then to 8K, which imposes a large load on traditional networks and image processing systems.

At the conference, a broadcast-grade 8K camera collected data. After the data was encoded locally in real time, a 5G network transmitted HD video on fine details about patients' eye symptoms upstream to a live streaming center in Shanghai for real-time processing. After distribution and transmission with ultra-low delay, an 8K player decoded and rendered streams and presented clear and fine images to the oculists of Sir Run Run Shaw Hospital, who conducted a remote diagnosis through information exchange on a remote platform.

This is the first time Alibaba Cloud presented the end-to-end 8K live streaming solution to the public comprehensively, in a use case of remote hospital where 8K video is collected and played by terminals, in conjunction with images sent back from SRRSH.

An 8K video resolution is 7680×4320, whereas an IMAX film resolution is typically 4K. This means that the 8K definition is four times that of IMAX. To adapt to resolution-related change, we need to set the bit rate to 120 Mbps and frame rate to 60 fps for the live streaming and used HEVC encoding to push the video source to the 8K level.

The 8K 60FPS raw video has a bit rate reaching dozens of gigabits per second. To ensure real-time 8K live streaming, Alibaba Cloud has extended RTMP to support HEVC, which enables real-time RTMP at a high HEVC compression rate. The compressed bit rate of live streaming still exceeds 100 Mbps. Streams are transmitted stably in the 5G+VPC upstream direction and CDN downstream direction. Data is transmitted over a distance of more than 400 kilometers across complex network environments, from the Computing Conference in Hangzhou to live streaming center in Shanghai and then to SRRSH. According to actual test results, the latency of 8K live streaming is comparable to that of Internet live streaming. The user experience is excellent.

ApsaraVideo for Live is optimized to support real-time slicing and recording of 8K streams, multiple streaming media protocols such as HLS, HTTP+FLV, and RTMP, and 8K time shifting and playback.

After contents are collected and processed in the cloud, massive HEVC streams will be played by terminals. Many HEVC hardware decoding devices only support local files and are expensive. Is there a more cost-effective way (such as PC upgrade) to play 8K HEVC video on PCs smoothly? 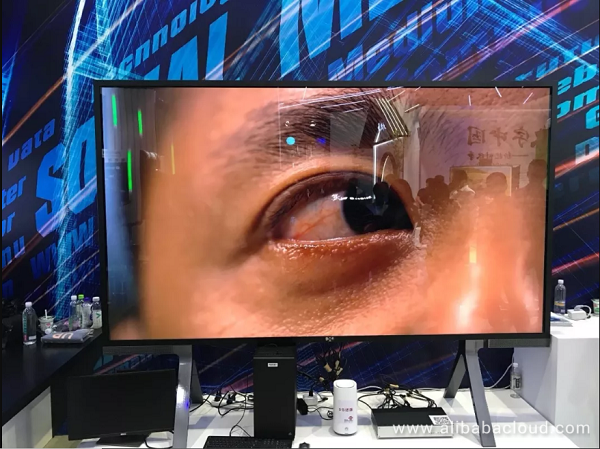 After years of development, Video Cloud has been built with an ultra-large media processing and distribution infrastructure. Capable of processing media of hundreds of millions of minutes, the infrastructure has 120 Tbit/s reserved bandwidth, more than 1,500 nodes, CDN services in 70 countries, and over 10,000 edge computing nodes. The products and technologies of Video Cloud are connected to 1 billion devices every day. 100 exabytes of information are distributed by the Video Cloud infrastructure.

During the 2018 the World Cup in Russia, Video Cloud served multiple match streaming providers on the Internet and carried 70% of live streaming traffic. Video Cloud handled the traffic of 24 million viewers during a single match, which are three times the viewers of the Spring Festival Gala. Video Cloud also provided live streaming of the Asian Games in Jakarta. It leveraged the global infrastructure of Alibaba Cloud to broadcast the games in Fiji, Cambodia, and Mongolia for the first time. It provided the video delivery service to hundreds of millions of viewers in Asian, for a clear and smooth broadcast of the games.

Alibaba Cloud is the only cloud computing partner of the Olympic Games. Starting from 8K Video Cloud for the games, Alibaba Cloud has been actively deploying and extending the 8K ecosystem, promoting the development of 8K industrial chain standards, and accelerating the application of the 8K video service solution. At the conference, Alibaba Cloud joined BOE, China Unicom, Panasonic, Socionext, Advantech, Youku, Flaming Time, and other enterprises to establish the 8K industrial alliance, which covers the full link of content collection and preparation, cloud computing and processing, and content delivery, to promote the fast and healthy development of the 8K industry.

It is reported that the 2020 Olympic Games in Japan will use satellites for 8K live streaming. Alibaba Cloud solely depends on the Internet and develops more sophisticated solutions. This will accelerate the development of the 8K industry and extend 8K applications to more fields and families in a fast, convenient, and inexpensive way.