We continue to look into some of the trends in the AR and VR ecosystem, focusing on the main differences between developers and non-developers active in this space. You can view our first part of this article here.

22% of AR/VR Non-Developers Are Learning to Code

15% of people involved in AR and VR as non-developers have zero knowledge of how to code, whereas 17% are actively coding to get things done. There is a large range of skills, but the biggest group here are those that are actively trying to build on their coding skills, with 22% of AR/ VR non-developers doing so. This indicates that no-code tools, whilst useful for getting things done, don’t cover the needs of more than 1 in 5 AR and VR practitioners who are subsequently learning to code to overcome these limitations.

Despite a large amount of effort — and marketing — that has gone into positioning no-code tools as a solution for non-coders to get into AR and VR without worrying about writing code, a sizeable proportion of those who do get involved subsequently decide they need coding skills to realize their vision after all. This represents an opportunity for platforms aspiring to appeal to non-coders to create more functionality in these tools to capitalize on this under-served audience.

Amongst non-developers trying to improve their coding skills the most popular languages are Java (28%), C++ (26%), C# (25%), and JavaScript (22%). 17% don’t write code for their AR/VR projects, and 15% use a visual development tool. This indicates that non-developer AR and VR practitioners see the value in knowing how to code, but that they still want to create things while they’re learning. 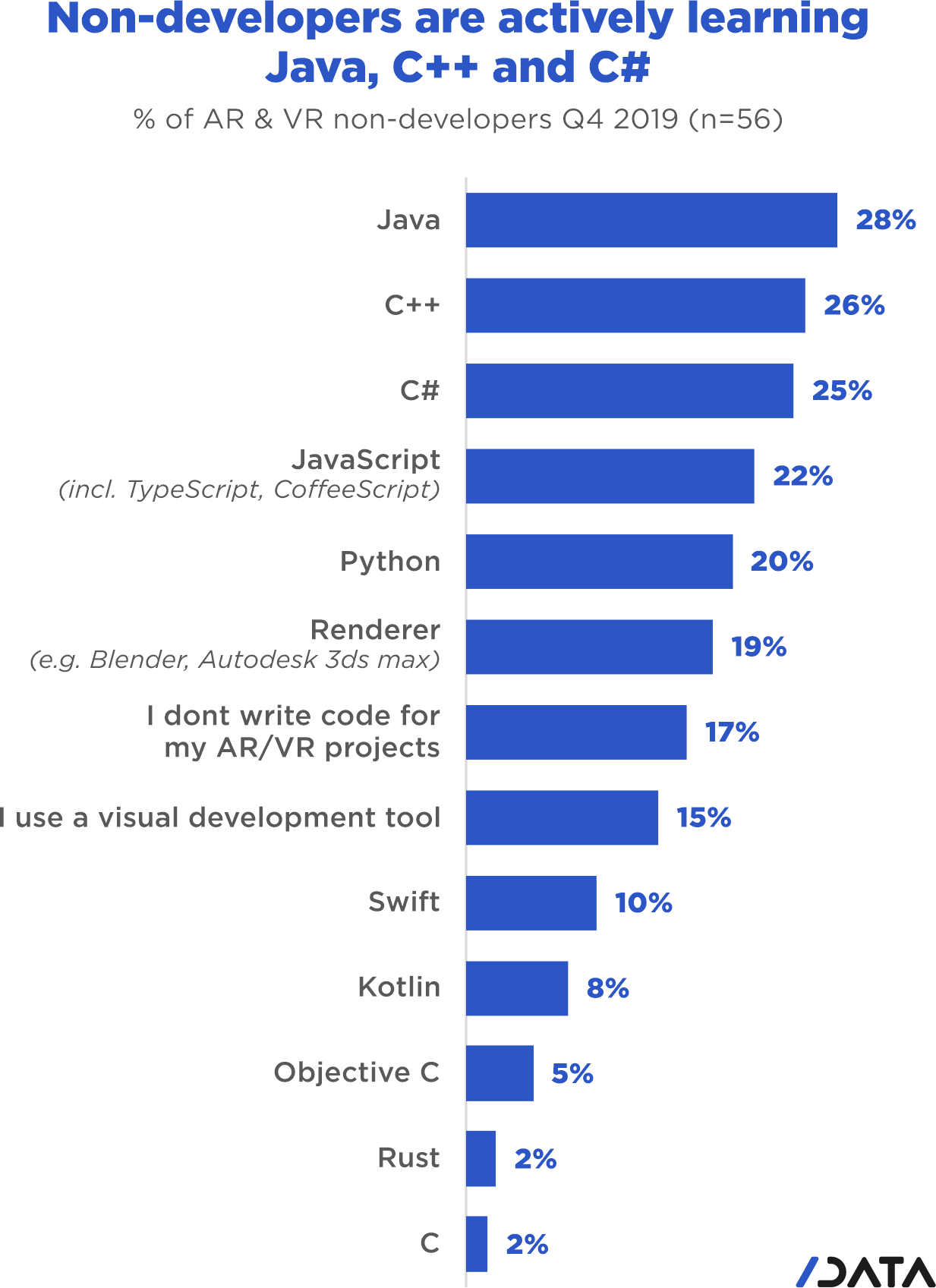 Industrial applications (such as manufacturing and construction) for AR/VR are much less popular for both groups, but a larger proportion of developers are creating products in this category than non-developers. As AR and VR mature and stabilize, commercial applications will become more viable and we will see further innovations in industrial areas from developers and non-developers alike, but the pull of building entertainment apps will still be strong. 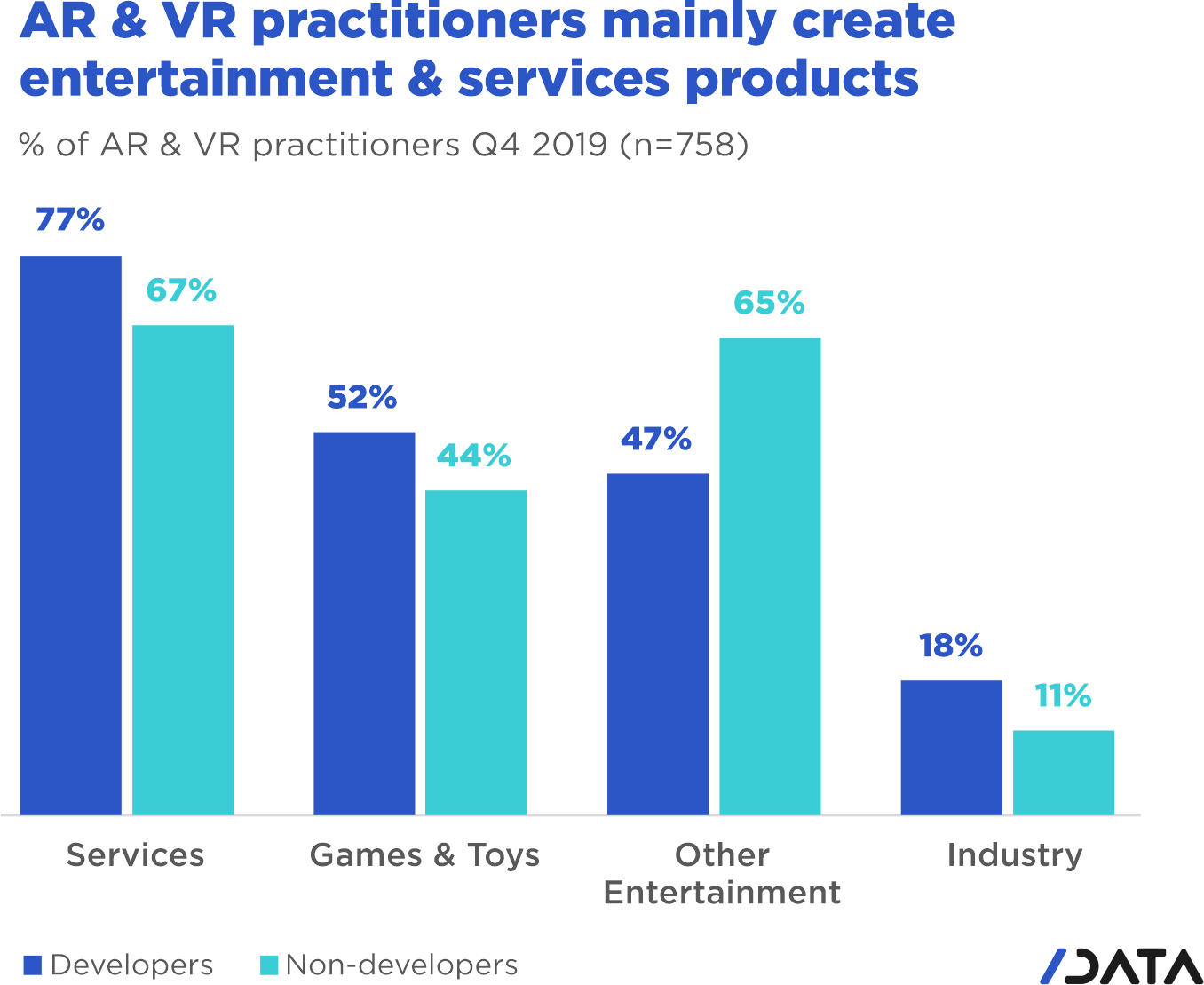 Which AR/VR skills will you need to sharpen in 2021? Which tools do you think will be irrelevant as early next year? Our State of AR/VR survey is live. Spend 10 minutes sharing your experiences, we'll donate $0.10 to Techfugees to for every completed response.

Published at DZone with permission of Richard Muir. See the original article here.