i had an idea to build an arduino based radio alarm clock by re-purposing some other components i had lying around from other projects:

the only part missing was an fm radio tuner. i was wondering how easy it would be to build a radio tuner from scratch (but not sure how i’d control it via the arduino), so i decided to take the easy approach to get started and use a tea5767 based fm tuner on a chip. to make it even easier, i got a tea5767 based breakout board for $5 on ebay that includes two jacks, one for an antenna and one for audio out.

simon monk has an arduino library for the tea5767 that has one function call to set the tuner frequency.

so far, it's pretty easy going. i have a start on combining the lcd to display time and gps coords here . now, to add the radio library and some controls from the pi plate buttons, and i’m almost there! 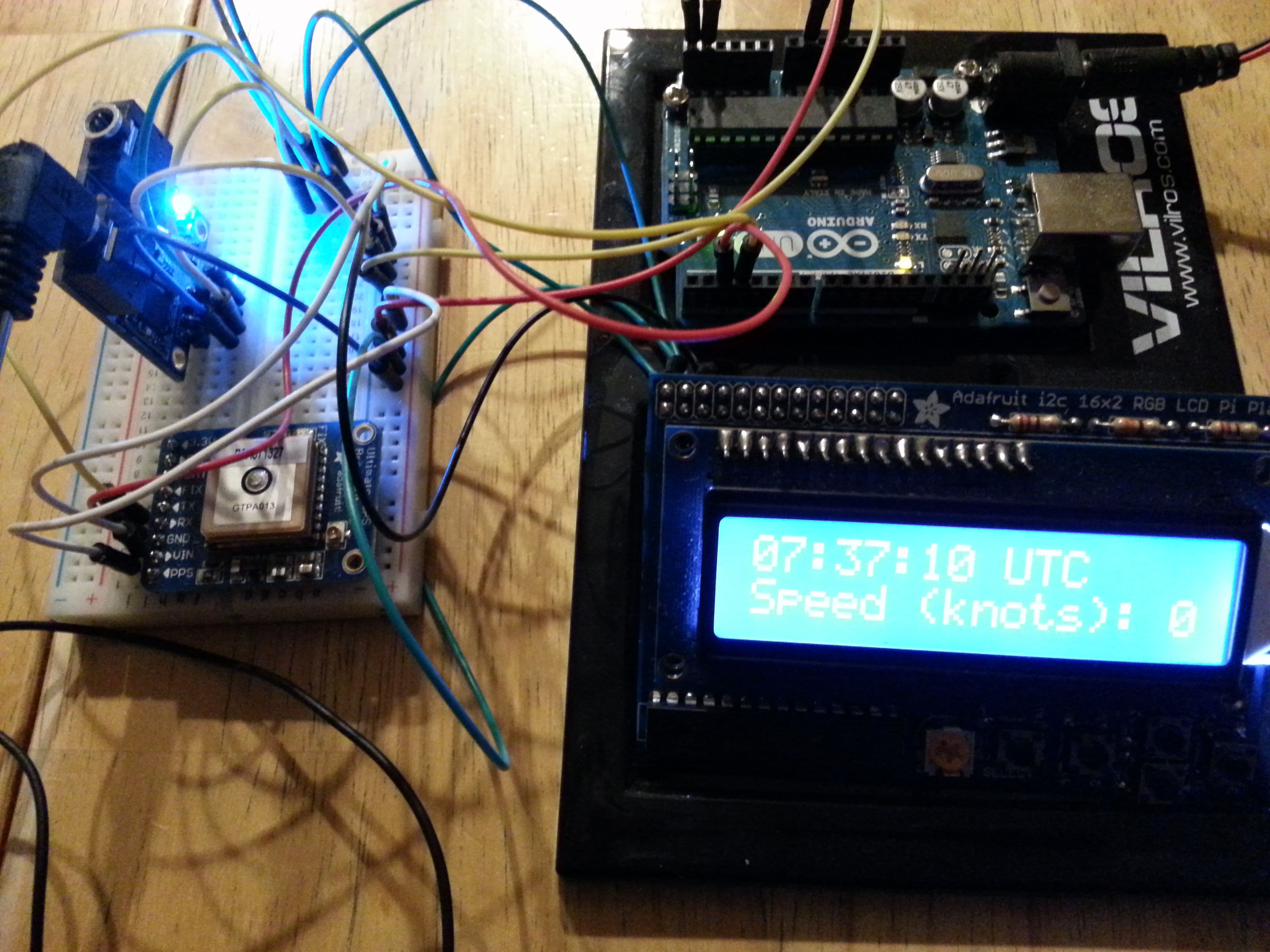