I just released a new version of Magic, and its primary feature is a brand new frontend template. Check out the screenshot below for an example of how it will look. First of all, this template is 10 times better than the previous template in regards to code quality and extensibility settings. However, more importantly, it gives you the ability to override settings such as colour profile, dark or light Angular Material theme settings, etc, etc, etc. It's arguably "the beginning of the end of (manual) coding" the way I see it. 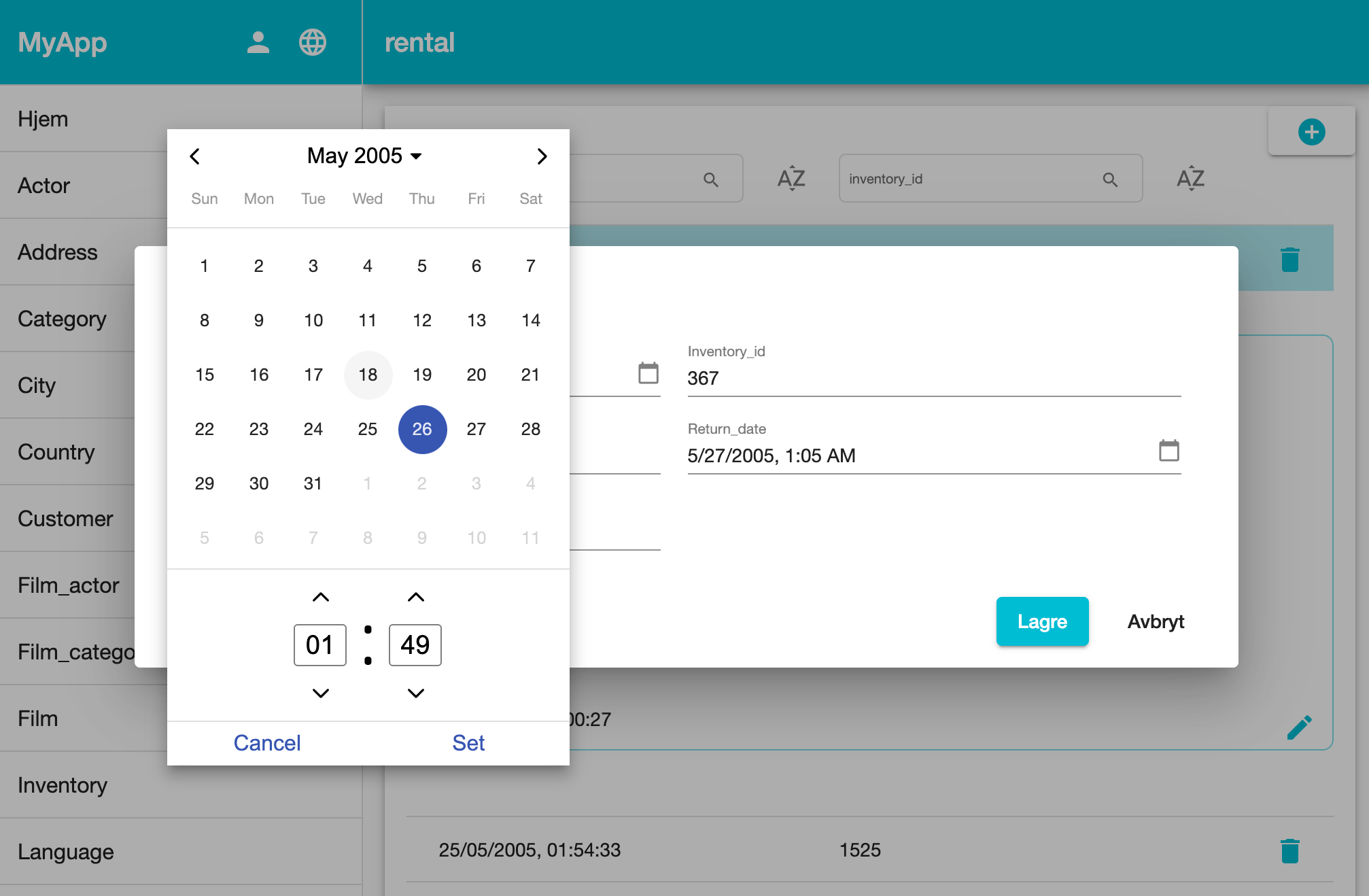 The template features the ability to translate buttons and widgets. It features the ability to easily extend it with individual settings. It is 100% perfectly responsive. But most importantly of course; It allows you to create a kick ass enterprise software project in 1 second! Don't believe me? Then watch the video below for an illustration of how I created the above application in 1 second, literally!

The way we work as software developers has always gone through micro revolutions. My father was punching holes in paper to create his stuff, and when I was a teenager we were using Assembly language to create our stuff. Don't misunderstand me, the world will always need skilled developers - However, the truly skilled amongst us, are the ones who can cover the most ground for our employers in as little time as possible. With Magic, you can have 80% of your job done in seconds! Not taking advantage of that is like still coding in assembly programming today "because it's more flexible and powerful". In a way, not taking advantage of this, is arguably the equivalent of "stealing from your employer" - And one of these days your employer will wake up and realise that is exactly what you are doing ...

Spending more time than needed is STEALING from your employer!

I predict that 5 years down the road, manually creating code, will almost no longer exist - Simply put because the computer and its automated processes can do a 100 times better job. CoPilot from Microsoft is just one example of this. Hence, instead of focusing on individual software components, our jobs will be more like "orchestrators of services" - As in, composing apps from pre-built micro services and automated processes, to facilitate for more easily solving business requirements. Simply because business doesn't care about how good you are at implementing QuickSort - At least not the successful companies - Nope, they only care about how much ground you can cover per second, period! And if it doesn't, it's probably a bad business anyway, and won't stay around to learn from its own mistakes for a very long time. Or to say it with different words; The important metric of performance in the future will be as follows ...

Millions of lines of code per second!

If you as a human being seriously believe you can compete in such a world, I am sorry to tell you, but you'll probably end up as "obsolete". My piece of advice to you to survive this, is as follows; Focus on the larger picture, not the details. Or to say it with different words ...

Unless you start deliver, I will deliver - And your employer WILL notice! I'm sorry for giving you rough medicine here, but I'm quite frankly tired of maintaining garbage code, created by some wannabe developer, who needed to fill holes in his CV, and hence combined every single library, technique, framework and design pattern in his code, simply because he wanted to fill out the gaps in his CV. And yes, Magic is built from only one single design pattern!