Over the past few years, the broader conversation around data has shifted from the big data hype to business decision-makers increasingly asking the question: what can we actually do with the data? This is a healthy shift, and as organizations are making it they are discovering that data can no longer be treated just as a tactical ingredient, but should instead be considered a strategic asset. 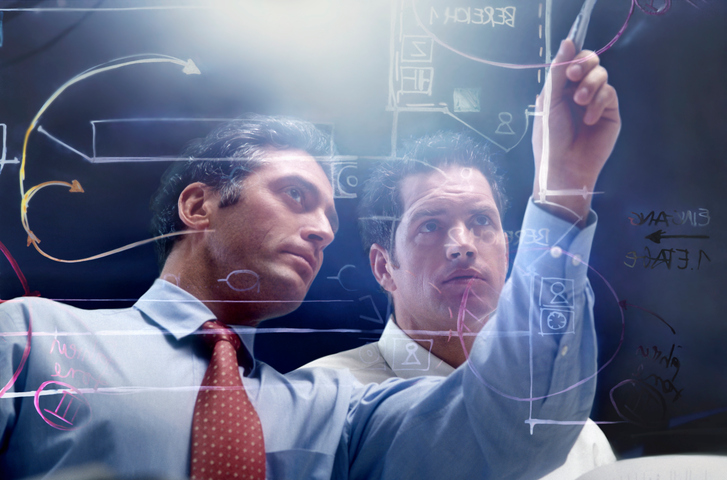 This shift in how organizations perceive the importance of their data and analytics operations is contributing to the emergence of a new role in the c-suite. Establishing the role of a Chief Data Officer (CDO) to manage governance and leveraging of the organization’s data assets across the different functional areas is a trending topic among companies and public sector organizations alike, but what is driving this development?

A Look Back on the Information Revolution– Is History Repeating Itself?

To better understand why the role of a CDO is trending in so many organizations today, let’s start by having a look at the evolution of another prominent c-suite role – that of the Chief Information Officer.

Heralding the emergence of information technology as a revolutionary and rapidly expanding trend at the time, between the mid-80s and early 90s the relatively new IT department was awarded a seat in the boardroom. This seat was, and still is, occupied by the CIO and was a clear indication that IT was now seen as a strategic part of an organization’s operations and required a person in the very top layer of the management hierarchy to lead it.

The emergence of the CIO as the leader of an organization’s information technology operations took place at a time when more and more technology was being acquired by companies to take advantage of the seemingly endless possibilities that the technological advances of that time enabled. Fast forward to today and it’s pretty hard to claim that the companies jumping on board with the trend and hiring CIOs back then would’ve been wrong in doing so. Imagining a world without IT now is next to impossible and many businesses have been created solely to address and operate within this area, while others have transformed their operations so that they are completely dependent on it. Just think of modern banking services and you’ll notice that, more often than not, they are 100 percent information technology. The rapid advances in the field of IT created a need for the CIO some three decades ago, and today this phenomenon is taking place again–this time with data.

A Brief History of the Chief Data Officer

The evolution of IT has reached a point where it has created a world of data that can no longer be effectively managed under the umbrella of IT itself. This is now becoming evident for the majority of organizations, much like was the case with IT at the turn of the 80s and the 90s. And, like back then, some organizations are already way ahead of the curve in building their data and analytics operations.

When you’re searching for information on the Chief Data Officer role, most of the buzz around the term consists of fairly recently created articles. You’ll notice that there is plenty of material available, not least thanks to another current trend called content marketing. However, a quick glance at the term in Google Trends shows that it first peaked already in 2005, and truly began to trend in early 2013.

In implementing the role of the CDO in organizations, banking, and financial services sectors have been among the clear trailblazers, with VISA hiring their first CDO already in 2001 and the CDO role picking up broader traction in 2008-2009 as a response to the increased regulatory and compliance reporting demands after the financial crisis. More recently, we’ve seen a broader consensus forming across industries. In 2015, 92 percent of all CIOs reported that they hoped to see the role of CDO created in their organization, and in 2016 Gartner provided an estimate that 90 percent of large organizations will have a CDO on their payroll by 2019.

These individual data points and their succession over time become truly intriguing when you’re looking at them in the context of yet another trend which peaked in hype a few years back–big data. In the below graphic we’ve provided a rough estimate on how the amount of data in the world has grown in this millennium and combined it with the notions made above.

From Exploration by Few to the Necessity for Many

The early interest in taking a strategic approach to an organization’s data assets revolved around finding ways to explore and innovate with data to find sources of competitive advantage and improve the business through yet undiscovered insights. For example, given that VISA is among the first companies to take this path it should be no surprise to learn that they are also among the early success stories when it comes to utilization of big data, as indicated by their reported results of using big data analytics to identify $2 billion in probable incremental fraud opportunities and addressing the vulnerabilities before the money was at stake.

Even though the lack of a CDO doesn’t necessarily indicate a lack of understanding that managing data is important, it does indicate how important data is considered to be in the organization. As noted above, in 2008-2009 the first broader wave of promoting data into a strategic topic took place because of external necessity after a rough wake-up call in the form of a global financial crisis. While this wave was mainly limited to the financial sector, what is happening now is affecting everyone across the board.

Looking at the graphic above and considering some of the numbers behind it- e.g. that the amount of data in the world will grow from 4.4 zettabytes in 2013 to 44 zettabytes in 2020– it is not hard to understand why the majority of large organizations have woken up to see the strategic importance of data. In 2016, big data and CDOs were already becoming mainstream among Fortune 1000 companies with 62.5 percent of them reporting having at least one instance of big data in production, and 54 percent reporting having a CDO. As a side note, reaching the predicted 90 percent by 2019 means that there should be some pretty interesting positions open soon.

Are You Ready for a CDO?

With the growing amount and variety of data available and technologies for leveraging it getting increasingly advanced, few organizations can afford to ignore the fact that in the modern business environment they need a well-defined and implemented data strategy to stay competitive. This will not happen if data and analytics are not given their own champion in the c-suite, and Chief Data Officer is the champion that the world (well, companies at least) now needs.

Being ready for a CDO is to understand that having a Chief Data Officer by itself does not get you far along your journey, but is rather about making data a strategic priority in your organization, of which appointing a CDO is a natural extension. This was never an issue for early adopters of the CDO model–since their motive was all along finding the best ways to leverage their data–but it might become a problem for those organizations adopting the model as a necessity, just to do something with the vast quantities of data they realize they can no longer handle with “traditional IT.”

CDOs need to build their organization’s data and analytics operations on a solid data strategy that is aligned with the business strategy. They need close cooperation with both business and IT and have a crucial role in bringing together the technology, skills, and processes needed to systematically and effectively leverage the organization’s data assets.

As a vocal advocate of a data-inspired future, Liaison Technologies is working with CDOs in various countries and industries by helping them build their organization’s data strategy, define and develop the capabilities they need, and design and run the solutions on our ALLOY™ Platform to power their data operations. If you wish to find out more about our approach, you can get in touch with our data-experts here.