the future of business is emerging from the technological disruption of digital, social and mobile technologies. this is impacting how customers buy, how we hire and manage talent. and it is forcing all businesses to re-think how we manage resources and take advantage of new business and social networks .

in the latest installment of our future of networks interview series, we spoke to jeremiah owyang ( @ jowyang ). jeremiah recently formed crowd companies , a brand council for large companies to tap the collaborative economy, the sharing economy, the maker movement, and co-innovation.

as the economy becomes more global, supply chains become more complex. how can companies manage this growing network of suppliers and partners?

the one trend we’re seeing in the collaborative economy, where people can share goods in local areas powered by mobile technologies is that local commerce becomes a more viable solution.  for example, postmates are local couriers that can deliver goods to people in local areas.  on a similar notion, google launched google shopping express in the sf and silicon valley area that delivers goods within hours from local retailers.

an informal “sharing economy” is beginning to emerge out of the fact that everyone is connected together—things like car sharing and house sharing. where do you see that going?

the sharing economy is a movement where people have opportunity to get resources from their peers and to access them rather than owning them.  this also taps into utilizing unused goods and resources –increasing global efficiency.  it also means people have technologies to get goods on demand –rather than buy them anew.  right now, the movement is focused on peer to peer interactions, but large companies have a role in this market, as they can shift their business models to allow products to be rented.  for example, bmw and toyota both rent cars from dealership or dedicated lots in sf.  the home depot rents trucks and equipment from stores.  patagonia allows customers to resell used goods from their ebay partnership called common threads –encouraging customers to buy used goods –rather than new.

what are the implications of having a truly networked supply chain where everyone is connected in real time?

the opportunity is to increase efficiency, by sensing how supply chains can be improved through real time alterations.  to do this, supply chains must have sensors, the ability to capture the signal, analysis in real time, and an actionable process to make changes 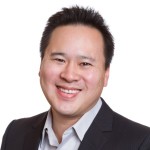 he focuses on how disruptive web technologies—such as social media, the collaborative economy, and interactive marketing—impact the relevance of corporations to customers today and in the future. he is well recognized by both the tech industry and the media for his grounded approach to deriving astute insights through rigorous research. his blog, “web strategy” is one of the premier blogs on how corporations connect with their customers using web technologies. jeremiah is frequently quoted in top-tier publications, such as the wall street journal, the new york times, and usa today. previously, jeremiah was a founding partner at the altimeter group, worked at forrester and at hitachi, where he launched the company’s first social program. he was featured in the  “who’s who” in the silicon valley business journal, and his twitter feed was named one of the top feeds by time.