How did you first get started kind of writing comics, and why did you tailor them specifically toward developers?

When I was young, I used to draw pictures, comics of situations that happened in my day. I've liked to draw since I was a little kid, but I started to draw comics related to development because I love it. I am a developer and software programming teacher, so it's something that I really know and we can find a lot of fun situations in the development world, even when we start to pretend that processes and software are living things, as I do. No one was doing this kind of commentary. I like to draw and I like to make fun of people and situations so I joined these two things and stared to do this as kind of a hobby.

You mentioned that there was a story you wanted to tell, about how you became involved with DZone, about "a rare disease and a DZone editor." Can you share?

Ah, yes, yes. I started to run my site, I think, at the end of 2015. So, at that time, I was diagnosed with a rare disease. It was a very difficult time of my life because I didn't know if I would live, as it was a very, very difficult disease. I had to stop going to work, so I was at my home and I had nothing to do, so I started to draw more. I sent an email to Joe Esposito [a former DZone editor], and he answered me saying that it was okay that I started to publish them on my own.

A funny situation is because, when I published my first comic, which was "Java Garbage Collector Explained," I was going to the hospital to for two weeks for a very intensive treatment. So the first day that I was in the hospital, I was kind of miserable in my car in front of the hospital, so I was just looking at my cell phone and I saw that I saw that an email from John arrived in my inbox. He wrote something like, "Are you checking those page views, because the comic is very popular," and my wife told me, "Can you see there are good things happening, too?" I think that's one of the things that motivated for me to keep going with treatment, so it was very good therapy.

What do developers say about your comics?

I used to receive a few emails from people who wanted to thank me. One day I received an email by a guy by saying that his week was going badly, but he said it was made better and he was laughing because he was reading my comic. I was very proud. I think people feel represented by the comics sometimes, and because they are very specific jokes, you know, I think it's kind of easy to target and touch the people because I think we have the same ideas with the same thoughts, but people don't all know how to draw or to put it on paper. So, the feedback has been great and I'm very happy. 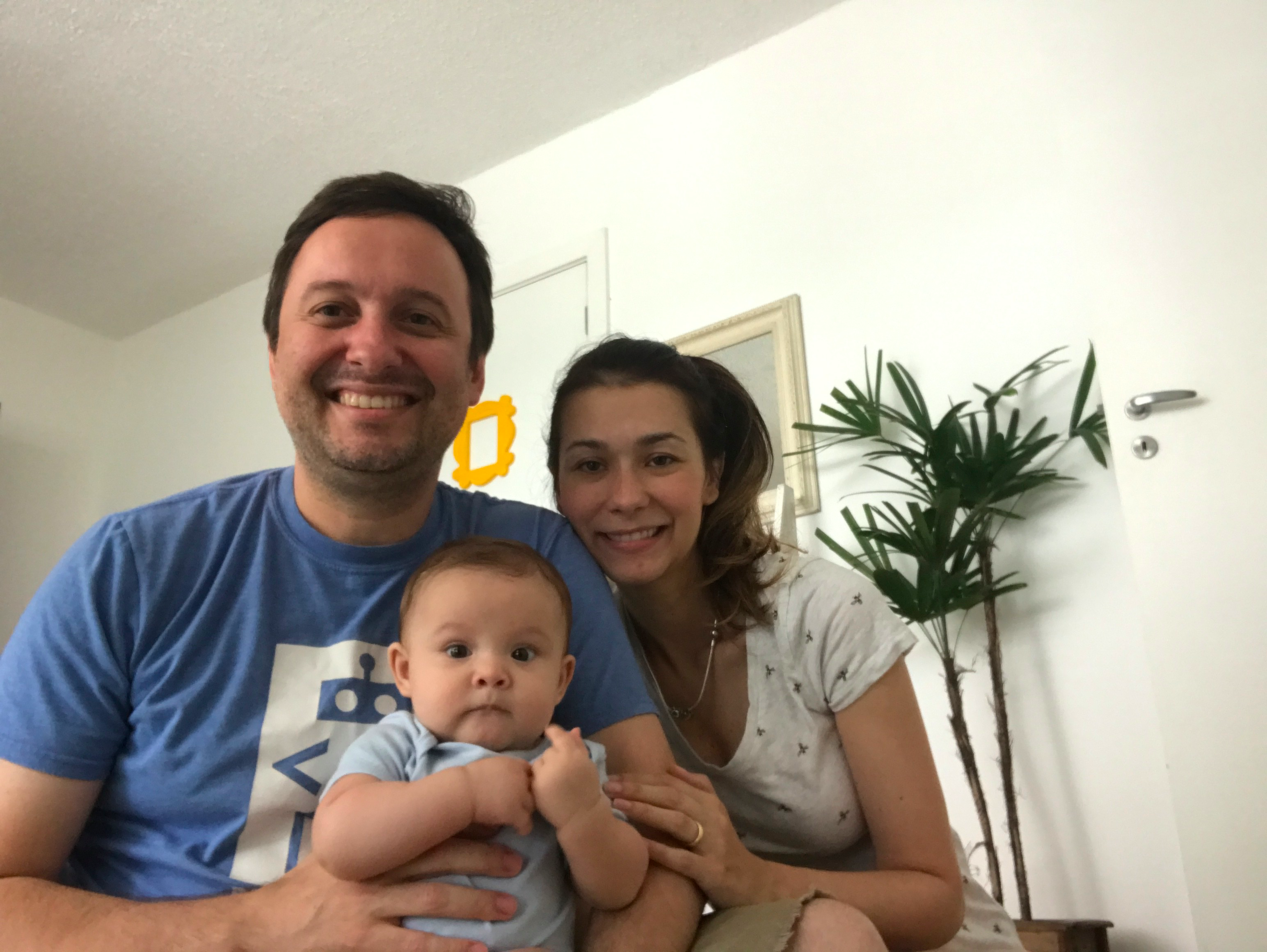 Daniel Stori with his family

It looks like a lot of your comics are Linux-inspired.

People love, when I do comics about Linux, I think because I used to depict the things that we  go through as humans as living things, like penguins. And I think I am kind of frustrated, and I think other developers are frustrated, too, because our jobs are really abstract, and they don't necessarily exist in a tangible sense. When you put the process to life and add more characters, I think that we create some kind of connection [with developers and their technology]. People feel that kind of a real representation of our job because our job is so abstract; we are not building bridges or houses, we are building something that exists only in the default state. This is why I think that people really enjoy comics about Linux.

You previously said that you reached out to John Esposito about publishing your comics. What lead you to choose to use DZone as a platform to share your comics?

What do you look for in a developer-centric community, even those outside of DZone, like GitHub or StackOverflow?

Personally, I am most comfortable in a community that uses open-source software, and, you know, when I am in charge of building complex software, I prefer an open-source project. So what I like in the communities is collaboration, although I must confess that I often do not give as much as I take from it. I do like to use a lot of the high-quality projects and documentation that the community produces.

Currently, I am working with Kubernetes, which is a very beautiful project. It's much easier when you work with open source projects compared to proprietary projects, and the open source community is very receptive and much easier to work with. I don't have the words to describe it.

How would you describe software developers' attitudes toward knowledge-sharing?

I don't know that my opinion is universally shared, but I feel that people [in software development] share more than other fields. When you do something great, the first thing you like to do is share, to put out details for other developers, through an article on DZone or some other platform. I think that this is something that is innate, it's in our DNA for developers to share.

It's important to share in development because, unlike other fields, people can contribute to shared knowledge. It's not like if I was, for example, a rocket engineer; you can't share a rocket. Software is an abstract thing, and a beautiful thing in that other people can contribute, which is why I think it's in the DNA of our community to share.

(We just need to improve our documentation, but I think that'll always be an ongoing issue.)