Developers use CircleCI to build all sorts of projects. Many of those projects follow the typical one project per repo approach to code organization. Some include documentation, logs, vendor packages, deployment scripts, and more. Then there are the monorepos that companies like Google use. The added complexity that these repos bring leads to a different workflow for many of our customers. 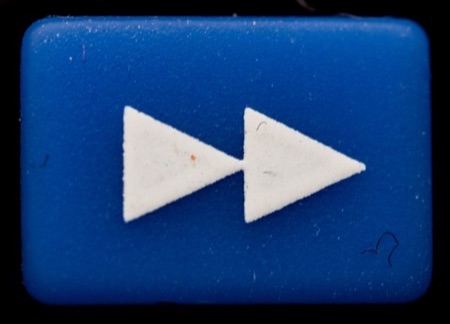 There are times where customers don’t want CircleCI to build a trivial commit. Maybe they’re simply adding a note to the README, or a log file was updated. Not building can save container time for the commits that actually need it. CircleCI covers this by supporting the [ci skip] or [skip ci] “flags” in a commit message. If this is needed frequently, prefixing commit messages with [skip ci] every time can get annoying fast. This can be automated with Git hooks.

What We’ll Be Using

For those not familiar, Git has a system of hooks. These are points in time, before or after a specific action in Git where it can run a script. For example, let’s say that every time a commit is made, we wanted to make sure we are working with the latest upstream code. A Git hook could be utilized that updates master and rebases current branch on master before Git saves the commit.

As mentioned previously, CircleCI supports the CI standard commit flag of [skip ci]. When this flag is present in a commit message, CircleCI will not run a build. This can save on the number of containers running and total build minutes used.

To mimic Git’s use of the .gitignore file, we’re going to create the concept of a .ciignore file for this blog post. The Git hook we’re creating will use this file to know which files, directories, and patterns should be ignored when running builds

Implementing .ciignore in a Repo

The scenario we’re using in this post is a .ciignore file in the root directory that will tell Git that we don’t want to do a build on CircleCI when the only changes in a commit are in the logs/ directory. The root of our repo could look something like this:

The .ciignore file goes in the root of the repo while our Git hook’s file path will be .git/hooks/commit-msg. The contents of each of these files can be seen via the GitHub Gists below.

.ciignore — This file contains a single pattern, logs/*. We want to skip builds for changes in the logs directory.

.git/hooks/commit-msg — This is our hook, a simple Bash script. Here’s a quick breakdown:

Steps 4 & 5 are important because even when a change happens in a directory we want to ignore, if the main source code also changes we still want to build. Otherwise we could end up in a scenario where we add a feature and update a log File in the same commit, and it never gets built meaning the feature’s roll-out now gets delayed.

One thing to keep in mind is that hooks don’t travel with the repo. What this means is that client-side hooks, what we’re using here, don’t fall under Git’s version control, nor do they get copied over when a repo is cloned or pushed. To get around this, some people keep hooks in a directory in the repo itself then symlink them into place once they clone the repo.

Using Git hooks to create a .ciignore file is just one example of how to utilize Git hooks to improve the daily workflow with CircleCI. Other ideas could be to use a Git hook to modify circle.yml upon commit to only run specific tests.

Do you use Git hooks with CircleCI? We’d love to hear about it on Discuss.