In this blog post, I want to explain how to automate the deployment of a microservice using a delivery pipeline on IBM Cloud.

Maybe you already know Niklas, Harald, and I made the project called Cloud Native Starter. That project includes a Hands-on workshop that is called “Build a Java Microservice and deploy the Microservice to Kubernetes on IBM Cloud.” In Lab 4, you have to deploy the Authors Microservice to Kubernetes on IBM Cloud. Sometimes we have limited time in workshops. The limited-time is the reason why we want to reduce the manual effort for students in a workshop to a minimum, therefore, we took the IBM Cloud Continuous Delivery, and I created a repeatable way with minimal human interaction. The delivery pipeline contains sequences of stages, which retrieve inputs and run jobs such as builds, and deployments.

That image shows two stages; one stage is called  FETCH  and the other  DEPLOY_SERVICES . The FETCH  stages contain a job called Fetch code and the  DELOY_SERVICES has two jobs one for build and one for deployment.

With the realization of the automated setup for the creation of the toolchain, you can just press the button Create toolchain in the GitHub project and follow a guided wizard to deploy the Authors Microservice. 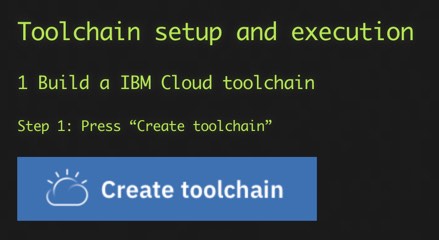 That toolchain automates following major manual deployment steps in the workshop for the Authors Microservice.

If you want to check it out, just visit the GitHub project and press Create toolchain and follow the instructions. A wizard creates the toolchain for you, clones the Cloud Native Starter Project to a source code repository and does execute a deployment pipeline. The deployment pipeline does the deployment of the Authors Microservice to Kubernetes on IBM Cloud.

Here you see how to access the deployed Authors service running on the free Kubernetes Cluster on IBM Cloud.

Basic Understanding of What a Toolchain on IBM Cloud Does

The toolchain is related to the topic of continuous delivery.

The text with the links below is a great starting point to understand the toolchain.

Here are the three major areas of a IBM Cloud toolchain, with a simplified short description of the tools I configured in the toolchain. 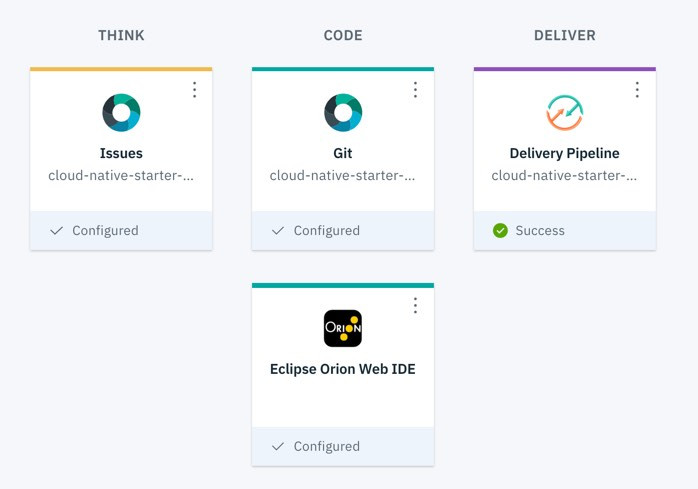 Areas of an IBM toolchain

How to Set up A Custom Toolchain 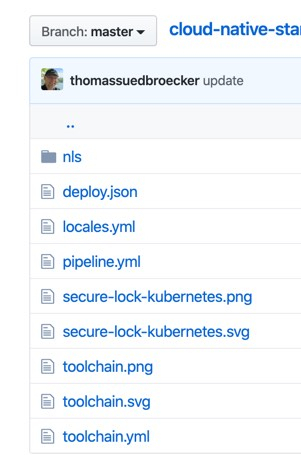 To ensure there will be no additional task for a student in a workshop during the creation of an own toolchain, I had to implement a custom toolchain template. In that link you find a great starting point to learn, how to create custom toolchain templates. You can also visit my .bluemix  folder in the GitHub project. That folder contains the configuration I applied. The following image and table contains a short description of the .bluemix folder.

I hope this was useful for you and let’s see what’s next.

Published at DZone with permission of Thomas Suedbroecker. See the original article here.