We have a Git repository and Azure static website set up. It's time to connect these two with Jekyll build and release pipelines to automate publishing from our machine to static website. This part of the series focuses on a Jekyll build pipeline.

How a Build Pipeline Works

For the Jekyll experiment, I created a new project on Azure DevOps and cloned it to my laptop from the code repository. When I make a commit to the master branch then the build pipeline is triggered and a static blog is built by Jekyll. After a successful build, the release pipeline takes over and publishes generated files to Azure storage static website.

A build pipeline is actually simple. It's just a virtual machine running Ruby. Using script commands, Jekyll with related tooling is installed and run. If a Jekyll build succeeded then the _site  folder is copied to the build pipeline artifacts folder that is accessible for build pipelines.

I highly recommend that you create a build pipeline from a YAML file hosted in the repository. It's the easiest and fastest way to get it done. Here is the YAML file I'm using. Make sure you have it in your repository root before setting up Jekyll build pipeline.

If you're successful, then you should see the following build report with all steps turning green. 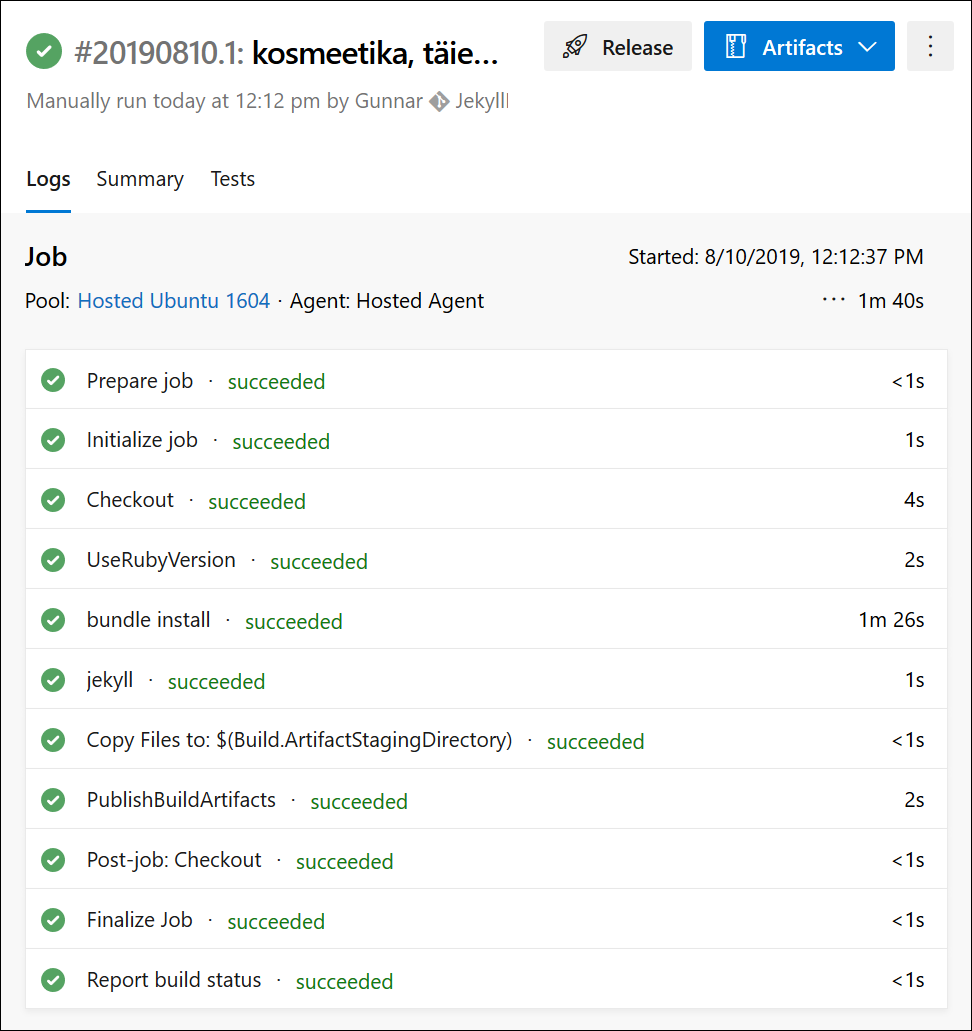 Click on the Artifacts button to see if there is artifact called "site" and open it. If everything went okay, you should see a file tree like shown on the following image.

Our Jekyll build pipeline is ready and it works.

It's actually easy to create Azure DevOps build pipeline using a YAML definition. We had to add a few commands to get Jekyll installed and a site built on build server. After a successful build, our static site is waiting in the build artifacts folder. We can now write a new blog post, push it to the code repository, and the Jekyll build pipeline activates automatically.