in 2004, when i was a university student, after following a compiler technical course, i had the urge to write a computer language. so, i did. but not following the book, he he.

: ) i followed my own way to achieve a simple compiler via the java language. it looks like this:

it looks childish, right? but i am fully passionate about it，and am using this as my graduation thesis. my teacher has also given it a positive evaluation. after that, i posted this little item to the java.net community.

the ejc project has now moved to the netbeans platform. on the functionality aspect, ejc has a close relationship with java and the ejc language compiler is also written by using the java language.

compared with the existing scripting languages php, ruby, perl, etc, the difference is that ejc technology allows our computer language not only to be interpretated by jvm dynamic implementation, while paying a lot of attention to the language native api binding. also, the source files can be compiled to an executable file . i know that china 's software technology is relatively backward, but we never gave up in coming to the current state of the project.

to make more friends, to know and understand , and to help ejc project development, we came here. we need help from around the world !

please pay attention to this project and help us!

right now ejc on the netbeans platform looks like this: 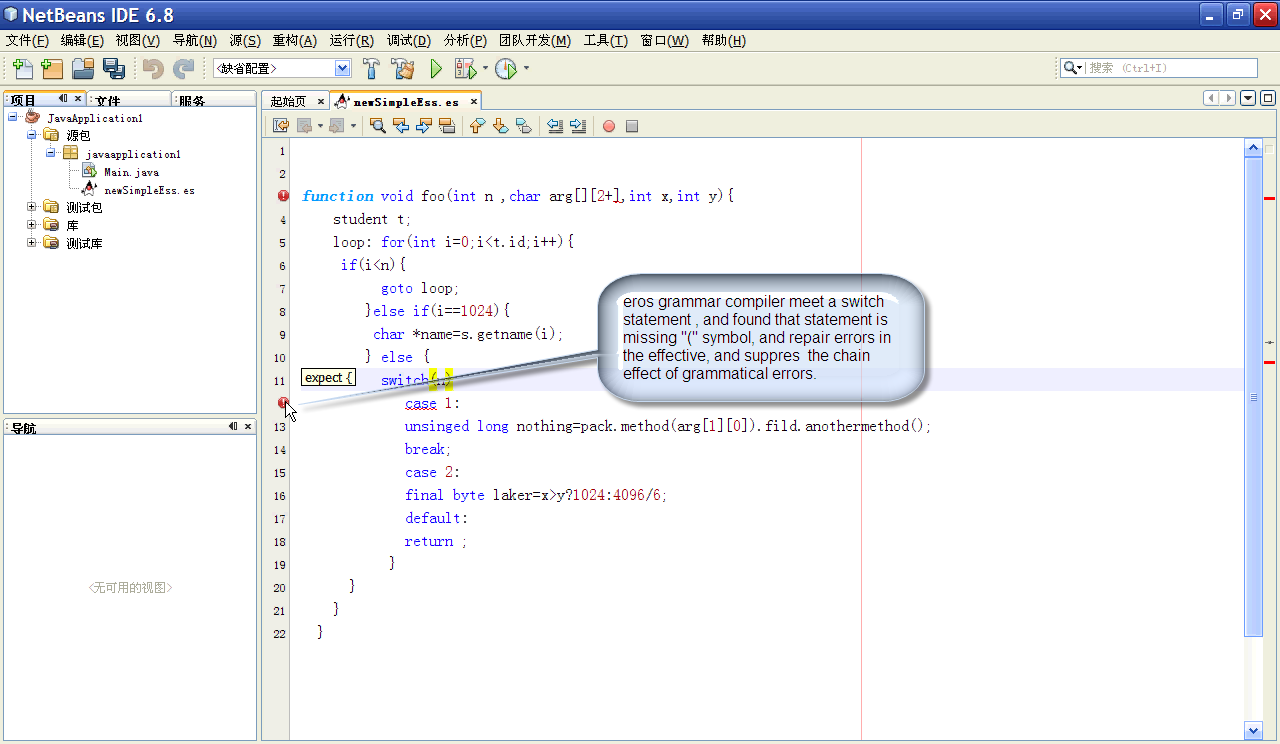