now that we have designed and constructed our azure tables and effectively persisting data to them, the next important point would be how to get data out of them.  because of the nature and limitations of azure tables, querying the data can easily be inefficient.  however, we didn’t wait until we needed to get the data out before we started thinking about querying the data, but started with that in mind when designing out tables.  but, despite the steps we have taken to be able to efficiently retrieve the data, there are no safeguards to ensure that we don’t write inefficient queries.  therefore, we will not only be covering how to write queries and retrieve the data, but also look at what components are required to write efficient queries as well as how to avoid writing inefficient queries.

you’ll notice here we aren’t using the retrieve method but the createquery which will allow you to construct and execute queries with linq.  there are limitations to createquery as it has been specifically optimized for working with azure table storage, but you can review all the supported linq operations available.

although we are specifying a partition key as part of our query, because this is crossing partition boundaries, this has the potential of being a fairly inefficient queries depending on the number of entities per partition as well as the number of partitions involved.

before jumping into what determines an inefficient query, this would be a good time to break down how a query is handled at a more granular level.  we have already talked about how the partition key plays the primary role in allowing your data to be scalable and a direct relation to efficiency when querying.  let’s take a closer look at the underlying reasons that make the partition key play such a primary role.

this is only a high level view of some of the azure storage architecture, but a detailed paper is available for ground level details. azure storage is made up of various numbers of storage nodes to help disperse the load from requests.  a partition of data might easily span multiple storage nodes.  a partition server is used for handling all requests to a specific partition of data and can be responsible for handling request for more than one partition.

querying all the things

all our queries up to now have all either required the partition key, row key or both.  but the partition and row key are usually not the only two properties on a table entity. as soon as you started writing queries that utilize the entity properties you will have moved into the realm of inefficient queries.

including a partition key with every query can drastically help with performance.  this is even more noticeable for data under heavy load.

continuation tokens are more or less book-markers for queries.  they allow for queries to pick up from where they left off.  there are a number of scenarios where azure table storage requires you to utilize continuation tokens in order to acquire all the available results to you query, such as:

because of these limitations, you can see how partition size could easily play a role in performance.  too large of partitions has shown to directly impact the ability to scale, while too small could easily impact performance.  a query that has a result of 5 entities, each with their own partition, could force you to handle 4 continuation tokens to fully acquire all the results.  so, how do we handle a continuation token?

well the good news is that if you don’t want to, the storage client sdk handles continuation tokens for you.  however, there are cases where you need to take a more granular approach to your queries as in the case where you want to ensure you are not pulling back overwhelming amounts of entities or possibly you want to implement pagination.  below is an example for utilizing continuation tokens :

the continuation should not be based on whether or not any results were returned, but based on whether the continuation token was null .  this is because a query sent to a partition server might not have any results, but because it crossed a partition server, it automatically returned a continuation token with no query results . in addition, it is always recommended that you write queries for handling tokens to ensure you’re not incidentally pulling overwhelming data results.

rats! we hit a snag (working with retry policies)

whether it is because the internet hamsters sleep or some other snafu, you can be certain there will be situations where our attempted operations fail.  lucky for us, we can define a retry policy that provides a means for a failed operation to repeat if necessary.  this is a topic we didn’t cover in the first “be sure with azure” on blob storage but applies to all the storage services.  there are a few out-of-the-box policies available as well as the ability to create custom retry policies.  the 3 available policies are:

we can set the defaultrequestoptions on our cloudtableclient that allows us to specify settings such as our retry policy.  in addition to setting the retry policy in the example below, we are also setting the maximumexecutiontime simply for the sake of point it out. retry polices allow you to specify the delta backoff time between retries as well as the number of maximum attempts:

exponential retry policy will force the period of time between retries to grow exponentially in such a way that the above example will fire the first retry at 5 seconds, 10 seconds between the next retry, then 20 seconds, and so on, until the max number of attempts has been reached. this is defined as the first constructor’s parameter deltabackoff. in addition, we can specify the maximum number of retries.

linear retries works in such a way that the interval time between retries stays consistent based on the specified deltabackoff time.  the none is a policy but simply returns false for shouldretry() method when checked by the cloudtableclient.

so how do we know when a retry has occurred?

a common question asked is how to know if a operation failed and a retry was attempted?  there are a few options available.  one is to use microsoft’s enterprise transient fault application block easily accessible through nuget and attach to its event handling and built in ability to know about transient faults when they occur.

the problem with this approach is the readability of the code itself being that all execution is handled by the retrypolicy .  the good news is that we can create a custom policy by implementing the iretrypolicy interface that will allow you to handle how you want a retry to occur or extra logic such as logging.

the current retry policies available do not retry on http status codes 4xx, 306, 501, 505.  therefore, if you do write your own custom retry policy you will want to make sure to handle these as well.

the etag is the property that azure tables use for conducting optimistic concurrency.  when an entity is retrieved the etag property is provided.  when you persist an update to the entity, the etag is a mandatory property that will need to be set.  the service will make the comparison to verify it matches the etag of the current entity in the table in order for the update to be successful.  if not, a http status code of 412 will be returned.

however, if you are in need of forcing an update, you can assign the wildcard “*” to the etag property to force an update.  in regards to the table storage service, not all requests require the etag. the storage sdk reflects what the azure storage api requires and when attempting to conduct a replace or merge table operation, the client will warn you if you don’t provide the etag or if it’s not a wildcard “*” before submission.  but when attempting an insertormerge or insertorreplace , the etag is not required because the service doesn’t require it.

azure has provided a helpful write up on concurrency for their storage services, including some suggestions if requiring a pessimistic concurrency mechanism for your table.

if you are implementing any type of public api, approach using the insertorreplace and insertormerge operations with caution as you will default to a last-write-wins scenario which might be undesirable. 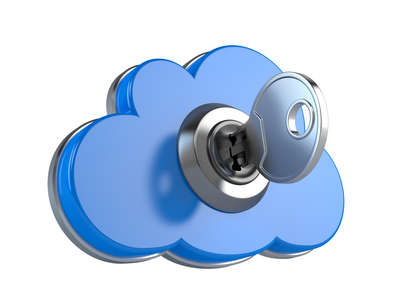 as a refresher for those that didn’t read all the intricate details found in the previous article on blob storage , a shared access signature is an hmac sha-256 hash composed from a number of query string parameters that specify details such as the specific resources, expiration time of the granted access and the permissions granted, just to name a few.

to see how this can be utilized, in the example below is demonstrating the scenario of an external client that can request a shared access signature from your api.  this sas could then be used to acquire access to table storage entities it has been given access:

the first operation will be to create and store a stored access policy in our storage account.  we can do this by first creating the policy and calling setpermissions on the cloudtableclient. the link to our shared access signature will be the identifier that we assign the policy.  in this example we have named it “tablepolicy1”:

finally, as we saw in the original ad hoc example our client who has received the shared access signature could create his cloudtableclient indirectly by using the sas and conduct any table operations that are within the specified stored access policy.

despite having a limit of only 5 stored access policies, utilizing them will benefit you when the need arises to revoke a shared access signature.  it centralizes your distributed permissions and makes management a bit easier.

we have already looked at one way in part 1 under “de-normalization” when we discussed duplicating entities with different row keys.  this has the benefit of providing a type of secondary index, but it also comes with a heavy overhead of maintenance and depending on the size of your data, a significant impact in overall database size.  however, if you’re interested in researching other approaches to generating secondary indexes, you can read up here on how.

we have managed to cover a lot in this second part on azure’s table storage including writing efficient queries and how to avoid inefficient queries, utilizing retry policies, concurrency and security.  you can clearly see there is a lot to learn.  but, one of the nice aspects of the .net storage client sdk is that it makes getting started fairly easy.  if you dropped in on part 2, take a look at part 1 to get the first half of the story and how to get started with microsoft’s azure table storage service.