What is the clean code? Well, in simple terms, clean is a code that can be easily understood and modified.

Why clean code? You need clean code because code is meant to be read by humans, not by machines, the cleaner it is the easier it will be understood. You’ll be building systems that are not static and will be expanded/changed when new requirements arise, and because the code will have bugs and they need to be fixed. There is also another very important reason when someone else (or maybe even yourself after a few months) needs to use or change the code it will be easier for them to be productive if they can understand your code quicker.

There are a few tricks you can use, no meter your level of experience, you can use right away to make your code cleaner: Small functions and Good naming (in variables, functions, and classes). Although there are more, my experience has shown me that those two alone will have a bigger impact on the lowest effort because for the most part, it’s not a matter of skill/knowledge, it is just a matter of caring. 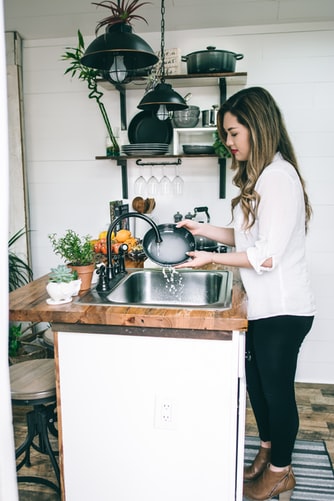 Make your code this clean!

As you know, the best way to solve a problem is to split it into smaller pieces. This is exactly what this trick is all about. A big function is harder to debug, change and test than a set of smaller ones. An additional benefit of this is the ability to reuse code. So, all you need to do is to make sure a function will only do one thing and do it well.

Having things named right is hard! The golden rule is to have the name clearly describe its meaning; however, you should take the additional effort because it will pay-off big time throughout the development life cycle. When you see a reference of a variable, function or class, you can infer what it is and/or what it does without having to investigate its details.

There are a few rules of thumb when it comes to naming things:

Although this is a very simple set of rules, I keep seeing bad code being written by junior and senior developers alike. Just start using them right away and this for sure will make your future self much happier!

As professional developers we need to be responsible for our code, having it work is not enough! A good professional takes care of its code and must make sure what he/she releases is the best they can do, not only for themselves but also and foremost to be used by others.

There are quite a few more techniques to make your code clean. Robert C. Martin has two books dedicated to this subject (Clean Code and Clean Architecture), these books are quite complete, and provide an in-depth set of techniques to build and design clean code. I urge you to read them!

Should I Still Be a Programmer After 40?

The Importance of Comments for Maintainable Code

Published at DZone with permission of João Carias . See the original article here.