let’s look at some technologies that can help significantly in the process of overcoming these limitations.


is your app on the index? become part of the web of apps.

if you’ve built an android app and it’s not on the app index yet, you are already losing potential re-engagement. indexing your android app means that your in-app content will become accessible through mobile search to users who have already installed your app. the little green text just below the title link informs users that they are being sent to a mobile app. we all know how hard it is to get users to re-interact with your app after they’ve abandoned it and the google app indexing is a great step towards making this easier. technically it is pretty simple, follow this tutorial and get started. this feature is available for android apps only but it makes sense to expect it will work with other operating systems in the future. 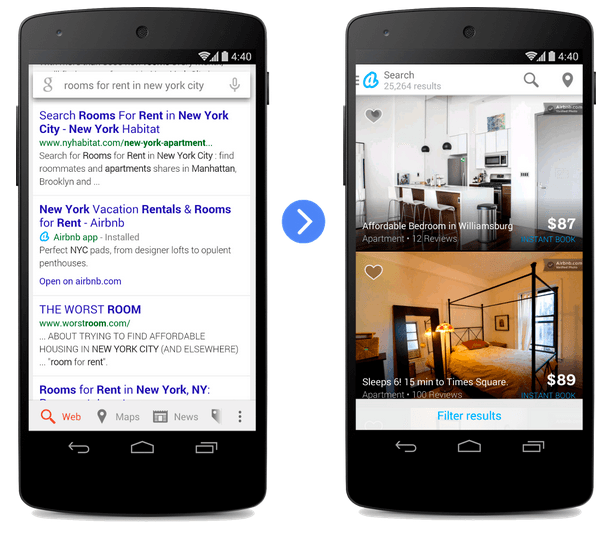 while the google app indexing is not available to non-android apps, any app can get advantage of deep linking , the core technology that the google app indexing is using.the deep linking is a powerful tool to increase user engagement and it can be used in countless scenarios. you can increase roi from advertising and email nurture campaigns because users will be sent to relevant content and you can even include a “call uber” button if it makes sense in the context of your app. check out deep linking: the foundation for a new mobile web for a deep dive in deep linking. 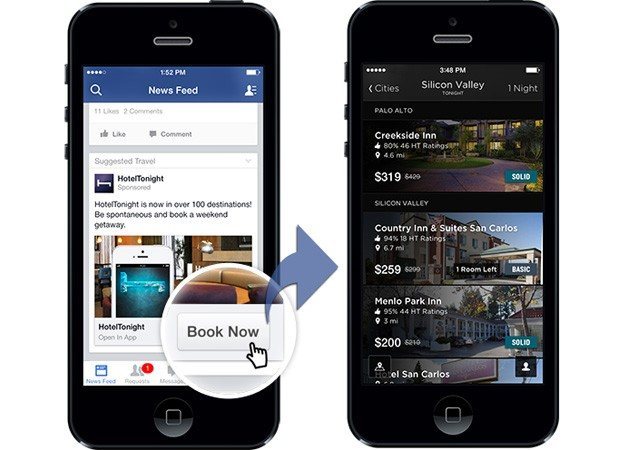 
tag your apps. don’t lose time re-publishing your app for every single update.

while the web allows for real-time updates of content and features, the mobile apps are practically frozen once they are installed on the user device. from this point on the developers can push updates to their app user base only if the user agrees to it. the google tag manager (gtm) for mobile apps provides an effective way to solve this challenge to some extent. with gtm enabled in your apps, and this is fairly simple, you can change configuration values in your apps though the gtm interface without having to rebuild and resubmit application binaries to app marketplaces. it works across devices and supports both mobile websites and native mobile apps. you have control over configurations such as various ui settings and display strings, sizes, locations and languages as well as type of ads served in your app.

all of this is pretty simple. this getting started guide walks you through the process in details for android and ios apps .


the web of apps

the marketplaces are and most probably will stay the #1 place where users search for apps, but there are so many untapped opportunities for mobile apps owners to reach their existing and potential customers. the web of apps will evolve with the willingness of mobile developers to become part of this transformation. are you already using any of these technologies in your app? i’ll be very glad to hear how you solve these challenges.

if you are a mobile developer going the native way check out ui for android and ui for ios .