A lesser-known phenomena is the lost updates anomaly and that’s what we are going to discuss in this current article.

Most database systems use Read Committed as the default isolation level (MySQL using Repeatable Read instead). Choosing the isolation level is about finding the right balance of consistency and scalability for our current application requirements.

All the following examples are going to be run on PostgreSQL 9.3. Other database systems may behave differently according to their specific ACID implementation.

PostgreSQL uses both locks and MVCC (Multiversion Concurrency Control). In MVCC read and write locks are not conflicting, so reading doesn’t block writing and writing doesn’t block reading either.

Because most applications use the default isolation level, it’s very important to understand the Read Committed characteristics:

In this example Bob’s UPDATE must wait for Alice’s transaction to end (commit/rollback) in order to proceed further.

If two transactions are updating different columns of the same row, then there is no conflict. The second update blocks until the first transaction is committed and the final result reflects both update changes.

So an update is lost when a user overrides the current database state without realizing that someone else changed it between the moment of data loading and the moment the update occurs.

In this example Bob is not aware that Alice has just changed the quantity from 7 to 6, so her UPDATE is overwritten by Bob’s change. 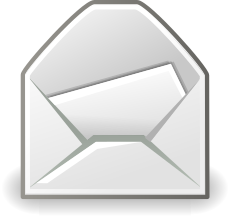 Hibernate (like any other ORM tool) automatically translates entity state transitions to SQL queries. You first load an entity, change it and let the Hibernate flush mechanism syncronize all changes with the database.

As I’ve already pointed out, all UPDATE statements acquire write locks, even in Read Committed isolation. The persistence context write-behind policy aims to reduce the lock holding interval but the longer the period between the read and the write operations the more chances of getting into a lost update situation.

Hibernate includes all row columns in an UPDATE statement. This strategy can be changed to include only the dirty properties (through the @DynamicUpdateannotation) but the reference documentation warns us about its effectiveness:

So let’s see how Alice and Bob concurrently update the same Product using an ORM framework:

Again Alice’s update is lost without Bob ever knowing he overwrote her changes. We should always prevent data integrity anomalies, so let’s see how we can overcome this phenomena.

Using Repeatable Read (as well as Serializable which offers a even stricter isolation level) can prevent lost updates across concurrent database transactions.

If two transactions attempt to modify the same record, the second transaction will wait for the first one to either commit or rollback. If the first transaction commits, then the second one must be aborted to prevent lost updates.

Another solution would be to use the FOR UPDATE with the default Read Committed isolation level. This locking clause acquires the same write locks as with UPDATE and DELETE statements.

Bob couldn’t proceed with the SELECT statement because Alice has already acquired the write locks on the same row. Bob will have to wait for Alice to end her transaction and when Bob’s SELECT is unblocked he will automatically see her changes, therefore Alice’s UPDATE won’t be lost.

Both transactions should use the FOR UPDATE locking. If the first transaction doesn’t acquire the write locks, the lost update can still happen.

Alice’s UPDATE is blocked until Bob releases the write locks at the end of his current transaction. But Alice’s persistence context is using a stale entity snapshot, so she overwrites Bob changes, leading to another lost update situation.

The product table will also include a version column that prevents old data snapshots to overwrite the latest data.

Every UPDATE takes the load-time version into the WHERE clause, assuming no one has changed this row since it was retrieved from the database. If some other transaction manages to commit a newer entity version, the UPDATE WHERE clause will no longer match any row and so the lost update is prevented.

Hibernate uses the PreparedStatement#executeUpdate result to check the number of updated rows. If no row was matched, it then throws a StaleObjectStateException(when using Hibernate API) or an OptimisticLockException (when using JPA).

Like with Repeatable Read the current transaction and the persistence context are aborted, in respect to atomicity guarantees.

Lost updates can happen unless you plan for preventing such situations. Other than optimistic locking, all pessimistic locking approaches are effective only in the scope of the same database transaction, when both the SELECT and the UPDATE statements are executed in the same physical transaction.

In my next post I will explain why optimistic locking is the only viable solution when using application-level transactions, like it’s the case for most web applications.