One of the most important characteristics of any benchmark is full transparency. The code for both, Apache Ignite and Hazelcast benchmarks is provided in the corresponding GIT repos:
On startup, Yardstick simply accepts the URL of a GIT repo as a parameter and executes all the benchmarks provided in that repository. This approach makes it really easy to change existing benchmarks or add new ones.

In the interest of full disclosure, I should also mention that I am one of the committers for Apache Ignite project. However, to the best of my ability, I try to stay away from any opinions and simply state the discovered facts here.

In this benchmark we attempt to compare Data Grid basic cache operations and transactions only. Both, Ignite and Hazelcast have many other features that you can find out on their respective websites.

After some tweaking and tuning, here is what I found about Ignite and Hazelcast:

We compared basic puts and puts-and-gets into the cache.

The code used for the benchmark execution can be found on GitHub:


Result:
We found that both Ignite and Hazelcast exhibit about the same performance with Ignite being about 4% to 7% faster on most of the runs.

Here are the graphs produced by Yardstick: 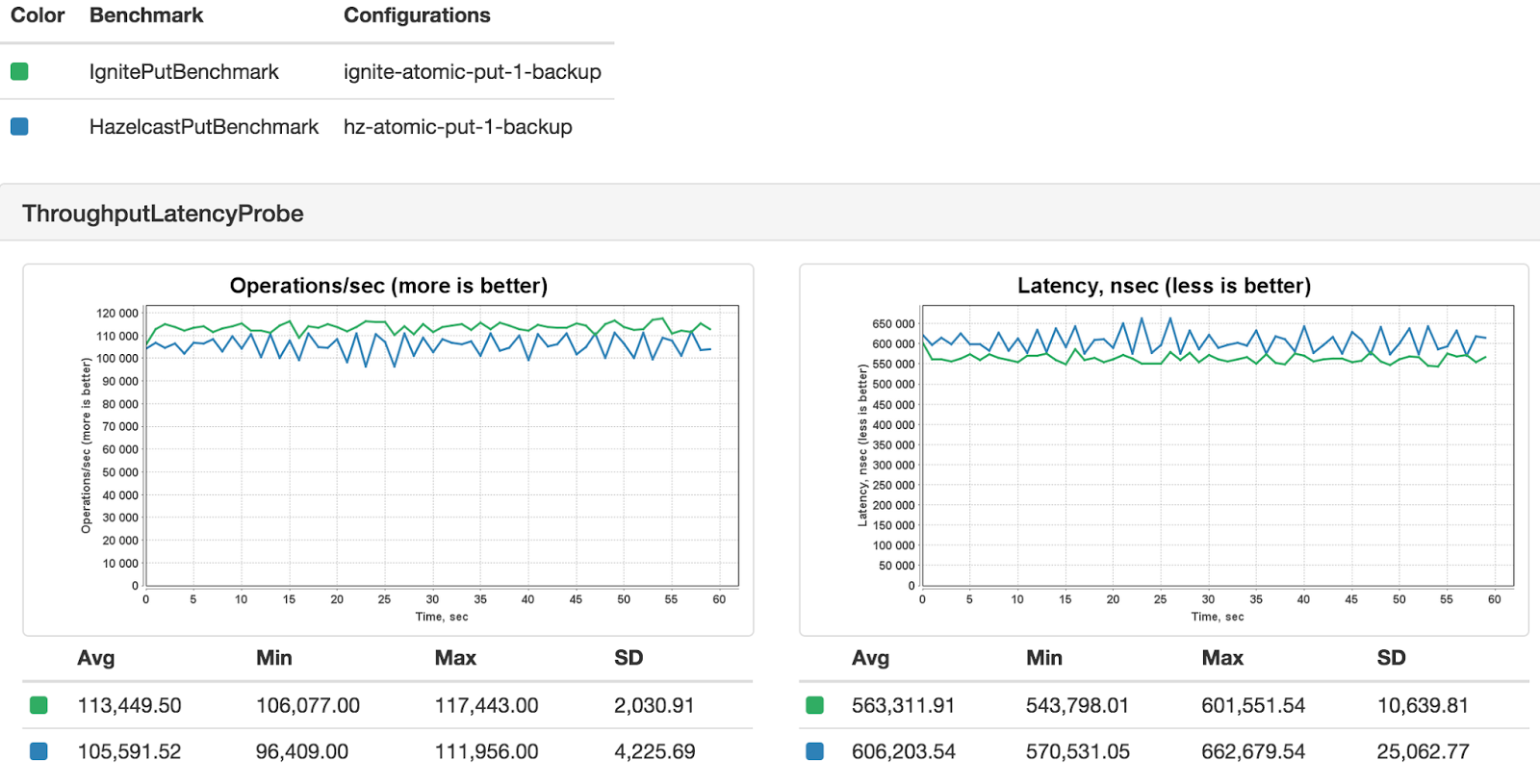 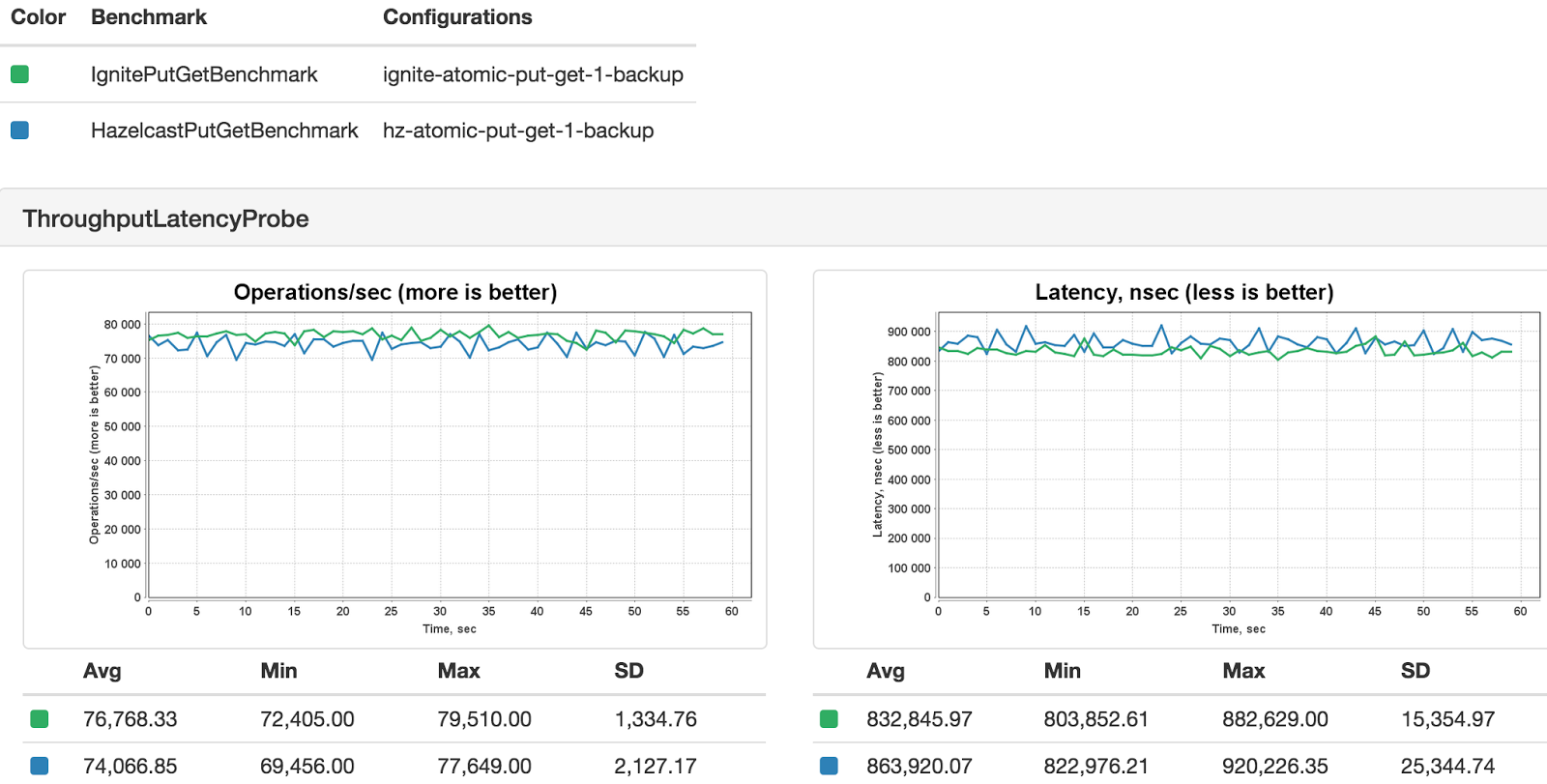 We compared basic transactional puts and puts-and-gets into the cache.

The code used for the benchmark execution can be found on GitHub:

Here are the graphs produced by Yardstick: 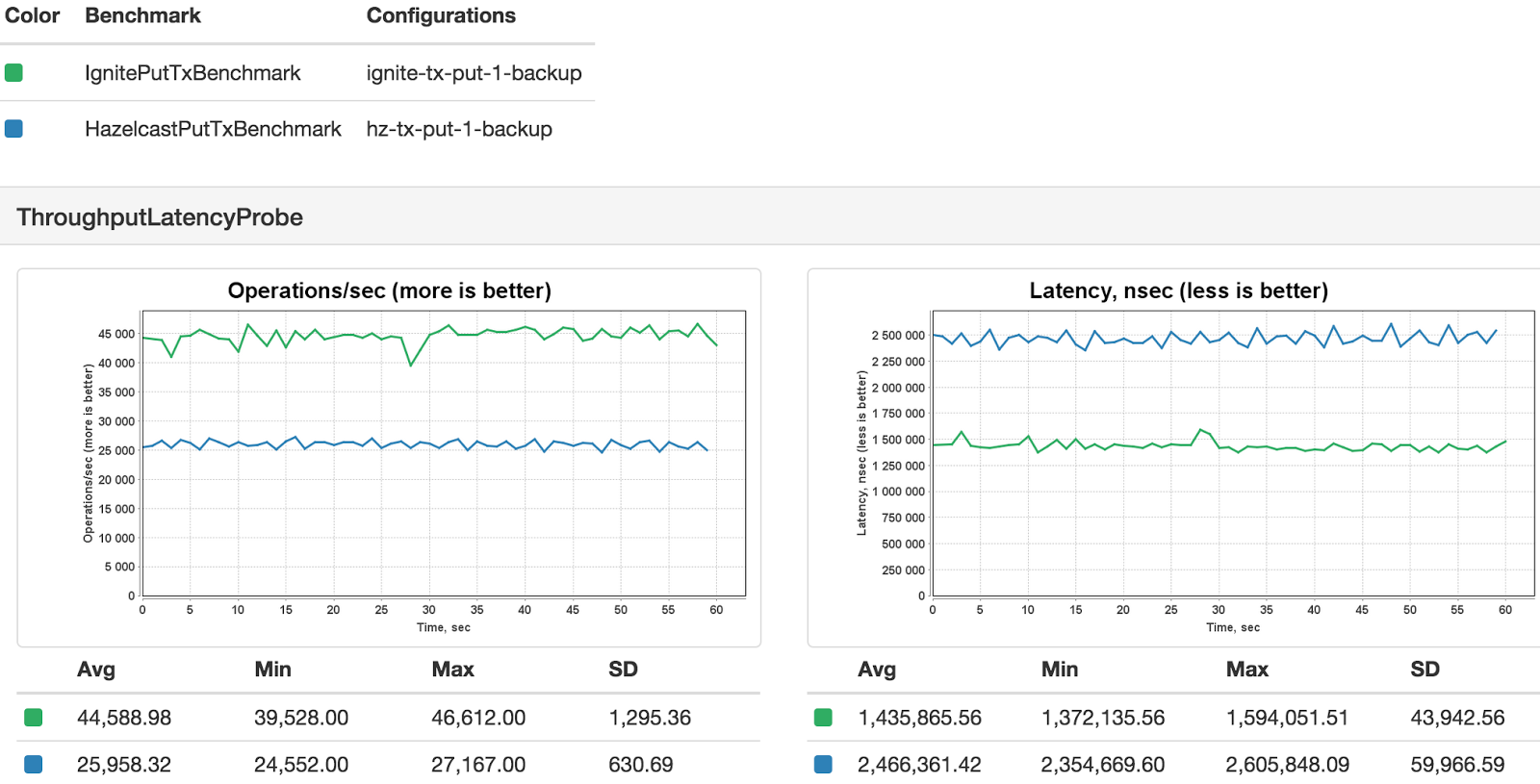 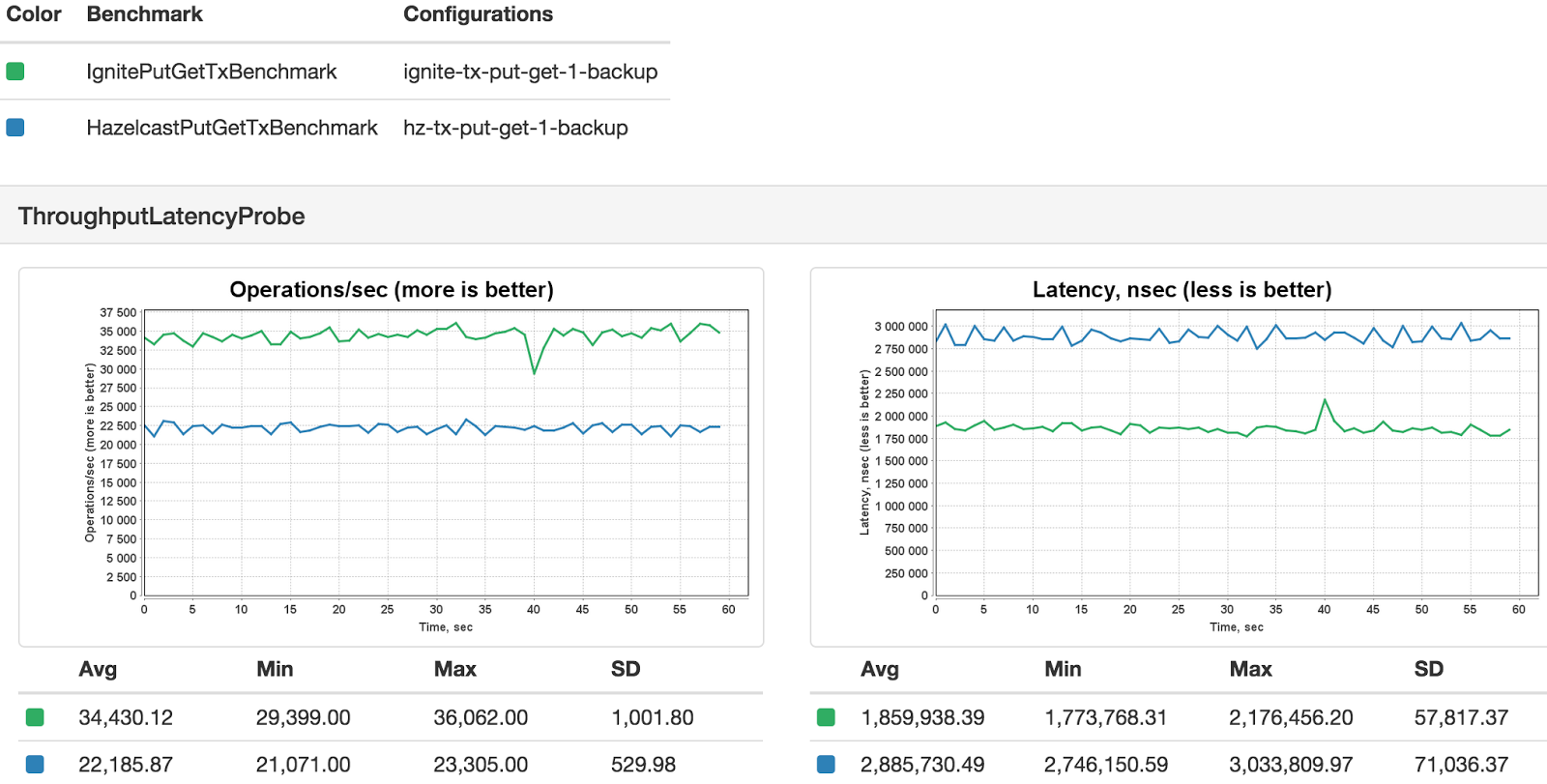 In my following blogs I will compare the query performance of both products as well and will post my findings.
Apache Ignite Hazelcast Data (computing) AWS