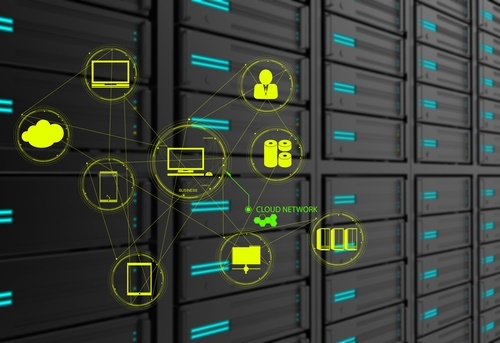 virtual appliances deliver the potential to enhance data security and operational efficiency in it departments of all shapes, sizes, and types. as the technology expands to encompass ever more data-center operations, it becomes nearly impossible for managers to exclude virtual appliances from their overall it strategies.

why have virtual appliances taken the it world by storm? they just make sense. by combining applications with just as much operating system and other resources as they need, you're able to minimize overhead and maximize processing efficiency. you can run the appliances on standard hardware or in virtual machines.

at the risk of sounding like a late-night tv commercial, "but wait, there's more!" the turnkey linux site summarizes several other benefits of virtual appliances: they streamline complicated, labor-intensive processes; they make software deployment a breeze by encapsulating all the app's dependencies, thus precluding conflicts due to incompatible oses and missing libraries; and last but not least, they enhance security by running in isolation, so a problem with or breach of one appliance doesn't affect any other network components.

in fact, the heightened focus in organizations of all sizes on data security is the impetus that will lead to a doubling of the market for virtual security appliances between 2013 and 2018, according to research firm infonetics. the company forecasts that revenues from virtual security appliances will total $1.2 billion in 2018, as cited by fierce it's fred donovan in a november 11, 2014, article . 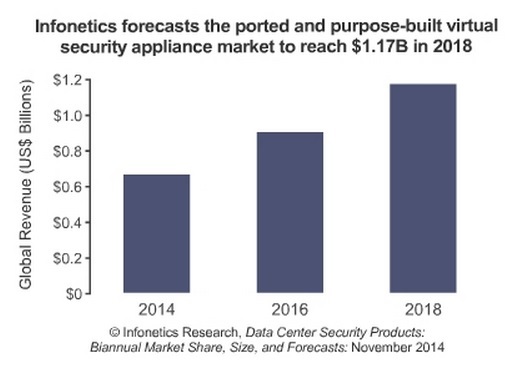 growth in the market for virtual appliances will be spurred in large part by increased emphasis on data security in organizations. source: infonetics research, via fierce it

in particular, virtual appliances are seen as the primary platform for implementation of software-defined networks and network functions virtualization, both of which are expected to boom starting in 2016, according to infonetics.

the roster of top-notch virtual appliances continues to grow

if you prefer the diy approach, the tkldev development environment for turnkey linux appliances claims to make building turnkey core from scratch as easy as running make .

the source code for all the appliances in the turnkey library are available on github , as are all other repositories and the tkldev documentation .

also available are the turnkey lxc (linux containers) and turnkey lxc appliance . turnkey lxc is described by turnkey linux's alon swartz in a december 19, 2013, post as a " middle ground between a chroot on steroids and a full fledged virtual machine." the environment allows multiple isolated containers to be run on a single host.

the most recent addition to the virtual-appliance field is the morpheus virtual appliance , which is the first and only database provisioning and management platform that supports private, public, and hybrid clouds. morpheus offers the simplest way to provision heterogeneous mysql, mongodb, redis, and elasticsearch databases.

the morpheus virtual appliance offers real-time monitoring and analysis of all your databases via a single dashboard to provide instant insight into consumption and availability of system resources. a free full replica set is provisioned for each database instance, and backups are created for your mysql and redis databases.

visit the morpheus site to create a free trial account . you'll also find out how to get started using morpheus , which is the only database-as-a-service to support sql, nosql, and in-memory databases.