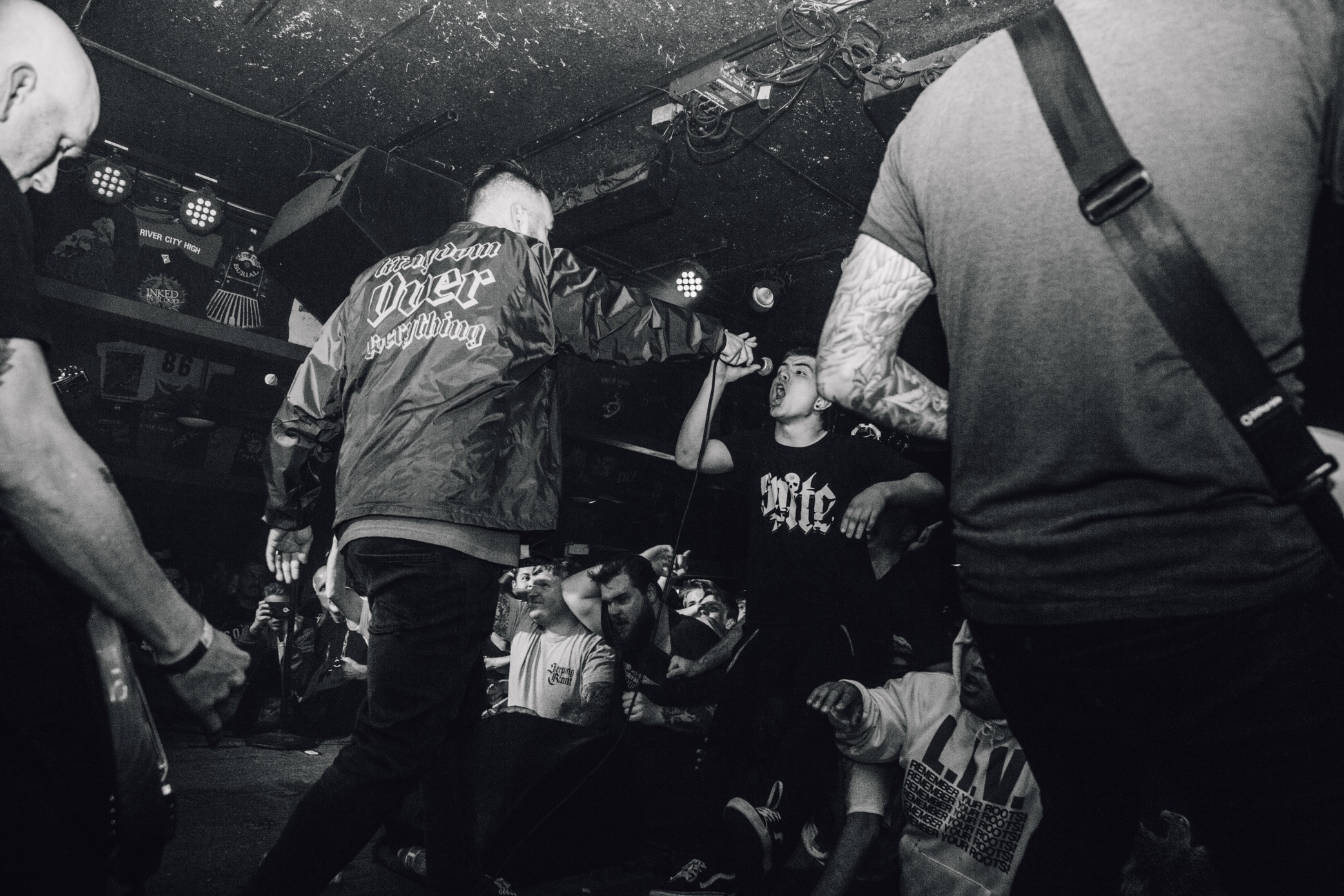 "What about power metal?"

"Oh c'mon. Millions of Manowar fans can't be that wrong, can they?" I'm really trying here. I get a skeptically raised eyebrow in response.

It's Friday afternoon and I'm neck-deep in a discussion about metal and coding with Rob Whitlock, a Stanford-educated developer at Pandora, musician, and unapologetic metalhead. He's also one of the most opinionated S.O.B's I know when it comes to music.

Me, I'm a former coder with a modest collection of melodic death metal (thank you, Soilwork). So I took note when Stack Overflow's 2019 Developer Survey reported that coders listed "more kinds of metal than some of us knew existed" as their music of choice for staying focused. I'd always figured Rob is the only metal fan dedicated enough to blast Bathory while working. Turns out, I was wrong.

According to Julia Silge, a data scientist at Stack Overflow, 3.2 percent of survey respondents listed some type of metal as their go-to: from thrash metal to folk metal to symphonic metal. Ok, so not a staggering number. But still, with an estimated 26 million software developers worldwide, we're talking about a population larger than that of Seattle.

Metalhead coders skew older, with most having 10-20 years experience in the field, and they're more likely to be from Europe or Brazil than from the U.S. or India.

Huh? Surely more than 3 percent of developers dig one type of metal or another. What do European and Brazilian devs know that their North American, Indian, and Aussie counterparts haven't caught on to yet? Also, what the heck is folk metal? (Please tell me there are bagpipes involved.)

It's going to take a knight in shining, 4-inch-spiked armor to rescue me from a lifetime spent wondering. So I called up Rob.

"The first thing you need to remember is that rock is not metal," he says. The difference is the vocals, or as they say in the industry "vokills" -- virtually unintelligible utterances that could be mistaken for Cookie Monster or a Ringwraith. Even traditional heavy metal bands like Iron Maiden and Judas Priest are more aligned with rock than today's metal because they were fronted by singers who, y'know, sing.

The metal that emerged in the 1990s, particularly from Scandinavia and Florida (go figure), is what happened when a bunch of outcasts decided to channel their hurt and frustration into making music. They get a bad rap for being misanthropic, horrible people -- a stereotype their appearance and album cover imagery helps perpetuate. And a few musicians have indeed taken their malevolent personas too far. But, as a whole, the metal community is supportive and close-knit.

"There's a lot of camaraderie in metal," Rob says. "The musicians go to each other's shows, collaborate with each other, and are just so appreciative of the fans, who in turn, are super passionate. It's inspiring. It's one of the reasons I continue to listen to it."

Passion is a prerequisite. Genres like death metal and black metal challenge the listener in ways other music doesn't. It's technical. It's dissonant. And that's by design. Instrumentally, it's much like the hardest, earliest Metallica. But once you slap those vokills on, it's suddenly inhuman.

"That's what appeals to me about death metal when I'm coding, believe it or not," he says. "When I hear clean singing, my brain starts tracking what they're saying and it's distracting. But with the vokills, it's just a sound. You don't think about what they're saying so it just fades into the background."

Death metal is notoriously fast -- easily 200 beats per minute -- which gives it an energizing quality that propels you forward as you work. Its distinctive "blast beats," pioneered by bands like Napalm Death and Morbid Angel in the 1980s, combine double kick drums and unrelenting 16th notes on the snare to create a sonic maelstrom. Layer on a bass line and intricate guitar riffs, and you've got the musical ingredients for powering through a tough coding task.

Black metal may be even better for working because it's easier on the ears in some ways. It's heavy as hell, but there's an atmospheric quality to it. The vokills are raspy, in contrast to the guttural barking of death metal. Guitars move between chords and a rhythmic, repetitive style of playing called tremolo picking (which basically means picking the same note as fast as you can). The result is a mournful wall of sound.

"If I know I'm going to be at a task for a long time, I'll put black metal on. Especially if it's something I'm a bit sad about doing. Like documentation". (Ha.)

"Black metal is emotionally evocative in a way that death metal isn't," Rob continues. "There are times when you're coding and you sort of need that emotional awareness." Take writing tests, for example. You're not only making sure your code works, you're also leaving a trail for the next person. If you do it well, they'll be able to come in cold and understand your code right away.

"I also put black metal on when I'm preparing for a meeting where I'll need to do a lot of talking. Connecting with people is part of the deal if you want them to listen, and you have to be emotionally available in order to make that happen."

Speaking of emotionally evocative... doom metal, anyone? "Not great for when you're working," Rob cautions. "Don't get me wrong. I love doom metal. But the vocals are pretty clean, and it's usually based on a pentatonic scale like blues which makes it really melodic. It's also slower with a lot more space between the notes because they tend to play behind the beat. So it's easy to get distracted by it."

In other words, save the doom metal for after work when you need to decompress. "Except for High On Fire. They're super high-energy with just insane riffs. The energy trumps everything. I can listen to that while I'm coding."

High On Fire notwithstanding, vokills seem to be the key feature that makes death metal and black metal great sonic backdrops for programming. Which makes me wonder how power metal fans (4 percent of respondents who said they choose metal for focus while coding) can concentrate with all those clean vocals happening.

But after exploring power metal in the course of writing this article, I agree with Rob: the less said the better.

Don't just take our word for it! Try the "Metal for Coding" station our pals at Pandora spun up. Log in with your existing account or create one for free and get ready to rock.

DZone editor's note: We've also put together our own metal playlists for your listening, um, is pleasure the right word? Regardless, enjoy!