IT managers have grown accustomed to the industry's continual reinvention as new technologies have their day in the sun. Organizations concerned about being left in the competition's dust as the Big Data wave sweeps across the IT landscape can relax. Considered from a business perspective, Big Data analysis bears a striking resemblance to tried-and-true methods. Still, realizing the benefits of Big Data requires seeing your company's data in a less-structured and more-flexible light.

Technology cycles have been around for so long that they're predictable. First, the breakthrough is hyped as the cure for everything from the common cold to global warming. As reality sets in, the naysayers come to the fore, highlighting all the problems and downplaying any potential benefits. Finally, the new technology is integrated into existing systems and life goes on -- until the next cycle.

At the moment, big data is positioned somewhere in the hype cycle between cure-all and hogwash. As big-data principles find their way into established information-technology models and processes, it becomes easier to separate the technology's benefits to organizations from its potential pitfalls. 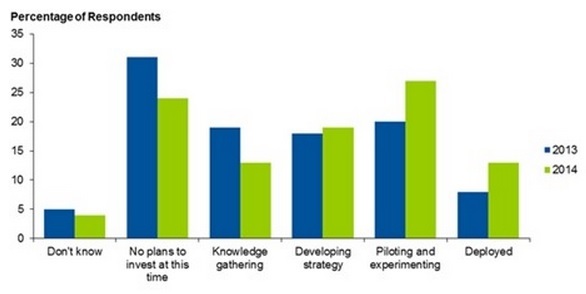 A Gartner survey released in September 2014 indicates that 73 percent of organizations have invested in big data or plan to do so in the next 24 months. Source: Gartner.

Topping the list of Big Data misconceptions is what exactly constitutes "Big Data." In an October 16, 2014 post on the Digital Book World site, Marcello Vena lists the three defining characteristics of big data:

With Big Data, Quality Is More Important Than Ever

Conventional data systems characterize data elements at the point of collection, but big data requires the ability to apply data attributes in the context of a specific analysis at the time it occurs. The same data element could be represented very differently by various analyses, and sometimes by the same analysis at a different time. 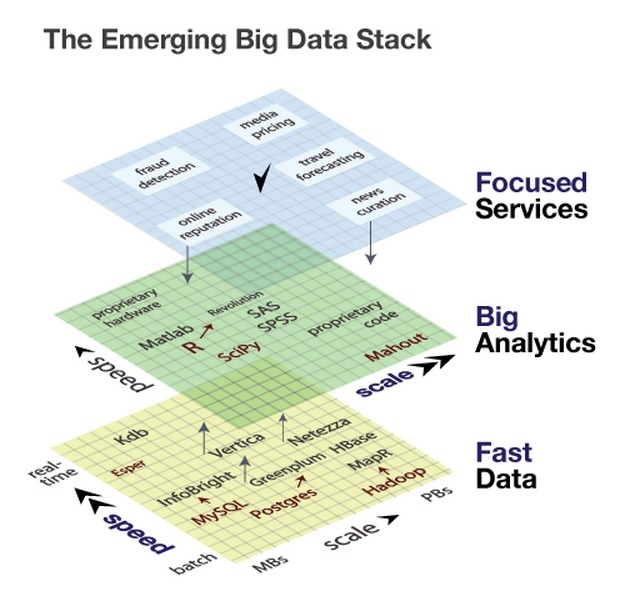 Big Data doesn't realize its value to organizations until the speed and analysis abilities are joined by business applications. Source: O'Reilly Radar.

Big data doesn't make data warehouses obsolete. Data warehouses ensure the integrity and quality of the data being analyzed. They also provide context for the data, which makes most analysis more efficient. ZDNet's Toby Wolpe explains in a September 26, 2014 article that Big Data analysis tools are still playing catch up with their data-warehouse counterparts.

High volume can't replace high quality. In an October 8, 2014 article, TechTarget's Nicole Laskowski uses the example of geolocation data collected by cell phones. In theory, you could use this data to plot the movements of millions of people. In fact, we often travel without taking our cell phones, or the phones may be turned off or have location tracking disabled.

Focus on the business need you're attempting to address rather than on the data you intend to analyze or the tools you will use for the analysis. The shift to Big Data is evolutionary rather than revolutionary. Off-the-shelf data-analysis tools have a proven track record and can generally be trusted to clean up unreliable data stores regardless of size.