Back in January, hackers pulled off the once unthinkable: They gained control of more than 50 percent of Ethereum Classic’s blockchain network, proving that with enough computing power, blockchain can (and decidedly will) get hacked.

Sadly, Blockchain has been struggling with this realization ever since. He was supposed to be invincible, after all. The next big thing in finance, the Internet, contracts, cloud storage, social networking, encrypted messaging, proof of ownership, voting, real estate, and even food safety.

But now he’s seeing tweets like the one below, and he could really use a hug. 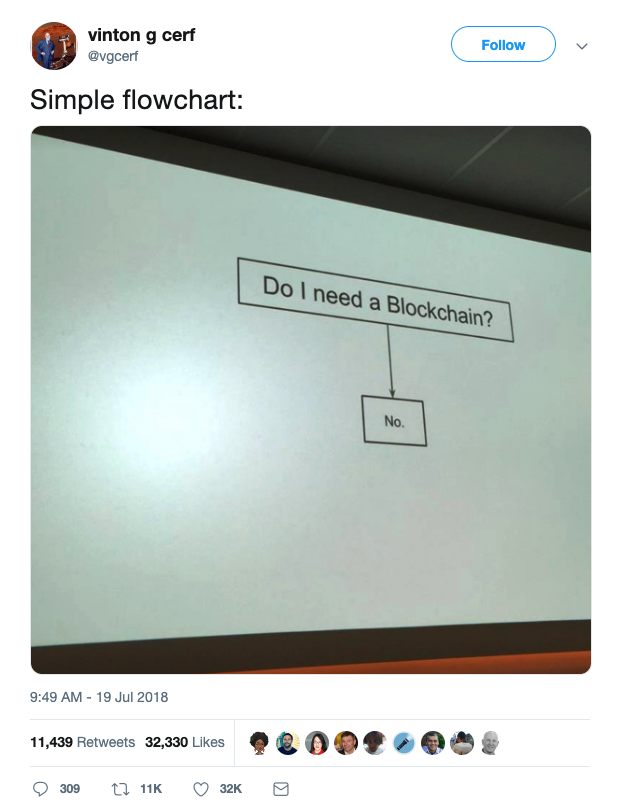 Thankfully, though, Blockchain has found someone to help him get his self-esteem back on track, a caring nurturer and member of several 12-step programs (though not a licensed therapist).

What follows is the transcript of their most recent session:

Mr. Smalley (Blockchain’s pseudo-therapist): Believe me, I know what it’s like laying there awake with all those tapes rolling. 'I’m a fraud. Tomorrow I’m going to be exposed for what I am, a big imposter. I just want to curl up, and lay in bed all day, and eat fig Newtons.'

Mr. Smalley: Yes, now look in the mirror. Come on, don’t look at me. Only you can help you. That’s it. Say, ‘hello, Blockchain.’

Mr. Smalley: I don’t have to be the most secure technology out there.

Mr. Smalley: I don’t have to be the cornerstone of all future business and industry.

Mr. Smalley: All I have to be is the best Blockchain I can be.

Mr. Smalley: Because I’m good enough, I’m smart enough, and doggone it, people like me.

If you were as moved by Mr. Smalley’s inspiring words as we were, you really should check out the video below of another session he did a few years back. It was singlehandedly responsible for his client becoming the superstar we know him as today.

Here’s hoping that Blockchain, too, gets it together.