The notion of ‘smart city’ is now grabbing the attention of the brightest leaders from both the tech industry and government/infrastructure. While a new concept in itself, smart cities incorporate existing and developing technologies. One of these new, surfacing technologies is blockchain. Empowered by a high level of blockchain security and other characteristics, smart cities are expected to set a brand new quality of life for the urban population.

Smart Cities in 2018: Concepts and Characteristics

In recent years, the concept of a smart city has become one of the dominant topics in tech discourse. The realization of the concept and empowerment by advances in the IoT domain seems to be closer than ever before. At R-Style Lab, where we deal with a variety of IoT projects, we see the rate at which IoT application development is growing and how quickly products are adopted.

However, the notion itself remains quite vague. Different specialists provide their own definitions but admit that smart cities present a problem with the convergence of urban planning and technological innovation.

Principles of the Smart City

Some projects with data-driven systems for transport, waste management, law enforcement, and energy use have been undertaken by CISCO and IBM.

Other tech directions of key importance for the ‘smart city’ concept, which we, at R-Style Lab, are developing, include smart stores, smart parking, and smart building management systems.

Blockchain: How to Adapt It to Smart City Concepts

The wide use of technologies operating with open data poses a challenge to the smart city concept, with the primary concern being the safety and privacy of personal data.

Because of these concerns, blockchain looks like a promising solution to this problem. It looks so promising, in fact, that Dubai’s government has announced its plans to start running the city on blockchain, executing all of its transactions and placing all of its documents with its algorithms.

In order to pass to the digital asset processing on a blockchain, the owner of the assets, or the transactor, needs a digital identity to engage in those transactions.

Passwords are no longer a sufficient tool and a skyrocketing number of hacking attacks in the recent years proves it. Biometrics with its retina scans and face recognition software hasn’t become a widespread solution, due to high implementation costs and difficulties in installation.

Using blockchain, with its cryptographic private and public key pair mechanism, for creating a third value – a digital signature – can be a secure solution.

What is the Mechanism Standing Behind Self-Sovereign Identity?

The notion of ‘self-sovereign identity’ is getting widely spread and sometimes even regarded as the first step to the next wave of the web evolution. It provides the idea of a consolidated digital identity, belonging to a person intrinsically and not issued by a centralized authority. Its aim is to replace the current fragments of a user’s identity scattered across different organizations, applications, and websites, with no user’s control over their storage, updating, or sharing.

Blockchain looks like a solution for backing up the self-sovereign identity. Its Distributed Ledger Technology (DLT) is decentralized and based upon the principles of a distributed key management and encryption technology of peer-to-peer (P2P) sharing of claims. In this network, a person’s ID is a container, created by an individual and allowing them to accept credentials from any other person or organization from this ecosystem. 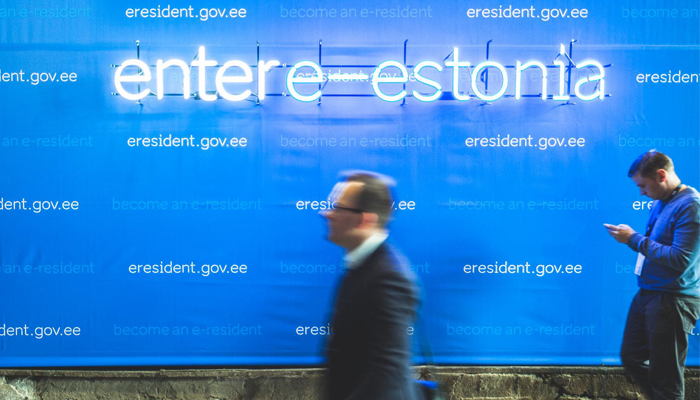 That’s why the example of Estonia, a small European country, is so impressive.

While many governments are figuring out what blockchain is and how it can be applied, Estonia has established the Institute of e-residency where a resident from any country in the world can get their e-residency in Estonia. Then, they are able to find a digital company in the country for doing business without ever coming there.  Along with digitizing personal data of its own citizens, they can access voting procedures, healthcare documents, and much more with their blockchain-based identity, 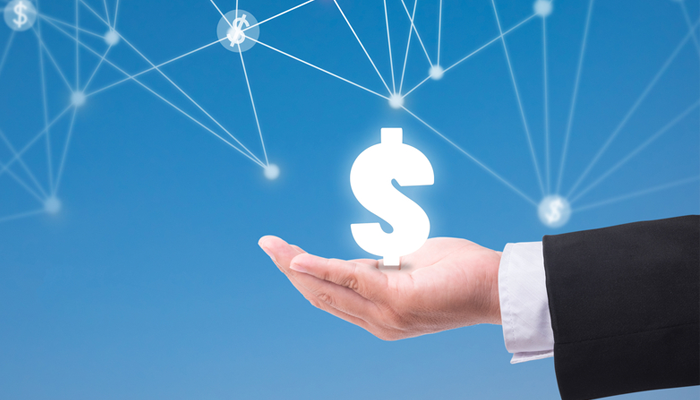 Blockchain as a Tool for Reshaping Sharing Economy Concept

A remarkable feature of the blockchain technology is the elimination of the need for a central authority and trusted middlemen in contacts between untrusted parties entering a transaction process. This can dramatically change the way we perceive economic relations between parties nowadays.

How can Sharing Economy Communities Benefit From Blockchain Technology?

These benefits are ensured by innate principles of blockchain:

One of the examples of smart contract applied to the concept of smart cities is Slock.it. This is a sharing platform that deals with the rent of the property, cars, and other assets. For example, when payment is made, the contract automatically opens the door to the rented property.

Is It the End of Extraction Economy?..

The idea of sharing a collaborative economy is simple. It is based on the principle of sharing underutilized assets, whether that includes cars, houses, or other objects.

Nowadays, there is a general misconception of the notion among users of sharing resources. They think that they interact with another individual solely, whereas, in reality, transactions pass through infrastructure, hubs, and software that belong to the company-owner of the platform and extracts its share of profits from each interaction.

This model, which got extremely popular following the 2008 economic crisis, gave rise to the notion of ‘platform capitalism.' This involves a platform that allows people to find and purchase local services run by companies that extract their percentage for being an intermediary between two contractors and take their share of profit out of the community.

This approach is embodied by services like Uber, Airbnb, and Google with its local search services. Venmo is another similar platform, enabling ‘social’ payments, i.e. sharing them with other people.

Blockchain has the potential to change the global technical, financial, legal, and tech infrastructure of intermediaries into a decentralized peer-to-peer marketplace.

Blockchain as Guarantee for E-Government

In 2016, the Crown Prince of Dubai announced a plan to secure government documents on the blockchain by 2020, making it the first blockchain-powered city.

This perfecrtly correlates with modern tendencies for more direct models of citizen participation, transparency, and greater access to public information.

How to Apply Blockchain to City Governance

The blockchain technology ensures a neutral, non-hierarchical, accessible, and secure information database in environments where there is currently no confidence among their actors. This makes it ideal for avoiding corruption and creating transparency while dealing with governmental authorities.

Besides, a blockchain record interconnects government records, such as laws, expenses, contracts, permits, etc., thus simplifying the coordination of services.

With the forecasts saying that by 2050 68 percent of the world’s population will be urban, the concept of the smart city looks like the most technically advanced solution on how to adapt a city area and infrastructure to its new challenges.

With more than 200 different definitions of ‘smart city,' the concept implementation already sets a whole new range of requirements to its governors. First of all, it implements the security of data and transparency of interactions.

The use of blockchain for tackling these issues doesn’t remain purely theoretical with a number of launched blockchain-empowered projects. Real property, sharing platforms, public sector – we can already see the examples of applied blockchain technology. The near future will show how successful these projects truly are.