One of the talks in my current portfolio is Migrating from Imperative to Reactive. The talk is based on a demo migrating from Spring WebMVC to Spring WebFlux in a step-by-step approach. One of the steps involves installing BlockHound: it allows to check whether a blocking call occurs in a thread it shouldn't happen and throws an exception at runtime when it happens.

I've presented this talk several times in the previous week, both in its Java version and its Kotlin one. One such presentation was at Javaday Istanbul. After the talk, one of the questions I received was, "How does BlockHound work?" I admit that at the time, I couldn't remember. After the surprise had passed, but too late, I remembered it involved a Java agent. But I wanted to go down the rabbit hole.

Reactive Programming is based on asynchronous message passing. Different frameworks/libraries will differ in their approach: for example, in Project Reactor, an API call is not a blocking request-response call but a subscription to a message(s) that the publisher will deliver in the future.

If one call in the chain is blocking, it "freezes" the whole chain until the work has finished. In that case, it dramatically diminishes the benefits of the Reactive approach. Enters BlockHound:

BlockHound will transparently instrument the JVM classes and intercept blocking calls (e.g. IO) if they are performed from threads marked as "non-blocking operations only" (ie. threads implementing Reactor's NonBlocking marker interface, like those started by Schedulers.parallel()). If and when this happens (but remember, this should never happen! :-P), an error will be thrown.

In few words, BlockHound checks for blocking calls in places where there shouldn't be.

At this point, I naively figured that every blocking call would throw an exception. That's not the case. You can see for yourself by executing the following code:

Though sleep() is blocking, the program executes normally.

Getting a bit into BlockHound's source code reveals that sleep() is indeed configured as blocking (along with several others):

So, what's the problem?

Blocking Calls on the "main" Thread

Blocking calls is not a problem per se. A lot of calls are blocking but required anyway. It wouldn't be possible to throw on every blocking call.

The problem is to waste CPU cycles unnecessarily:

Hence, blocking methods should run on their dedicated thread. This approach wastes nothing.

Because of that, BlockHound doesn't throw on every blocking call but only on such calls that happen on threads that should be non-blocking. To mark a thread as non-blocking, we need to configure a predicate.

Running the above code expectedly throws the following:

To be entirely sure, let's tweak our code to mark another thread only as non-blocking. sleep() in main shouldn't throw while sleep() in this other thread should.

As expected, the previous code outputs the following log:

BlockHound Is Only as Good as its Configuration

With that, it's time to check the BlockHound API a bit. 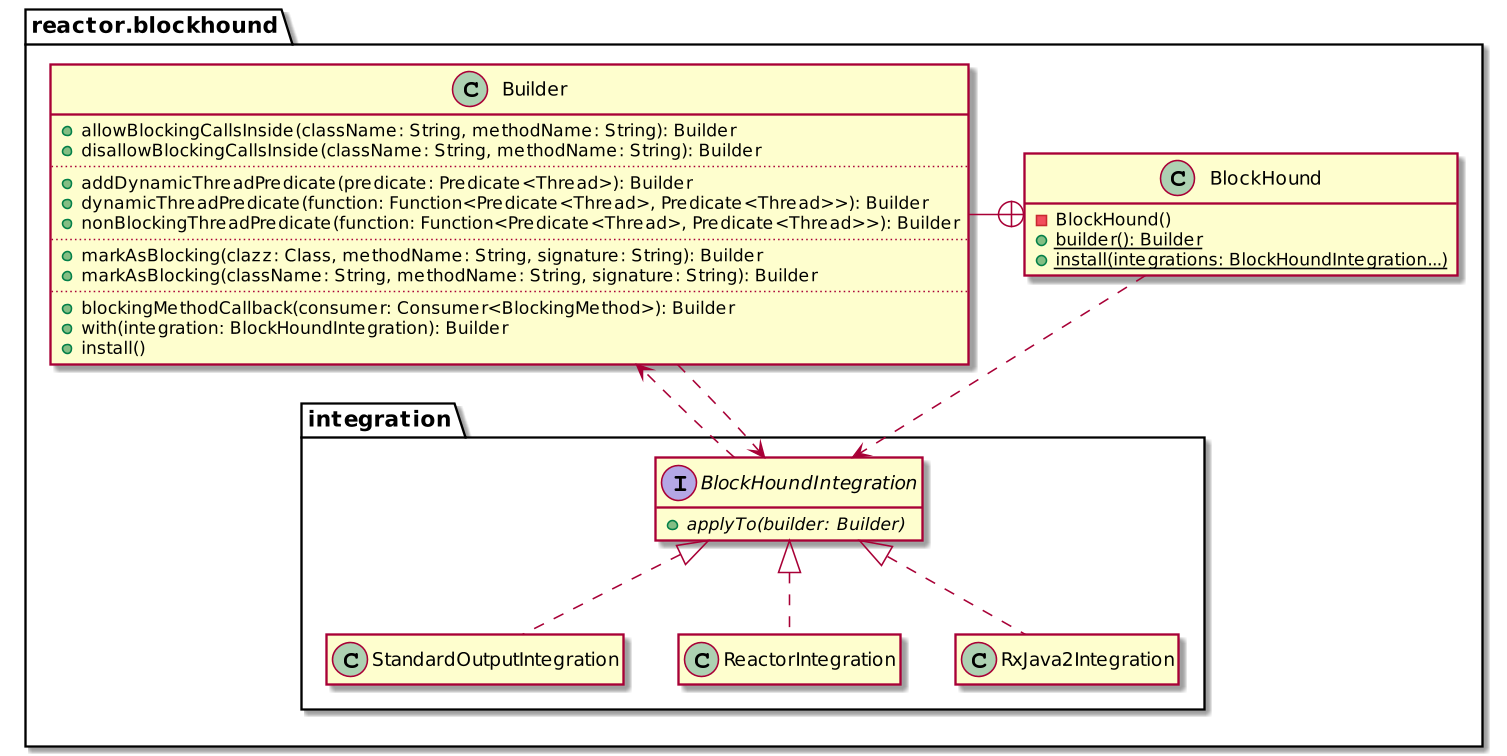 But how does it work?

It's time to get back to our original question, how does BlockHound work?

Here's what happens when you call BlockHound.install(): 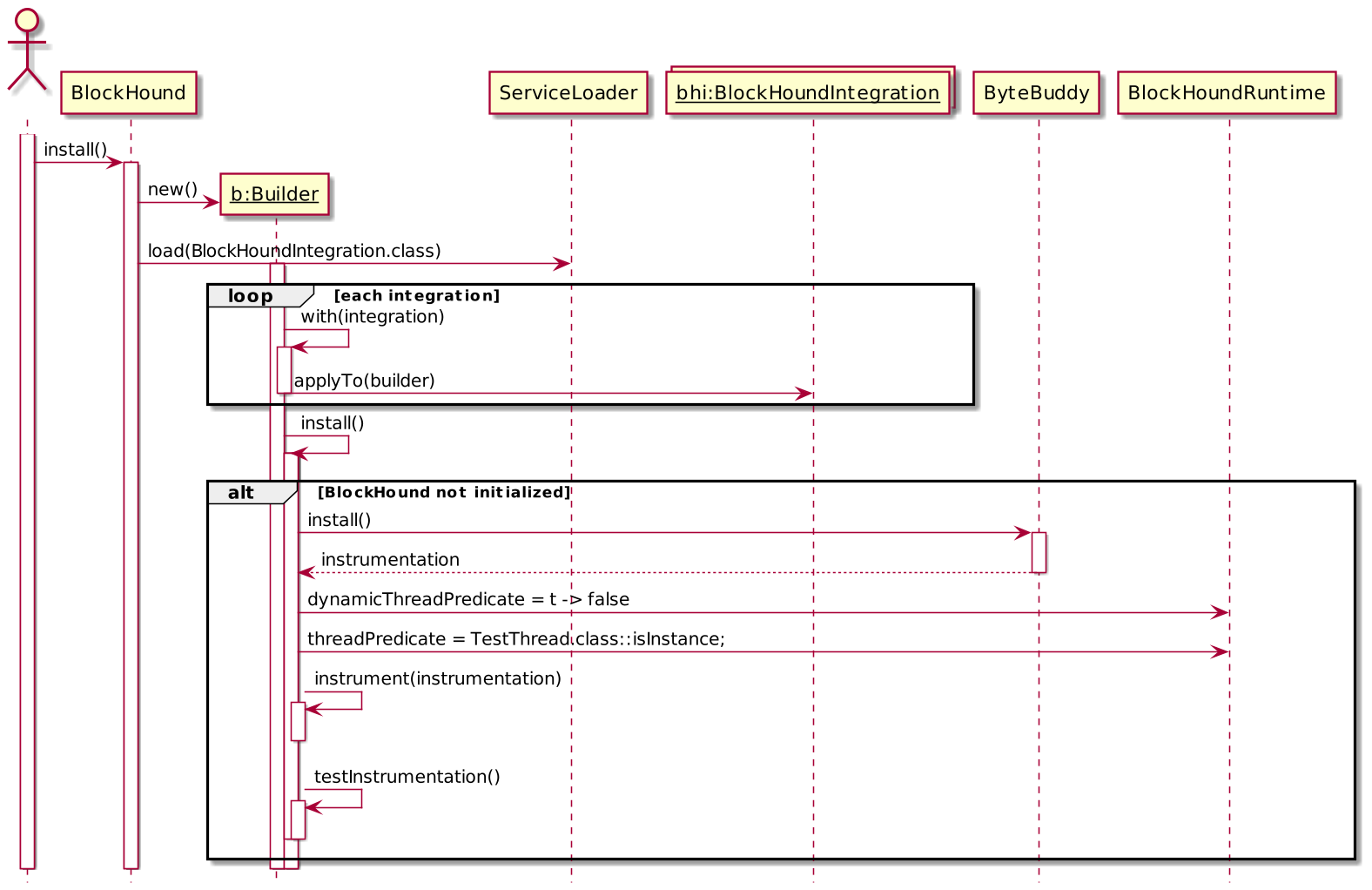 The magic happens in the instrument() method. There, BlockHound uses bytecode instrumentation to inject a code snippet in front of every method marked as blocking. A method is blocking if: 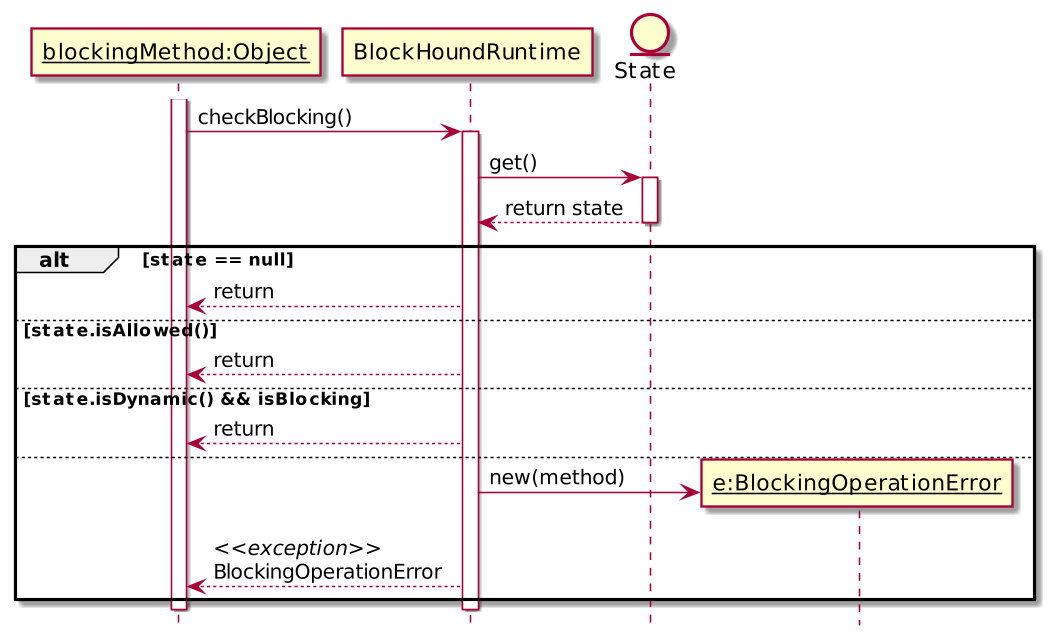 But in this post, we dug a bit under the cover to understand how this simple call worked.

Thanks a lot to Violeta Georgieva for her review!

Originally published at A Java Geek on June 20th 2021