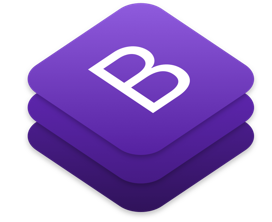 Bootstrap was originally named “Twitter blueprint.” In the beginning, it was just made as a framework to endorse and support consistency across internal tools. Before Bootstrap, there were several libraries that were being used for the development of interfaces. A large number of libraries caused a lot of inconsistencies. Along with the actual developer, Mark Otto and a few colleagues (several other team members from Twitter) contributed to this project in the Twitter "Hack Week." Bootstrap was then introduced as an open source project. It had a twelve-column responsive grid layout system. It was no longer used solely as an internal tool maintainer for Twitter.

This year, 2018, the newest version of Bootstrap has been introduced. It has been named "Bootstrap 4." This version has been claimed to be a newer and more advanced version of the previous version, "Bootstrap 3."

A lot of changes have been made. These changes include:

Bootstrap has a lot of features. These features not only make it stand out, but they also make it more popular even among those web designers who like to take things in a very conventional way.

1. Easy to Begin With

It is pretty easy, to begin with. Being easy to get started with is probably the first quality which makes Bootstrap very appealing.

2. LESS as Well as CSS Files

Bootstrap not only offers LESS files but also includes the old CSS files.

Despite the fact that Bootstrap is designed in responsive 12-column grids, layouts, and components, it is also very easy to customize. Whether you need a fixed grid or a responsive one, it can be made possible by making a few changes. Offsetting and nesting of columns are also easy to do in both CPU-based and mobile-based browser grids.

Some of the components that come pre-styled in Bootstrap are:

The drop-down component menu is a responsive additive feature of a website. To include it in a website, a lot of different plugins, mostly Java-based, are tested. But, via Bootstrap and its easy customizing options, this can easily be done in a matter of minutes.

The readily available templates make it easier for inexperienced users to create a website following a simple tutorial or demo available on the Bootstrap.

Everything has its pros and cons. We have talked about the features that make Bootstrap appealing. Now we will discuss a few flaws and drawbacks of Bootstrap. One of the biggest drawbacks is its free availability. Since it is a "Free for all" program, there are higher chances of people using common themes on their individual websites. Now, there is big competition to develop the most unique and different website using the same library that maybe 10,000+ people are already using or have used. Due to increased use in this modern day and time where websites have such a big part of a person’s everyday life, it has become quite easy to determine which websites and applications have used the same template unless they have been heavily and massively customized.

Examples of Usage of Bootstrap

This is a pretty simple one-page template. It is used for photo galleries, portfolios, and a lot more. 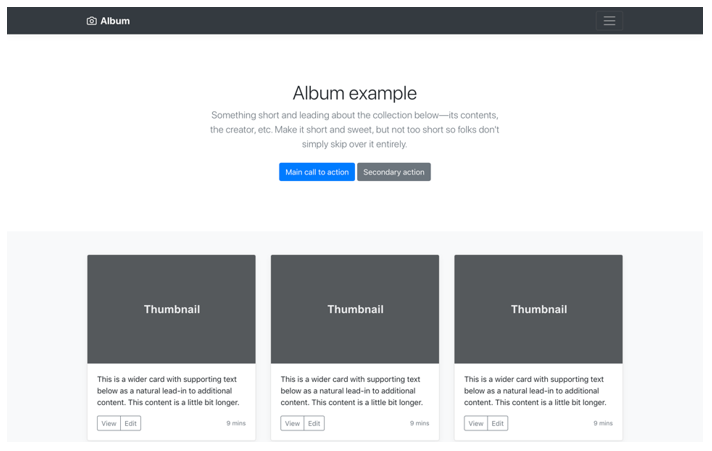 With this custom component, a pricing page can be built with Cards. It features a custom header and footer as well.

This component provides you with a Custom checkout form. The form components are shown along with their validation features as well.

This is a one-page template. It is used to build pretty simple and appealing home pages.

This is a magazine like a blog template. It includes

It is a basic administrator dashboard shell. It has a fixed sidebar and navigation bar.

With this template, you can create a marketing page that is focused on the product. It includes an extensive grid and beautiful image work as well.

Bootstrap is becoming the world’s favorite front-end component library. Using Bootstrap, you can easily build responsive, mobile-first projects on the web. You can quickly prototype your unique ideas. You can build an entire application using their Sass variables, powerful plugins, extremely responsive grid system, and a lot more.

The Big Bang of Web Development: What Is Bootstrap?

Top 5 CSS Frameworks That You Should Pay Attention TO