TL;DR: The JavaScript ecosystem has a plethora of libraries and frameworks for front-end development. ReactJS is one of the young and shiny new libraries on the block. Even though it's only a few years old, it has gained lots of traction from JavaScript developers around the world. One of ReactJS's selling points is the ability to easily build reusable components. Another salient point is that not only does it perform on the client side, it can also be rendered on the server side.

ReactJS was built by Facebook to solve one problem: building large applications with data that changes over time. It utilizes the concept of the Virtual DOM that selectively renders subtrees of nodes based upon state changes. The component-based architecture that ReactJs emulates makes it incredible to work with. Components in ReactJS are self-contained views that get their data from triggered events or as inherited property from other components. There are essentially two main ways of writing components, using React.createClass and extending React.Component. Props and States in ReactJs also make it fun to work with. Learn more about the basic concepts of React here.

ReactJS supports the use of ECMAScript 6 features. With Babel, you can write ReactJS the ES6 way, making use of classes, arrow functions and a host of other ES6 features.

Bootstrapping a ReactJS project involves setting up lots of tools, and it can really be a daunting task. Thankfully there are several tools provided for developers by the community to aid in setting up your project without breaking a sweat. In this post, we'll cover tools that you should be aware of in bootstrapping your next ReactJS project.

The first step is to set up a development environment for your ReactJS project. Webpack, a bundler utility, and Babel are key tools here. Babel lets us write code that uses new ES6 features, and then transpiles that code into standard ES5 code that can actually run in the browser. When setting up a new project:

Note: JSX is a JavaScript syntax extension that looks similar to XML. You can write concise HTML/XML-like structures in the same file as you write JavaScript code. With Babel, JSX files can be transpiled into actual javascript code.

A sample webpack.config.js is shown below:

The application's entry point is set at the entry. The file specified at theentry is the first component that the Web page loads. Webpack will bundle all the JS and JSX files into the file that's specified in the output object. Webpack dev server is set to inline which allows a kind of reload on the fly and the application will be served at port 3333. In the module object, we specify the Babel loader to use react and es2015 presets for convertingES6 and React code into code that the browser understands. The webpack plugins add the ability to use class properties and decorators.

Note: Babel presets are basically plugins that have been configured to do a particular task.

The idea behind hot reloading is to keep the app running and to inject new versions of the files that you edited at runtime. This way, you don't lose any of your state which is especially useful if you are tweaking the UI.

Another option is to install react-hot-loader and add react-hot to the loader in the webpack.config.js file like so:

To make things really easy, add a start option to the scripts object inpackage.json file like so:

The code above shows we have added the --hot option. This enables the hot reloading once you start your app by running npm run start.

Routing is an essential part of any application. The most popular choice for doing this in a ReactJS application is React Router. In fact, a lot of developers consider it the official routing system for ReactJS. When you want to deal with routing, you have to install the React Router module in your project as shown below: 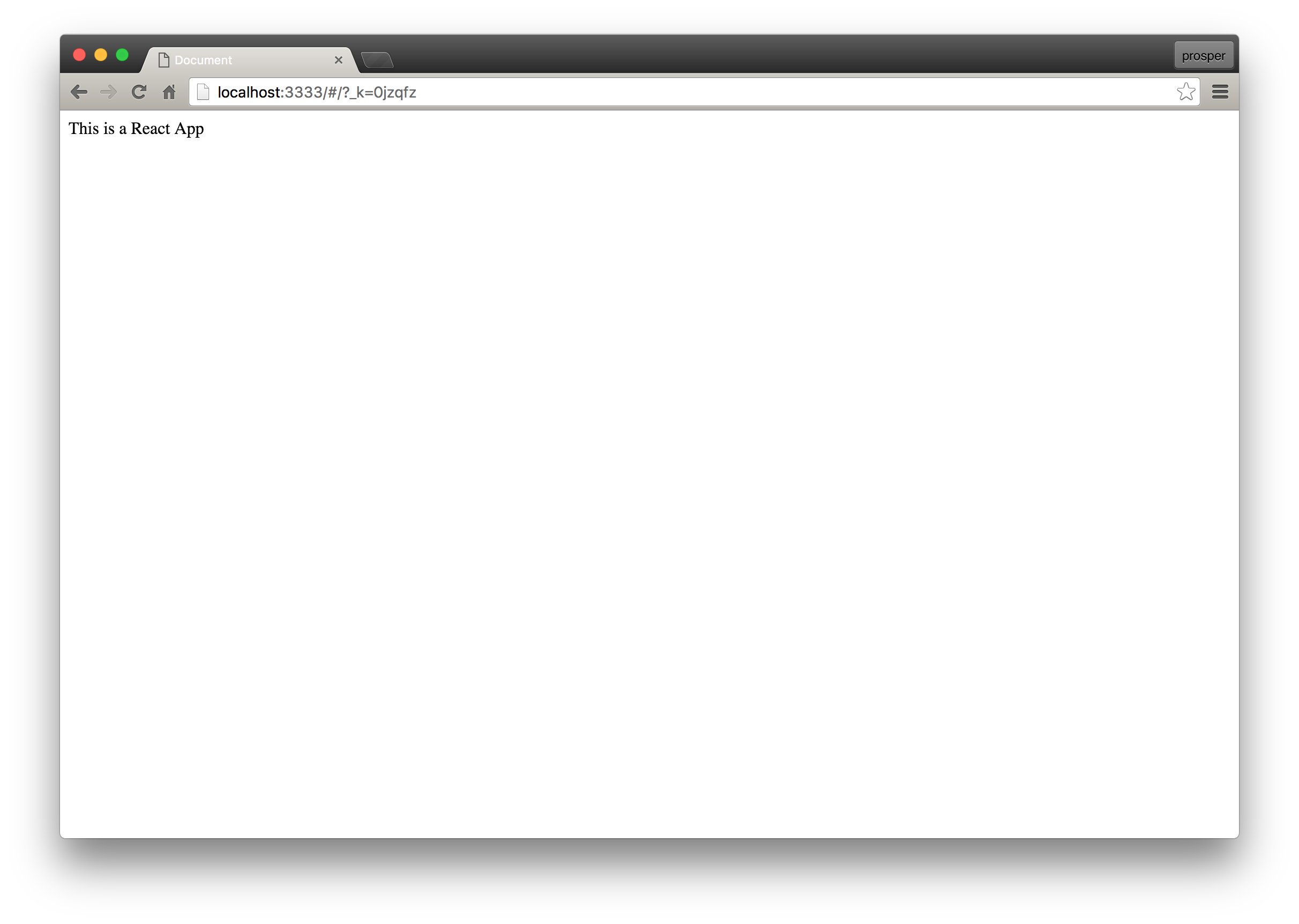 You actually might not need React Router. More info here

There are over 7 billion people in the world. These people speak different languages. One way of making your app available to billions of people around the world is providing support for native languages in your app. In aReactJS project, you can easily achieve that with a very good and well tested library react-intl. By default, react-intl ships with the locale data for English built-in to the library's runtime. This library provides React components and an API to format dates, numbers, and strings, including pluralization, and handling translations. Oh, it supports over 150 languages! 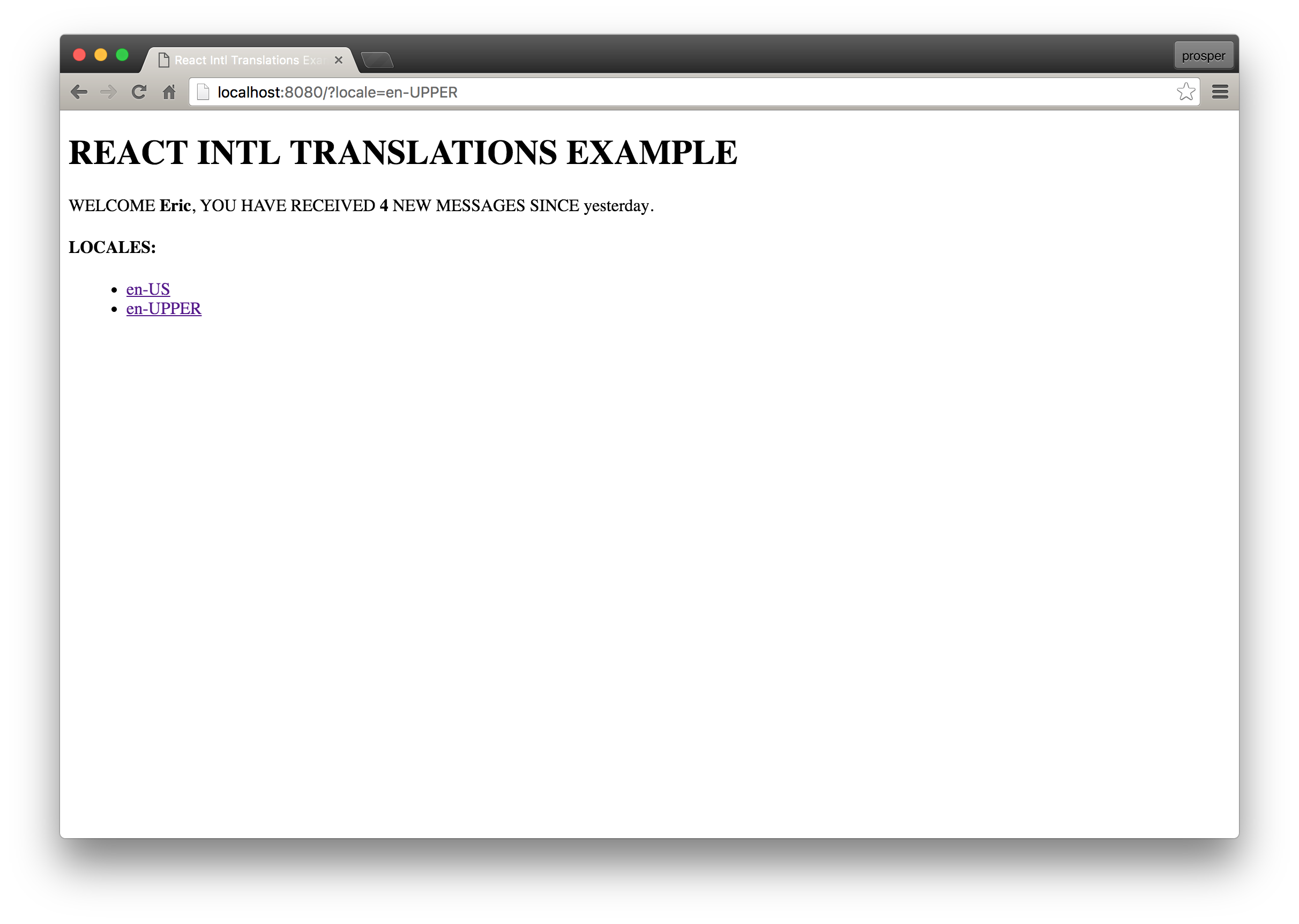 Tomorrow, we'll continue on with part 2.