In this tutorial, learn how to implement effective SSL/TLS security into a web application.

SSL is designed for providing security at the transport layer. There are many applications of SSL in existence since it is capable of securing any transmission over TCP.

There are two main behaviors of SSL: one-way and two-way.

In this model, the server is validating its identity, then providing an encrypted means of communication. We are not concerned with the client's identity. 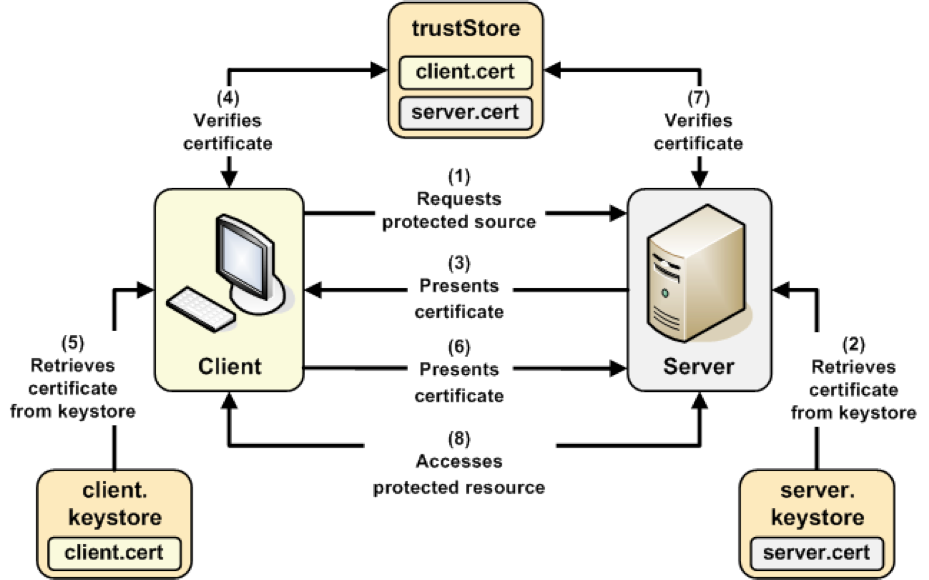 In this model, the client also validates its identity and has its own keystore to provide a certificate. The server has its own truststore to validate the key/cert.

Configuration is relatively simple from the server side of the communication equation:

There are four protocol layers for SSL. They encapsulate all communication between the client machine and the server

Transport Layer Security (TLS) is a protocol that provides privacy and data integrity between two communicating applications. Nowadays, it is used for web browsers and other applications that require data to be securely exchanged over a network.

The name of future versions of the SSL protocol will be changed to TLS, with version numbers of the protocol beginning at 1.0. All the versions of TLS were developed by ITEF.

TLS 1.2 is the current version; they are planning to release TLS 1.3 in the future. There are two protocols layer for TLS:

They are six major difference between SSL and TLS.

To differentiate TLS Version 1.0 and SSL Version 3.0, the protocol version number negotiated by a client and server communicating through TLS version 1 is version number 3.1.

These message types are allowed as Alert Descriptions within the TLS protocol.

TLS implements a standardized MAC (H-MAC) that has been proven in many other implementations. The main benefit to this change is that H-MAC operates with any hash function, not just MD5 or SHA, as explicitly stated by the SSL protocol.

In SSL, the Certificate Verify message requires a complex procedure of messages. With TLS, however, the verified information is completely contained in the handshake messages previously exchanged during the session.

In TLS, the PRF output of the H-MAC algorithm is used with the master secret and either a “client finished” or a “server finished” designation to create the finished message.

In SSL, the finished message is created in the same ad hoc manner that key material is generated using a combination of hash output, selected ciphersuite, and parameter information.