It is not simple to implement a consistent branching model, that complies with the VS TFS Branching and Merging Guide. Ultimately you would want support for this inside Visual Studio.

Team Foundation Server has extensive support for version control and branching management through the object model. You can create your own solution, using the sample Visual Studio Extension, in the Quick Response download package. For an overview see the Quick Reference Sheet, which is also included in the sample code package. 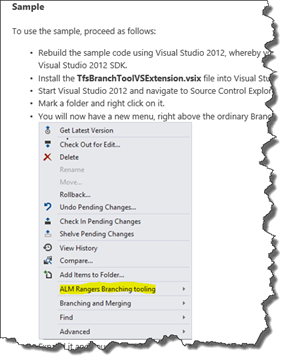 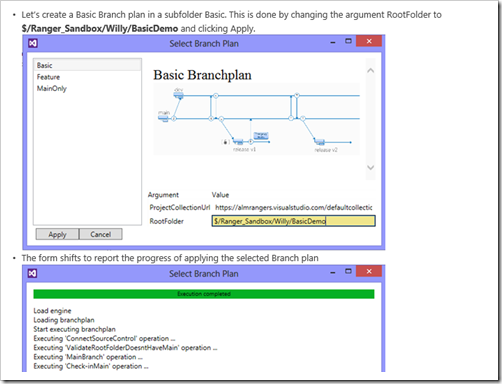 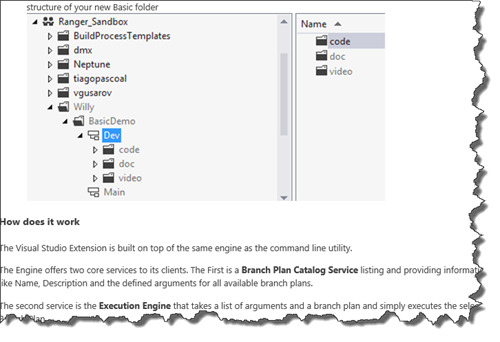 Besides making the creation of a consistent and branch friendly source control hives (which as a dev with a day job makes me smile), the best thing is that the source for all this is available too (Quick Response Sample Solutions). 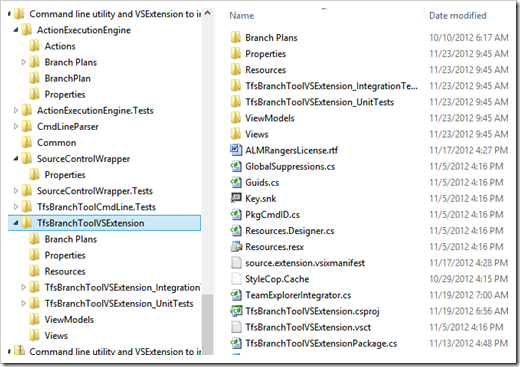 Here's a snap of the Quick Reference card for this QRS, 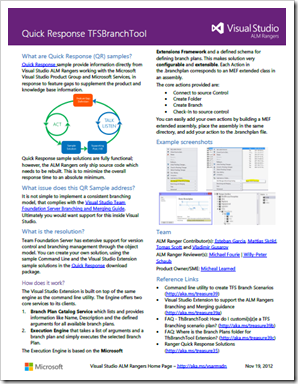