i have raspberry pi 2 with windows 10 iot core, and i plan to use it for some brewing activities. in this blog post, i introduce how to measure temperature with a raspberry pi using ds18b20 thermal sensors. this post is also an example of how easy it is to get started with your iot stuff using microsoft tooling.

in practice, i use this solution to monitor the freezing of eisbock beer. making 20l of beer freeze takes time. depending on the weather outside, it’s 10-18 hours. using this solution, i don’t have to open the bucket after every couple of hours to see if ice is forming, and i can also estimate how long it takes for beer to freeze.

this solution is pretty easy if you know at least something about electronics. i used the blog post thermal sensor connected via i2c by tomáš greňo for inspiration. it describes all this stuff in great detail, and if you are using linux on your raspberry pi, then you can find everything you need to read temperatures there. 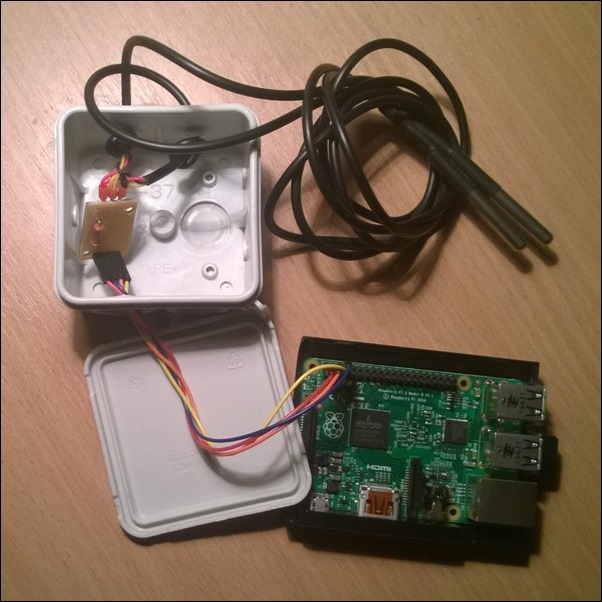 raspberrypi 2 and two thermal sensors solution to control the freezing of beer.
the solution is also ready for my conference trips, and it survives travel. 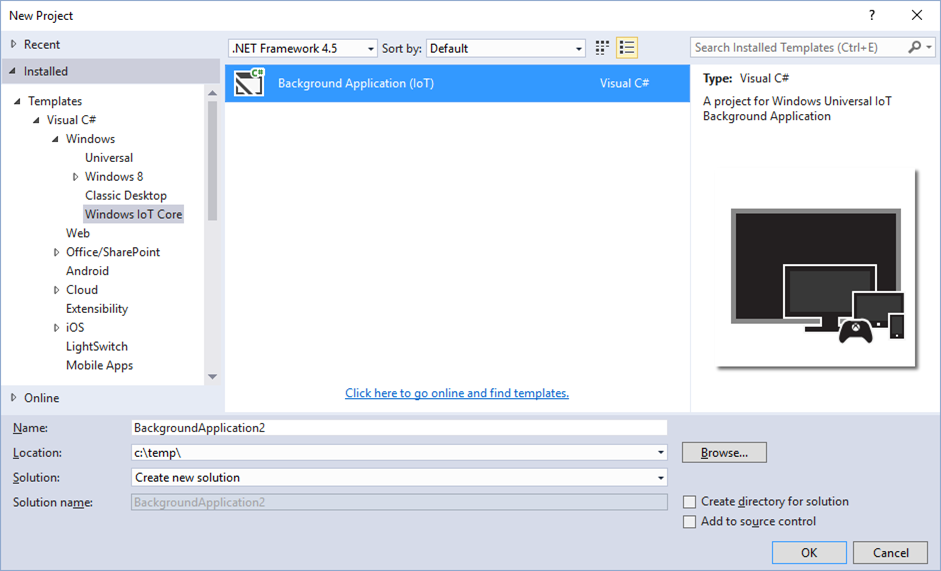 when the project is created, open the nuget package manager and add the rinsen.onewire package to your solution. rinsen.onewire is the implementation of the onewire protocol by fredrik rinsén . it’s written in c# and has built-in support for ds18b20 and ds18s20 sensors.

now let’s write some code. in short, we have to write something like this:

here’s the sample code for the startuptask class that visual studio creates automatically.

build it, deploy it to the raspberry pi and run it on visual studio. you should see output like this:

if you get the following error...

... then try to play with the ad0 and ad1 arguments of the onewiredevicehandler class. by default, these boolean arguments are true. i had to set these to false to make my solution work.

windows 10 iot core and visual studio tooling make it very easy to build iot solutions. of course, we don’t always get away from problems so easily like we did right now, as there aren't libraries for everything we want to do, but still, we have very good tooling that makes development way easier. although we wrote temperature readings to the debug window, we can go further and send the values to some database or a microsoft azure service.