There is an estimated 115,000 – 125,000 beekeepers in the United States. The vast majority are hobbyists with less than 25 hives. Commercial beekeepers are those with 300 or more hives. During the last 10 years, the US has been averaging 30% hive loss over winter. Last winter, across the Midwest, numerous states lost more than 60 percent.

I recently spoke to Rich Morris, an avid beekeeper and enginee, who lives in Madison, Wisconsin. He's the creator of a device called BroodMinder that enables beekeepers to figure out the temperature and humidity of their hive without dismantling the hive.

Hive temperature is critical and signals if the hive is healthy and producing larvae and honey. The devices also allow beekeepers to upload their hive data into the cloud and look for data patterns to achieve citizen science. BroodMinder utilizes the latest in Bluetooth Low Energy (BLE) technology, integrated circuit temperature, and humidity chips. The team believe that by performing simple, uniform measurements on tens of thousands of hives, the beekeeping community will gain insights into hive distress and that, as a community, we will develop interventions to improve outcomes.

Like many in the early stages of making hardware, BroodMinder decided to try crowdfunding to determine the amount of interest in their products. In their first campaign, two and a half years ago, they shipped 500 units.

The company appreciates the learnings of past hardware funding campaigns. Rich shared the challenge of their early days:

"Two weeks after the distribution of our first BroodMinder device, Texas Instruments (TI) recalled the humidity sensor we used because it was inaccurate in a high humidity environment. SIEP#57 recall also fessed up that the sensor would drift up 15% in 18 months. This was devastating news to get.

So, we decided that OK we've got a choice — we could either quit or do the right thing. So, we did a recall to replace everything and generate a lot of goodwill. But, the twenty-five thousand dollars in circuit boards we just had to suck it up, that's what we had to do.

As a result, the device dropped the TI sensor entirely and incorporated a Sensirion humidity sensor, which TI admitted was best in class, according to their competitive analysis."

Since then, they've shipped 10,000 across the globe and collected over 80 million data samples. But, they want to get a sensor in every hive, which means they are crowdfunding again, with the BroodMinder-T2 at a drastically reduced price. As Rich explained:

"In order to get the cost down, we have to purchase 10,000 circuit boards at a time. This is a scary proposition for a self-funded organization, such as BroodMinder. In order to reduce our anxiety and save you money, we are offering pre-sales of the BroodMinder-T2 for $25 each, a 16.7% discount. To get the discount, however, we must reach our funding goal." 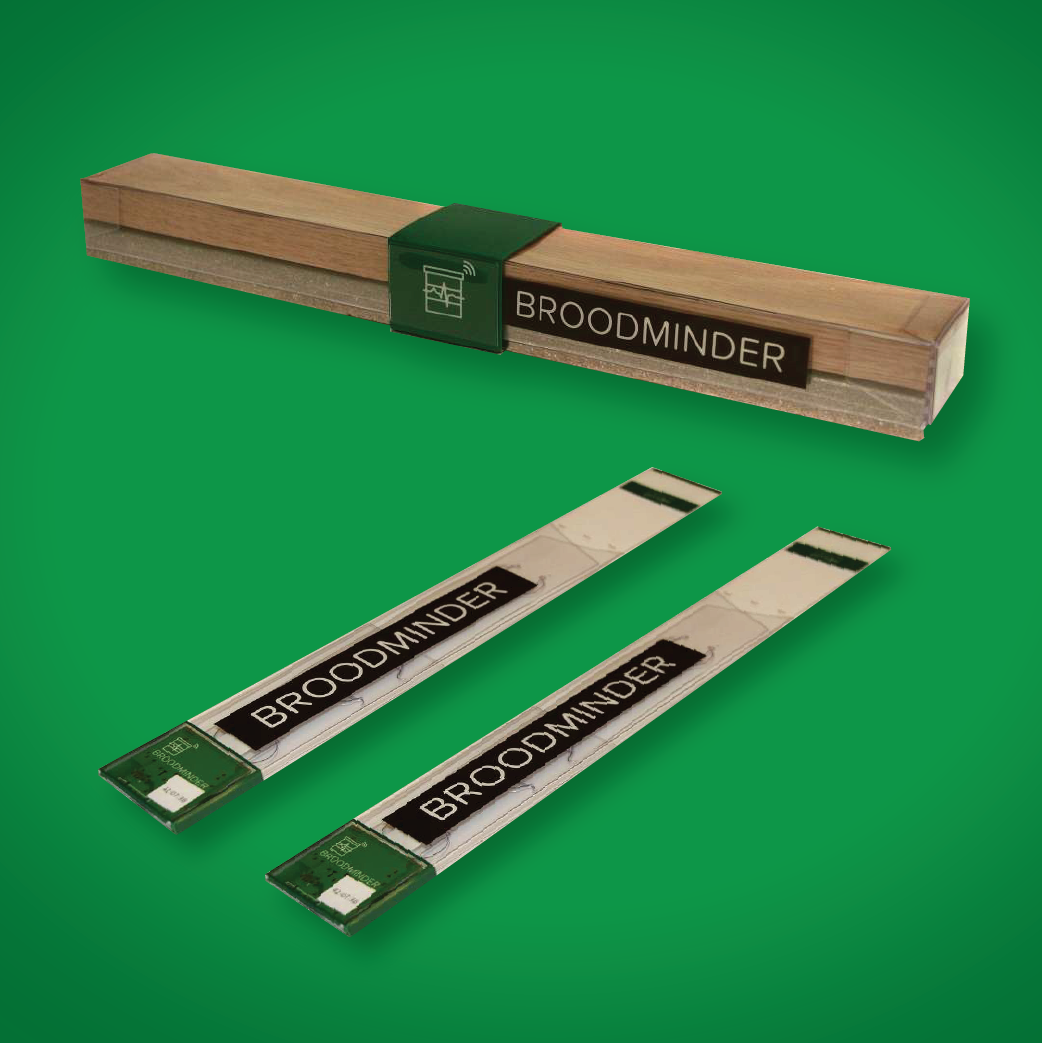 Rich shared the realities of being a hardware startup:

"The first product is never as cost-effective as those that follow. Now, we know the most important things to measure the temperature inside the hive. This is where Silicon Labs have really helped. We want to cut the price in half so we can sell it for less. A new chip required more learning, but let us take the cost down. It was made in the US within 50 miles of where I am. This is important, as it helps you pool on your relationships, which is important when you are a startup."

While such a product as theirs may be eligible to receive research funding, Rich noted that the company decided to not go down that path due to the significant time delays involves in research. However, their products have proved well with researchers, the company is working with NASA and universities in Pennsylvania, Wisconsin, California, and Tokyo, to name a few, looking at national and regional honeybee trends. These trends include honey production and brood rearing, instead of climate and forage availability.

BroodMinder is working to create a worldwide database from the hives of backyard beekeepers. This information is available as public domain on Becounted.org for analysis by anyone who wants to participate. As Rich explained:

"The BroodMinder app can send the beekeeper's hive data to the Cloud with just a push of a button. At Beecounted.org, you can see your own hive's graphs as well as those uploaded by other beekeepers in your area or anywhere in the world. The information can be examined to define normal hive conditions in particular areas, compare and test the interventions recorded, and ultimately define best practices to foster bee survival."

The goal of the project is to gather data from 10,000 hives. The greater the data set, the more likely it is that significant trends can be revealed.

I was curious about the commercial application of the BroodMinder and the data generated through the citizen science project. Rich noted that their bee monitoring kits had attracted industrial interest in Australia and New Zealand, home of the expensive Manuka Honey. In regard to the data, Rich explained: "A fundamental tenement is that we store your data for free as long as you agree it's public domain. Now, at this moment, it's the only reasonable thing to do because we don't know the value and that will change in two years."