When The Nature Conservancy, a leading environmental organization, posted on Kaggle a contest task to develop a fish-classifying algorithm, Ciklum’s R&D Engineering team was on the case.

Protecting water ecosystems, the Nature Conservancy monitors unregulated and unreported tuna fishing in the Western and Central Pacific Ocean. The organization equipped the commercial boats with recording cameras and GPS devices to ensure that everything is done according to the rules. However, a ten-hour trip takes nearly six hours to review. To speed up the process, the Nature Conservancy needed to develop an AI-based solution that would detect species of fish.

Our team, consisting of three engineers, entered the contest along with 2,300 teams from around the globe. All teams were provided with a dataset of 3,700 images sliced from video footage of fishing practices. The time given to develop the algorithm was five months. First, we turned to tried-and-true algorithms for image detection, like HOG and the Viola-Jones method, but ultimately decided that these would not be effective.

In machine learning, convolutional neural networks have outstanding potential in analyzing visual imagery. We made the move to using object detection approaches based on convolutional neural networks instead of classical computer vision. Our team checked out possible applications of current state-of-the-art object detection approaches such as Overfeat, Single-Shot Detector and RCNN-family (Faster-RCNN and Fast-RCNN).

A Pretty Kettle of Fish on Our Way

We had to take all of the following into account. 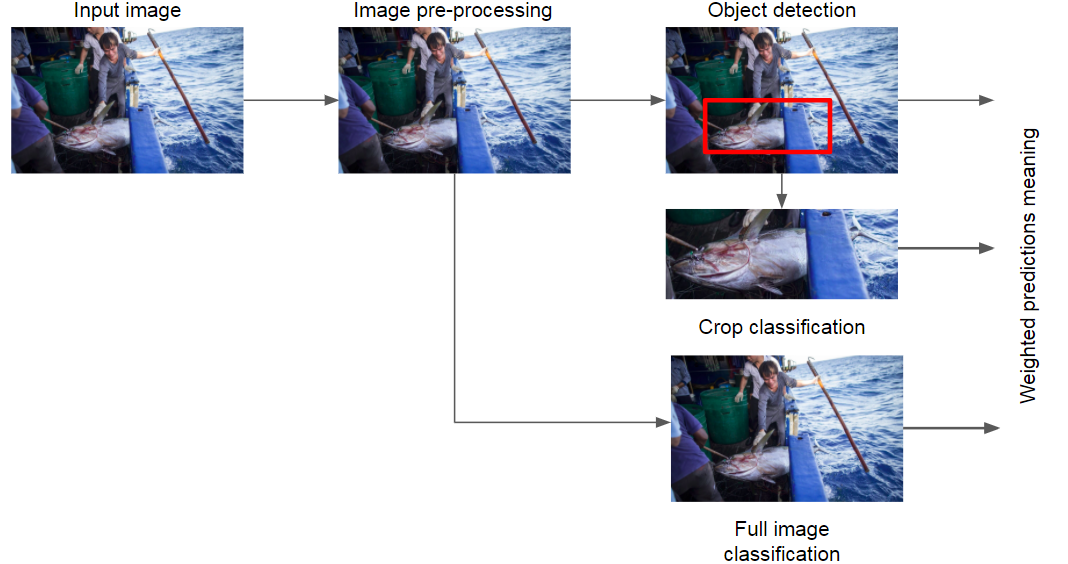 The algorithm for fish detection and classification.

Ultimately, our team hit bronze in the Nature Conservancy’s contest. We scored a 1.5 logarithmic loss on the contest’s main performance evaluation, while the highest score of the competition was 1.1.

As more data are processed, the accuracy of the algorithm will constantly improve. The Nature Conservancy is planning to embed the fish-identifying algorithm into automated monitoring software.